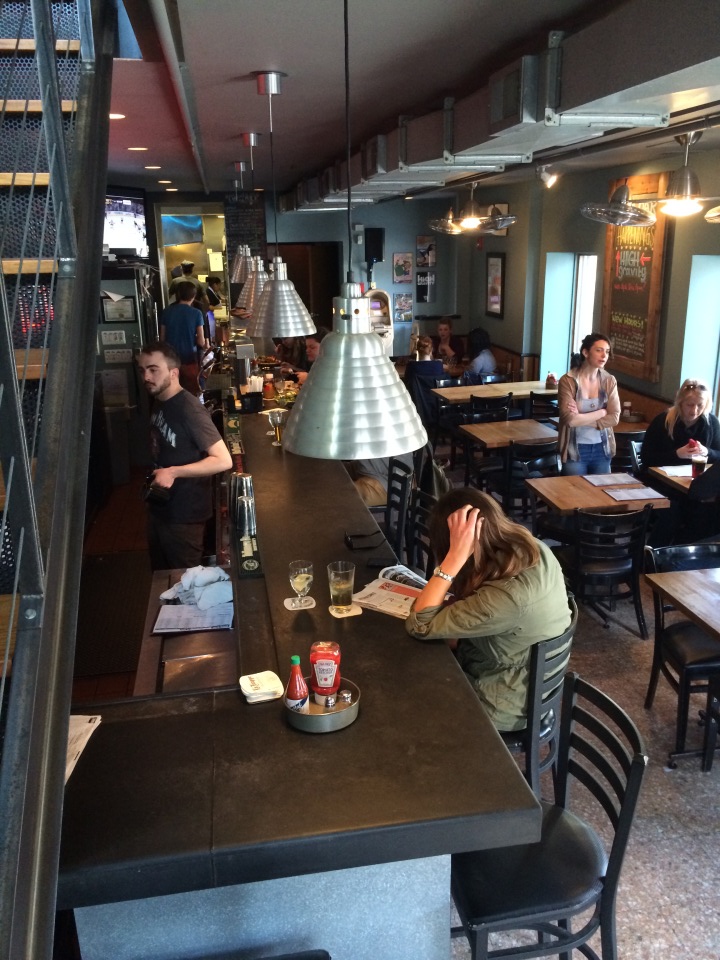 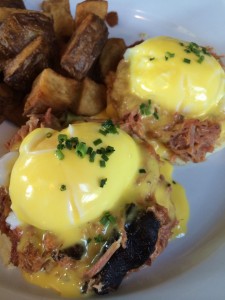 One of the many great brunch options The Sidecar offers.

Obviously to local Philadelphians highlighting this spot isn’t groundbreaking since it has already received national attention on the Food Network’s Diners, Drive-ins, & Dives.  However, it is still surprising how many people that still haven’t tried this place out.  This may partly be due to other areas of the city such as Northern Liberties being such hotbeds for dining especially brunch.  However, Graduate Hospital has slowly been going through a food renaissance of their own.  With the surge of affluent housing in the neighborhood the demand of great dining selection has produced a flurry of trendy spots.  So before we delve into some of the new kids on the block per say, we decided to give a nod to the veteran.

One of the best assets to this place is the bar.  Many of the popular brunch and dinner spots in the city are BYOB.  Sidecar saves you the hassle of lugging around your alcohol by providing a great selection of specialty cocktails as well as an awesome beer menu.  For craft beer lovers, this place keeps an awesome rotating draft selection as well as craft beer bottles that can compete with some of the best in the city.

Moving on to the grub, when I find myself at The Sidecar it is usually during brunch hours, because honestly it’s my favorite meal of the day.  However, this spot makes waves in the dinner department too.  With popular small dishes such as pretzel-crusted chicken bites and sides such as their wildly popular corn bread with honey butter, you can be satisfied before you even get to the main courses.

There’s a lil’ something for everyone here from burgers, to BBQ pulled pork, to seasonal salads, all of which are a can’t miss.  The style is more of an American comfort food with satisfying portions.  The atmosphere is very casual as there are bars located on both levels and plenty of seating.  Large windows let in plenty of light upstairs as well as give customers a birds eye view of the contemporary Graduate Hospital area.

This place is great for any occasion whether your meeting up with friends, taking your folks out to eat, or a casual date. The Sidecar is always worth the visit.

Bufad is How Wood Fire Pizza is Done
Mamou Blows the Roof Off Cajun, Literally