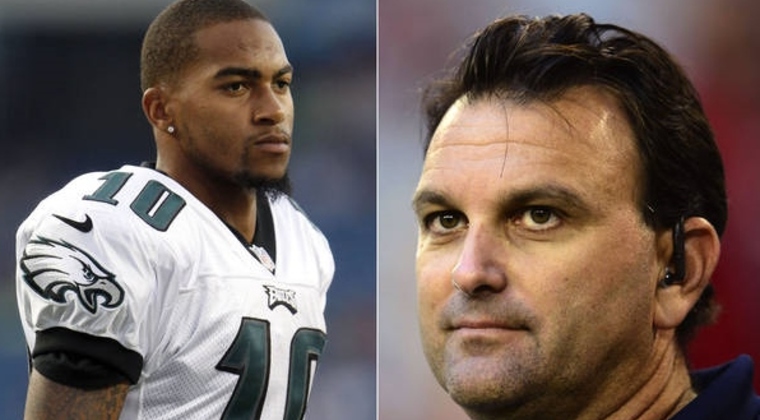 In a new development DeSean  Jackson  has found himself in the middle of a new controversial situation.  Jackson is claiming that Drew Rosenhaus gave him $500K stuffed in a Louis Vuitton bag as part of a bribe to get the flashy wide receiver to sign with him.  This was brought into light after an arbitrator ruled that Jackson owes Drew $516,415 in loans and fees.

After Jackson caught wind of this ruling he fired back with the argument that the money was given to him as part of a bribe to dump The DeBartolo Sports Agency and sign with him back in 2009.  Looking back this actually happened so Jackson’s argument does hold some weight.

TMZ first broke this story and stated the following:

“Jackson filed new court papers in an effort to overturn an arbitrator’s ruling that he owes Rosenhaus more than $500k for failing to repay loans.
In the docs, DeSean says he shouldn’t have to pay Drew a dime because a huge chunk of the cash was given to him to induce DeSean to use D.R. in his next contract negotiation.
Why is that a big deal? Because according to DeSean, it’s a huge violation of NFLPA rules — for which the NFLPA punishment is that DeSean wouldn’t have to repay a single cent.
Now for the cool part … part of the money he received from Drew came IN CASH — stuffed inside a Louis Vuitton bag he received just after midnight on Nov. 10, 2009.”

We will give you more details as this story develops.
Continue Reading
You may also like...
Related Topics:agent, bribe, desean jackson, drew rosenhaus, football, violation