Eagles are "Disappointed" in DeSean Jackson After He Shared a Hitler Quote on Social Media! - Wooder Ice 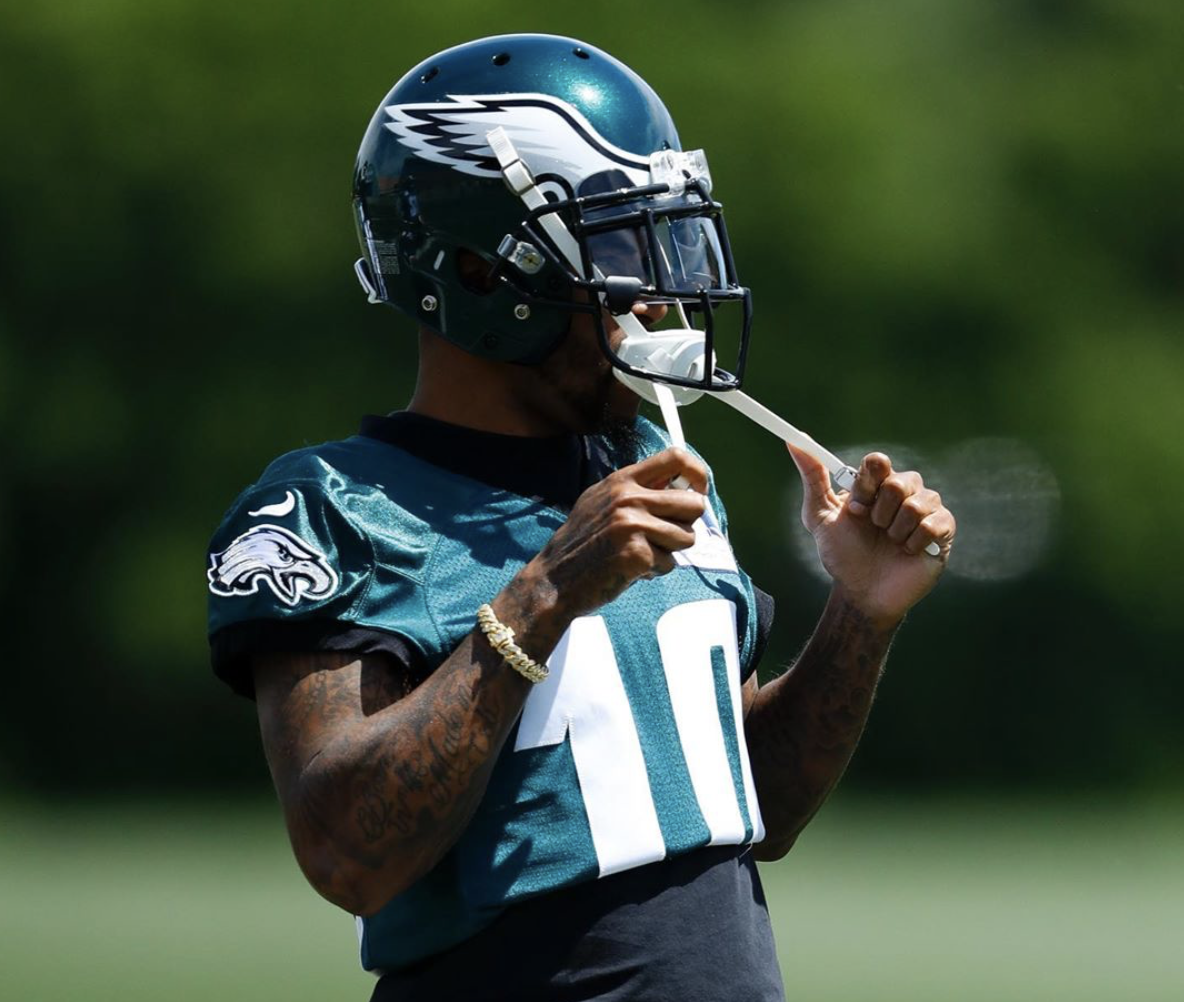 Eagles are “Disappointed” in DeSean Jackson After He Shared a Hitler Quote on Social Media!

Eagles are “Disappointed” in DeSean Jackson After He Shared a Hitler Quote on Social Media!

Welp, it looks like there’s a little drama already and the season hasn’t yet started.  Just recently the Philadelphia Eagles PR team released a statement regarding their disappointment with a social media post by DeSean Jackson.

In his post he highlighted a quote by Hitler regarding the treatment of African Americans by the Jewish people.  However, soon after the post a firestorm started and DeSean quickly recanted and stated he meant no harm and loves all people.

DeSean Jackson, posts a quote from Hitler, says he’s not anti-Semitic and then highlights the particularly anti-Semitic part.

As an Eagles fan, this is disgusting. Where is the response from the team and the NFL? pic.twitter.com/MFPmz0PyOY

ICYMI: DeSean Jackson took to IG to try to clarify his comments/post from earlier.

Says he has “no hatred in his heart towards no one.” pic.twitter.com/UJcc2izikY

However, The Philadelphia Eagles were not happy at all with the situation and boldly claimed their stance against Jackson’s message.  The Eagles claimed to have met with Jackson since the post.

A post shared by Philadelphia Eagles (@philadelphiaeagles) on Jul 7, 2020 at 8:46am PDT

“We have spoken with DeSean Jackson about his social media posts. Regardless of his intentions, the messages he shared were offensive, harmful, and absolutely appalling. They have no place in our society, and are not condoned or supported in any way by the organization. We are disappointed and we reiterated to DeSean the importance of not only apologizing, but also using his platform to take action to promote unity, equality, and respect. We are continuing to evaluate the circumstances and will take appropriate action. We take these matters very seriously and are committed to continuing to have productive and meaningful conversations with DeSean, as well as all of our players and staff, in order to educate, learn, and grow.”

Jackson’s post stated,, “Anyone who feels I have hate toward the Jewish community took my post the wrong way. I have no hatred in my heart towards no one. Equality, equality.”

DeSean has always been vocal regarding social issues so these messages aren’t new, the Eagles felt he went overboard with his message this time. What do you think?

Denzel Mims Calls Philly “…dirty, trash a** city”
The Union Wore The Names of Police Shooting Victims on the Back of Their Jerseys!