Have You Tried Philly's Best Reuben Yet? - Wooder Ice 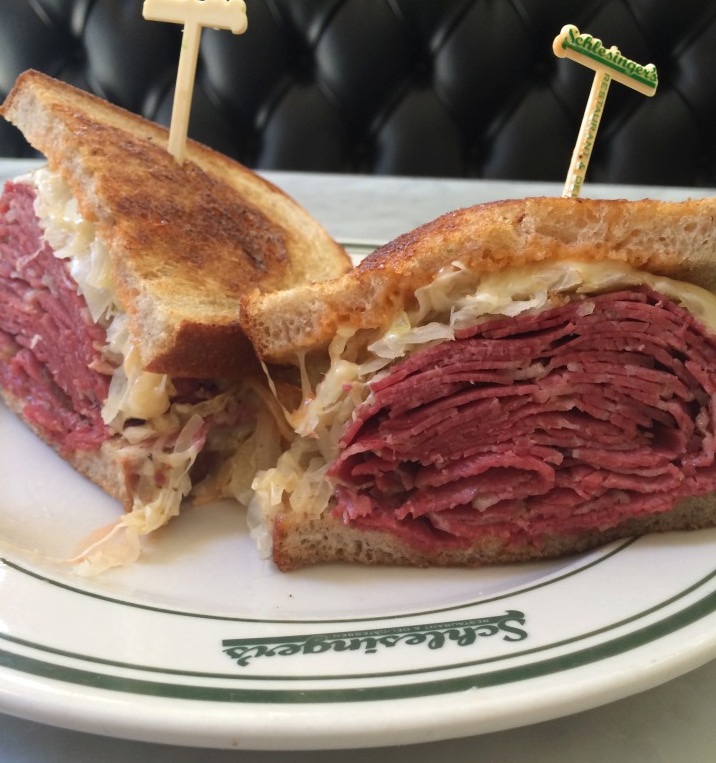 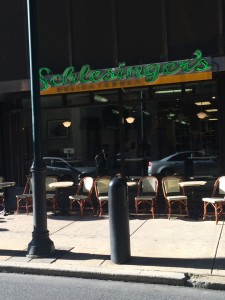 Schlesinger’s is located on Locust St. between 15th and 16th

If there is one thing Philly has it’s great sandwiches.  Forget the cheesesteak for a sec.  With heavy hitters like roast pork & roast beef, Philly is emerging as the sandwich hub of the east coast.  I know what you may be thinking, what about New York? Well although, NYC has long been considered the Mecca of more traditional deli sandwiches such as pastrami on rye and the Reuben, there are several deli’s in the 215 that would give any deli in the 212 a run for their money.

Let us introduce Schlesinger’s.  This Jewish Deli gem is Located on locust St. and is mostly known among frequenters of Center City.   Schlesinger’s has been quietly been producing some of the best sandwiches in the city.  Keep in mind I’ve personally I’ve eaten at many well known deli’s in NYC such as Katz  and Schlesinger’s has made the best Reuben I’ve had in Philly.  So not only are you getting a quality sandwich but you’re also saving money on tolls and gas.

However, this place is not just limited to deli sandwiches, you can find great entrees such as  steak, veal, and salmon.  We aren’t even going to touch on the great assortment of deserts this places has to offer as well.  However, for me the crown jewel is definitely the Reuben.  This sandwich literally melts in your mouth and the ingredients are always fresh.

If the Reuben is not your cup of tea the pastrami on rye is another winner here.  Both sandwiches are stacked high and taking a bite can be a chore onto itself.  So if you’re in Center City or even if you rarely visit we say swing by and try this spot out and let us know what you think.  Enjoy!