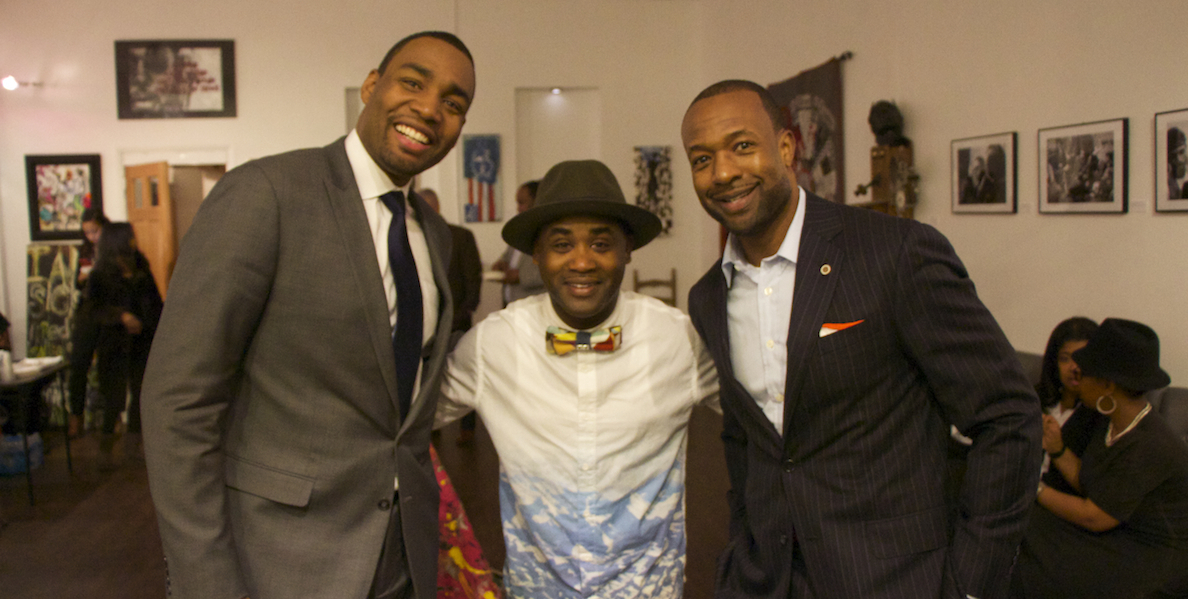 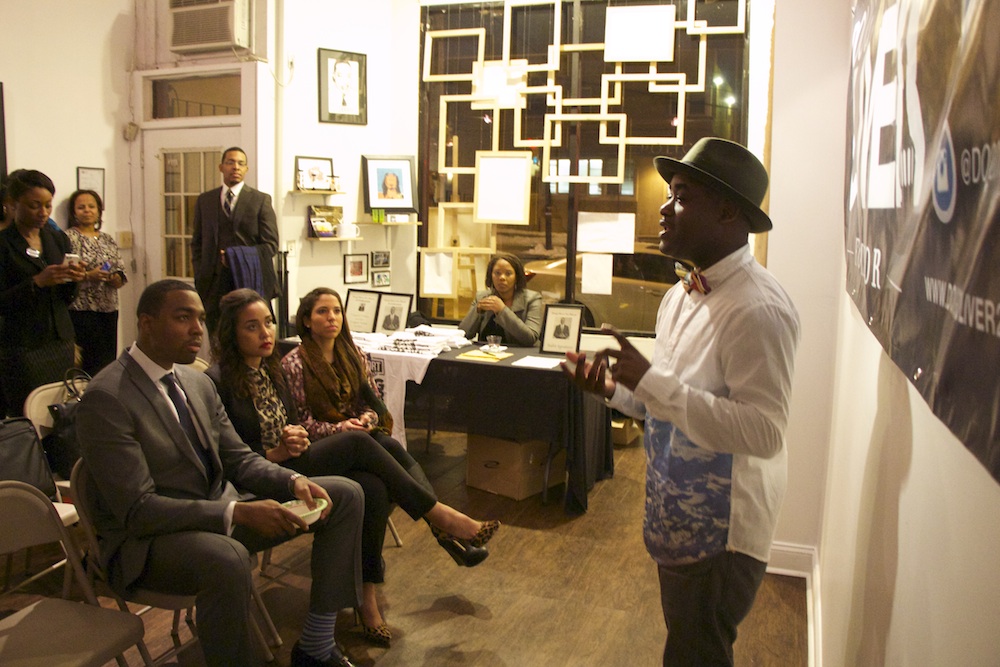 As the candidate closest to the millennial age bracket, Mayoral hopeful Doug Oliver seems to have his finger on the pause of what the future tax base of Philadelphia needs.  His platform is focused on jobs and education.  He is driving those points home to whomever is within earshot of him.  To help him amplify his message, Doug enlisted the help of actor and performer Tray Chaney.

Known mostly from his character Poot Carr from the HBO hit show The Wire.  Although Tray made a living portraying a gang banging thug, in real life he couldn’t be more opposite. Spending most his time making and distributing positive upbeat music geared towards uplifting communities and motivating fathers to be more involved in their children’s lives, Tray is the perfect fit for the DO2015 campaign.

In his first of many visits to Philadelphia, Tray entertained a small crowd in an intimate setting at West Philly’s Indigo Bleu. 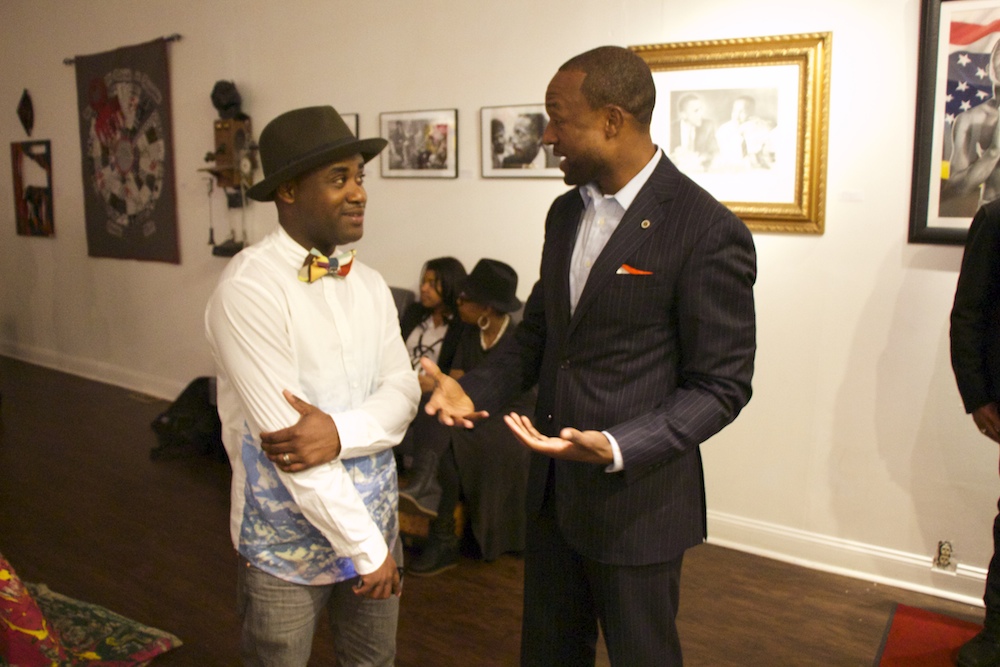 With the combination of art adorning the walls and Tray’s powerful speech and performances, the event was an indication that Doug know’s what’s needed to motivate young voters.

For more information on Tray Chaney and to check out his positive music visit MrTrayChaney.com.