EDITORIAL: You Are Not Qualified To Be President, An honest look at Donald Trump - Wooder Ice 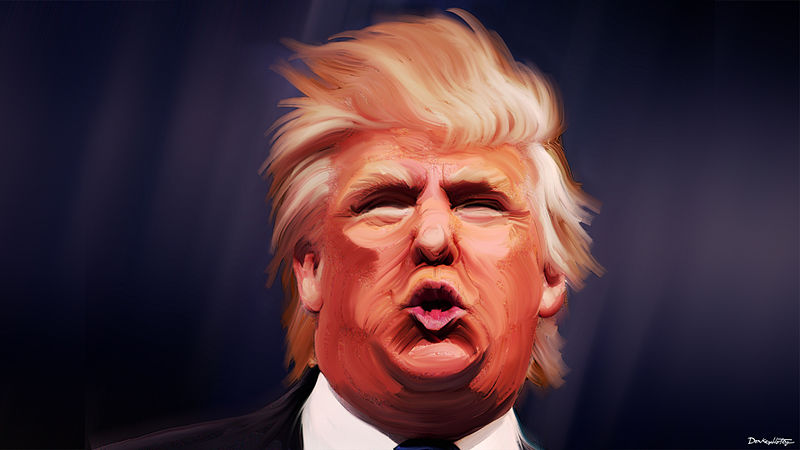 EDITORIAL: You Are Not Qualified To Be President, An honest look at Donald Trump

EDITORIAL: You Are Not Qualified To Be President, An honest look at Donald Trump

The first reason 45 is not qualified to be president is he is a racist piece of tanned trash. Calling countries with a population of brown and black people “shithole countries” is just the tip of the white supremacist iceberg. Your first foray into discrimination was in New York denying apartments to black people in one of your first buildings. But in true presidential fashion you cut a backroom settlement and made the matter go away. Add this with your travel ban and it is easy to see that you have more in common with Adolf than Ronald Regan. Being a white supremacist with a record of discriminating people not from Norway is something I can’t qualify.

The second reason you are not qualified to be President is allegedly giving Vlad tug jobs while on business in Russia. You have done every unethical and yet to be determined criminal action to stop the independent counsel’s investigation. I can’t wait to hear Steve Brannon’s confession. You must understand the FBI has a 99% conviction rate, that doesn’t just apply to the drug lords and Wall st. conmen. The witnesses have been gathered and immunity has been given. We are just waiting for the part on law and order where Ice T locks you up in the Oval Office. With that being said being the evil reincarnation of Richard Nixon is something I will not qualify.

Finally you are not qualified to be president because some would say you are a pussy grabbing, golden shower indulging, mail bride ordering, sexual predator. In a world where women are being attacked and shamed for coming forward against powerful men you are the antichrist. There are countless allegations of sexual harassment being lodged against you. You have insulted and body shamed Rosie O’Donnell. You have made advances at married women. You have embarrassed our country and called into question this nations standing as a beacon of freedom and tolerance. For that sir you will never be my president.

Continue Reading
You may also like...
Related Topics:politics, president, trump