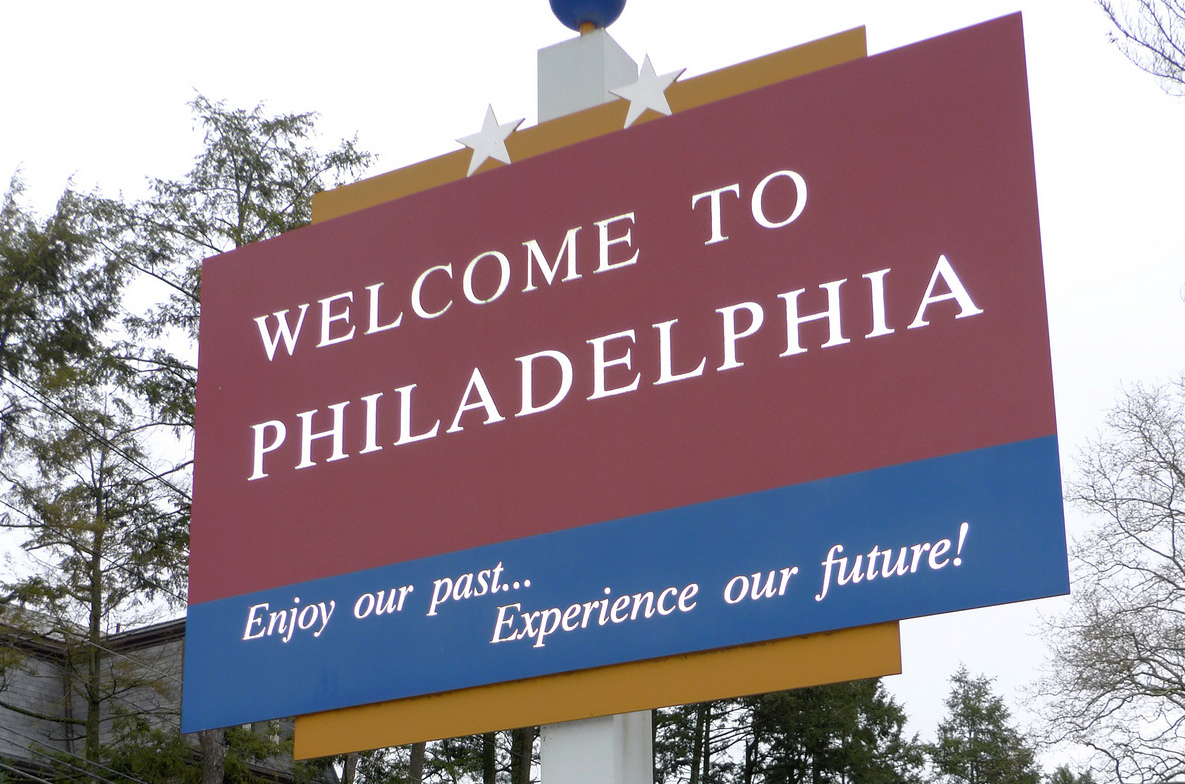 You Will Eventually Stand in the PPA Line 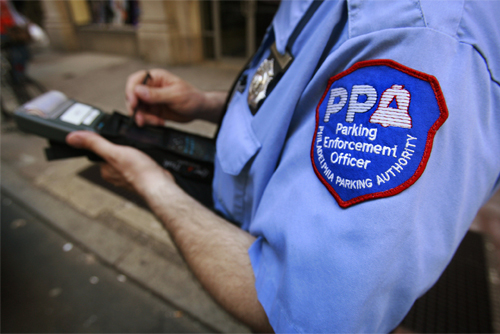 You may think that the hatred for the PPA is a little overblown but as soon as you’re settled in it won’t be long before you’ll see a blue and white envelope chilling on your windshield or worse case scenario the whole car was taken for a joy ride to the impound.  Bottom line is you will eventually get caught slipping and PPA takes no prisoners.

It’s a Big City But It’s a Small Town 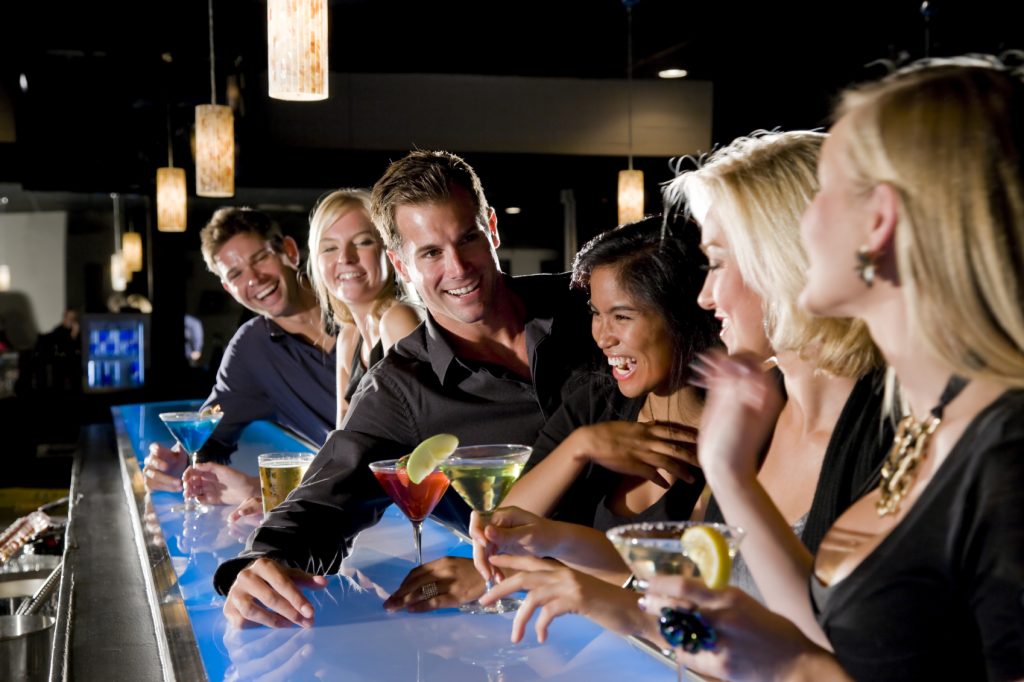 With over 1 million people calling Philadelphia home you’d think you could fly under the radar but that’s not really the case.  Instead of 6 degrees of separation, depending on how long you’ve been in town you can whittle that down to about 2 degrees.  This will wreak havoc on your dating life.  Be prepared to meet a lot of potential suitors who have already hooked-up with people you associate with. 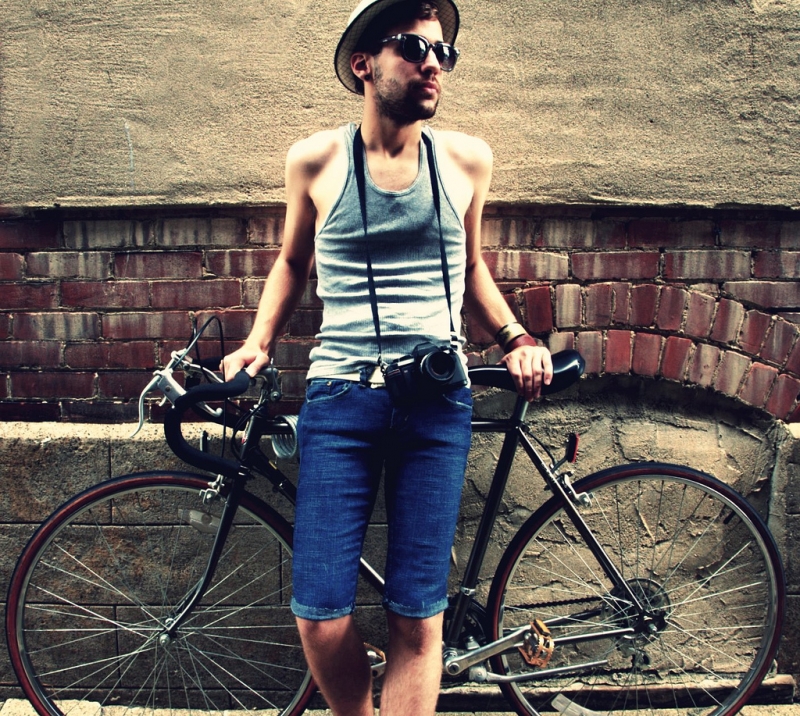 The hippest parts in town are named such because of the residents who live there. Places like Fishtown and Northern Liberties are a hub for the hipster culture.  So depending on your mood towards well to do yuppies portraying the broke life, you may or may not embrace this fact.  Either or it looks like this subculture is only getting stronger by the day.

SEPTA Can be Your Best Friend or Worst Enemy 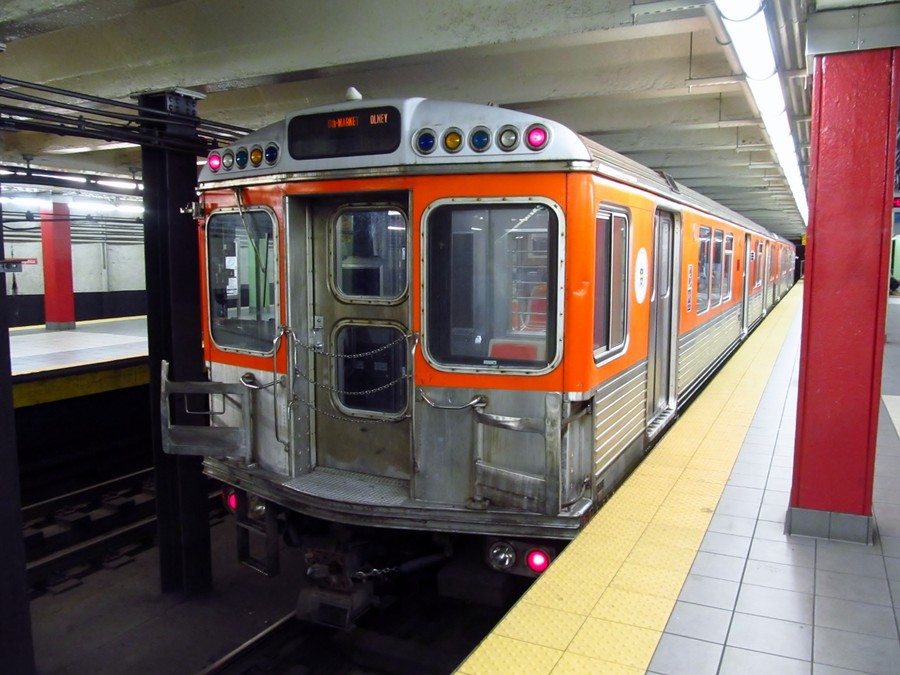 Just know you’ll have a love hate relationship with SEPTA.  They’re only recently getting their act together by ditching tokens but for a city this large it’s pretty inconvenient to only have 2 trains.  So expect delays when you’re already running late for work, technical difficulties when you just want to get home, and accidentally catching the A train when you live off a B stop.

Better Know More Than One Way To Get Somewhere 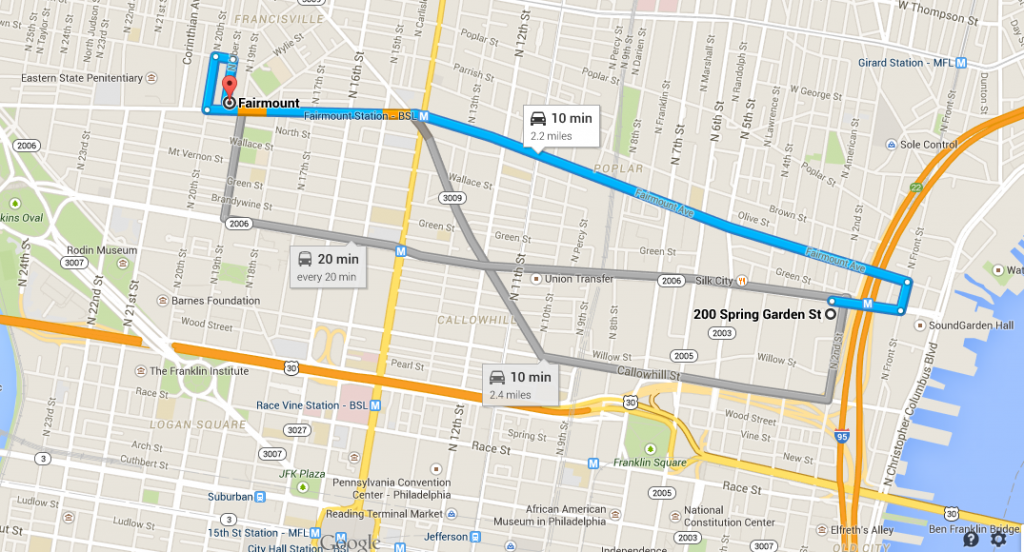 All it takes is one car or truck to break down on a one way street or for 76 and 95 to turn into a parking lot to ruin your day.  So if you have plans in Center City or across town, you better start studying Google Maps.  Locals know how to hit West River Drive and Cut through Fairmount Park to get to West Philly and how 2nd St. can be an expressway from North Philly to Center City.  So get to know your short cuts or always run the risk of being forever late. 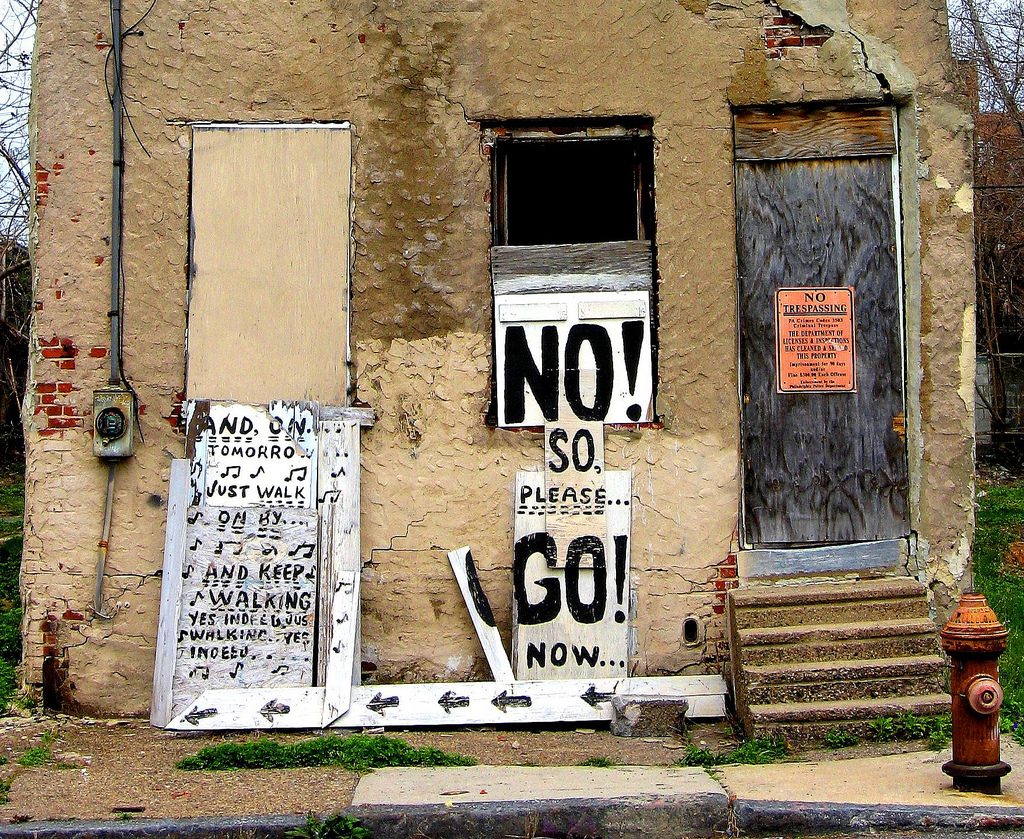 There are a lot of great places to hang out in Philly and on the flip side, there are a lot of places you may want to avoid.  It’s beneficial to learn these areas quickly.  You don’t want to attend an event or head to a party in an unsavory part of town you’re unfamiliar with late at night. However, don’t be that guy or girl always asking “Is that area safe?” Google has street view to scout areas.  Also there is nothing wrong to drive through and explore other areas on your own time to get the lay of the land.  Just do your homework. 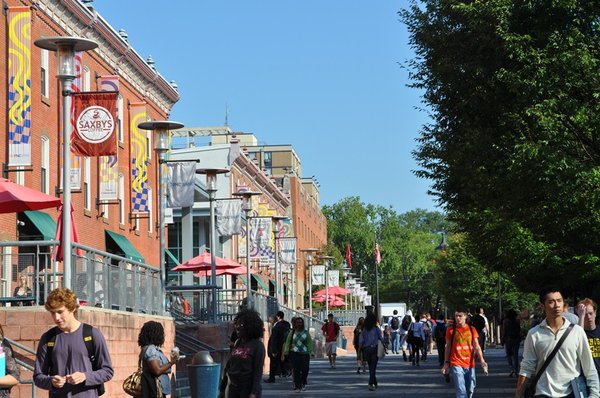 Don’t expect a Penn State Happy Valley atmosphere here.  The only people staying on campus’ is the crowd still trying to score a fake ID.  Everyone else is commuting and mixed in with society.  So for future students looking to attend school here, you will only be in your college bubble for two years max before you integrate with the rest of us.  So get used to college house parties far away from campus and finding yourself more at nightclubs than frat houses. 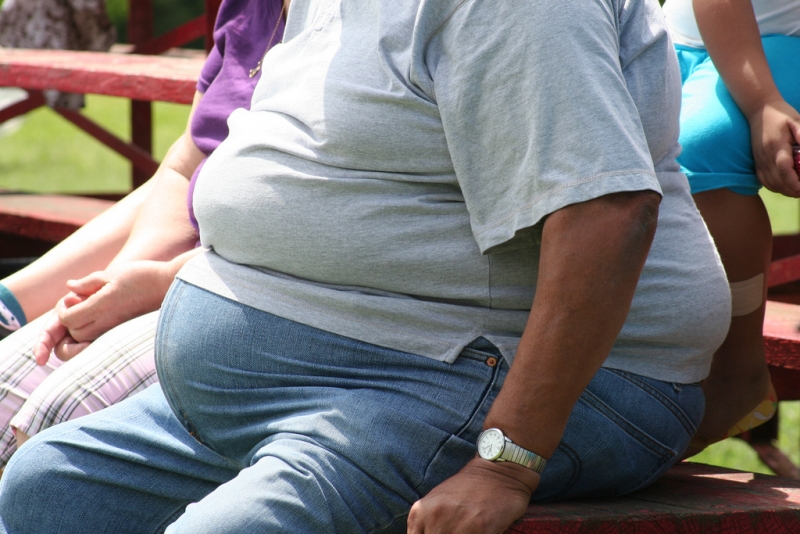 Keeping with the college theme, Philly is a food town and if you’re not careful you’ll end up with the freshman 15.  You might come into town trim and fit but it’s so easy to get caught up in the food and party scene here and before you know it the picture on your license will look like a totally different person.  You’ve been forewarned. 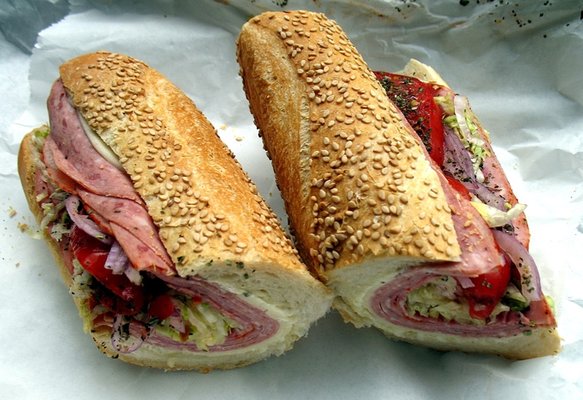 Before coming here you might think a roll is just a roll is just a roll.  *Wrong Buzzer Sound* Guess again.  Not all cheesesteaks and hoagies are created equal. Before long you’ll be choosing what places you eat at depending on the roll they use. A sandwich begins and ends with the bread, it doesn’t matter how good of a cut the meat is.

This is a Bar Town 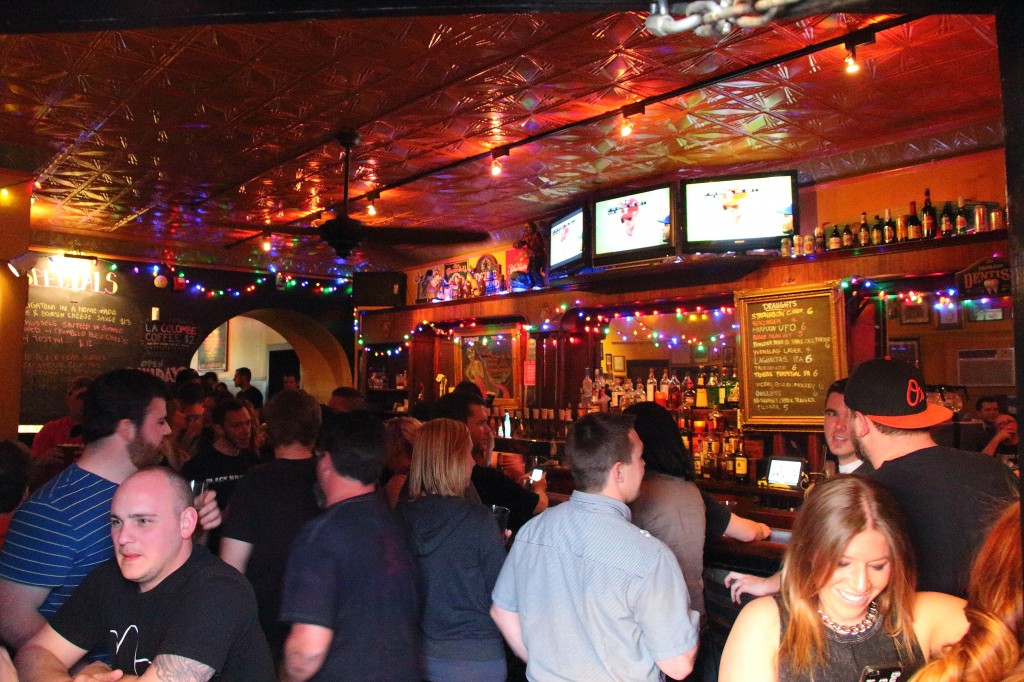 There are a few nightclubs here that are worthy of patronizing but for the most part get used to the idea of spending most of your Friday and Saturday nights in bars and lounges.  It’s a blue collar city so you won’t see many VIP bottle service wars,  $30 cover charges, and fancy red ropes.  What you will  see a lot of is ultra laid back beer gardens, free admissions, and the ability to walk right in.