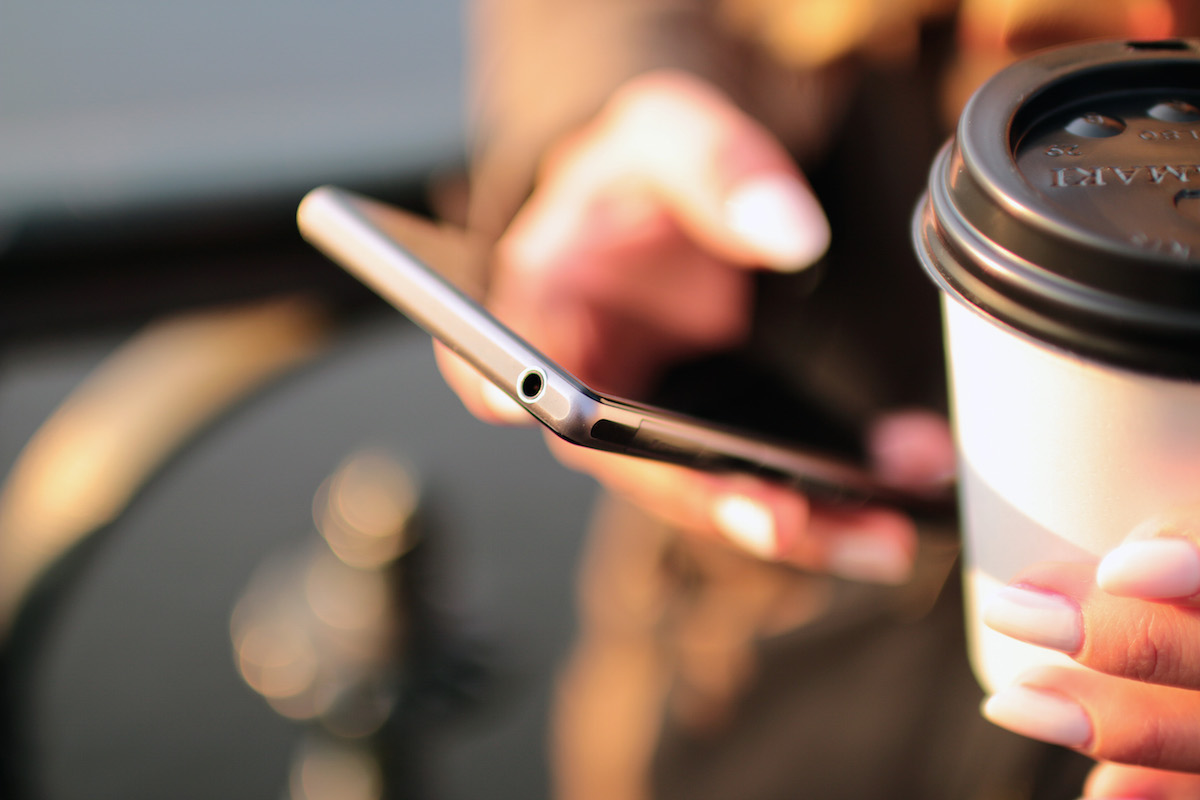 So this really doesn’t have anything to do with living in Philly as much as it has to do with observations.  I am one of the few single guys in all of my social circles that never had a Tinder or Bumble account.  In fact IG and Facebook are the only tools of the trade and I they are rarely sharpened while on the prowl.  With that being said, over the past year or so I’ve observed and watched friends, acquaintances and co-workers alike use Tinder.  As I sat on the sidelines and listened to their stories of conquest, drama and failures, I still could never bring myself to sign up. In the end it may have actually worked in my favor for a variety of reasons.  Here are just a few things I’ve Learned as a Single Guy in Philly Without Tinder.  (Although making a profile is still not out of the question)

I am More Focused When Not Chasing Skirts

There’s an old school motto, “you lose money chasing women but you never lose women chasing money.”  Well seeing as though I am not rich I do lose something a little more valuable than money and that’s time.  Having social media in itself can be a time warp.  Adding a dating element to the equation can lead to wasted time on and off the app.  The time that I would be spending chasing digital skirts have been used for more productive things such as life goals, reading and thinking of new articles to write you guys.  The shift in my time and energy has been paying dividends.  Besides when you have your shit together, you’ll be a lot more attractive to women in the real world.

Meaningless work convos such as  “Hey, how was your weekend?” or “Whatcha’ got there for lunch?” will soon give way to “Hey saw you on Tinder last night!” Nothing good will ever come from this convo. First off it will more than likely be from someone that you swiped left on.  Secondly, now this person will feel comfortable sharing dating stories you care nothing about because now you have that Tinder bond.  As a Tinderless man I’ve managed to avoid such scenarios that have made work awkward for many fellas out there.

Scratch that, smartphones have ruined dating. Even back during the MySpace era dating was still pretty normal.  Yea, you could peruse profiles and meet strangers offline but once you were logged off you remained logged off.  There was no ability to flip through profiles like you’re looking through a Cheesecake Factory menu while out in public.  That fact that folks were disconnected from “apps” made social interaction great.  Go out to any club or bar now and see how many folks have their faces in their phones.  Yea Tinder isn’t solely to blame but it does add fuel to the fire that is consuming this new ADD culture.  Tinder and other similar apps can be great but make sure you’re balancing your social life with real life.

Don’t Have to Worry About Getting Recognized in Public

There’s a reason why a guy didn’t find it in his heart to swipe right.  Yet sometimes Tinder rejects just don’t seem to get it.  I’ve heard plenty of stories of random females approaching guys in public blurting out, “Hey I recognize you from Tinder.”  If a guy didn’t even care to read your bio in the comfort of his own home while in his draws, during a TV commercial break then what makes you think he will want to engage in a conversation in public while trying to scope out other honey dips?  Tinder can make this place a cold world.

The art of chit chat has died. No longer are folks taking the scenic route on the path to knowing others but rather jumping on the hook-up highway and Tinder is the EZ Pass for ass.  From my observation of Tinder users, finding someone to smash, is as much of an emotional decisions these days as jumping on GrubHub and ordering dinner.  Except GrubHub actually might take a little longer.  In short, as a non-Tinder users I enjoy the approach.  The introductions, securing a phone number or even getting rejected.  It builds character and the experience toughens you up as well as humbles you as a man.

Do People Even Plan Dates Anymore?

Now that I really think about it the only dates I noticed are from friends that are already in a relationship. For everyone else it’s “chilling.”  Not much thought or preparation goes into chillin.  No butterflies in the stomach.  No asking friends for advice on where to go.  No effort.  Just…..cold hard “chilling.”  Hey I get it sometimes you just need a little ass now and again to get you through a dry spell or maybe you just don’t have the time or energy to put into a relationship so hook up here and there is all you need.  However, for the small slither of folks who do sign up for Tinder looking for a match, it may be time to log off and do things the old fashion way. By this I mean, find an attractive women, muster up the courage to ask her out to her face.  Put thought into a date. From here go with the flow.  Maybe you’ll get some action regardless or maybe you’ll have to wait.  Either way it’s a little more satisfying. I mean your parents never had Tinder and look, you’re here.

Sometimes Having Too Many Options Isn’t a Good Thing

I have enough trouble trying to find clothes to wear in the morning and I am always indecisive when it comes to ordering food.  It seems like the less clothes I have or the smaller the menu, the easier it is to make my decision.  I can only imagine being on Tinder all day with a virtually limitless database of women to judge.  If love is your end game then it will me almost impossible to comit when there’s an all-you-can-date buffet at your finger tips.  Maybe it may be best to power down the phone and go out to different places so you can see difference faces.  If Pokemon-Go can get nerds out of the house to catch imaginary creatures, we’re sure you can make time to meet women in person.

Continue Reading
You may also like...
Related Topics:dating, lifestyle, tinder

5 Reasons Why Old City Eats is a Better Option Than Sips
All of the Best Events in August on One List
To Top
Get the Coolest Philly Events & News Emailed to you Every Week!