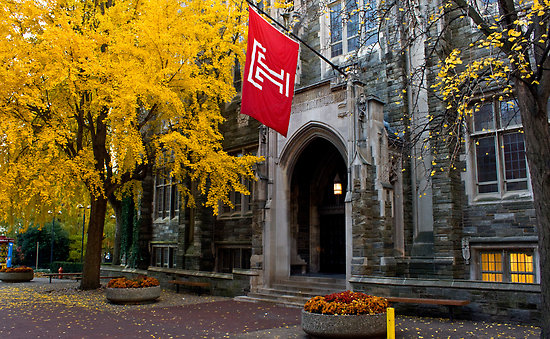 In a bold new move in the world of college admissions, Temple University will join a very select few colleges & universities that will not require SAT scores from perspective students. Since the dawn of time high school seniors have been cramming and praying for a score good enough to get into their favorite school.  Almost like a weight being lifted off their shoulders, those looking to attend Temple University will no longer have to worry about taking the test, after the decision was made final on Tuesday.

Instead Temple has opted to look at GPA, class rank, and what they are calling “non-cognitive”factors.  Non-cognitive factors is being classified as determination, self-confidence, and grit.  Temple feels that these are more telling signs of whether a student is cut out for college life.

Many opponents of the SATs are relieved citing that standardized tests are not a true measure of a student’s ability to learn and retain knowledge.  Many arguments have even been raised that called into question whether or not the SATs are biased against minorities.  Either way it will be interesting to see how many more colleges and universities will follow suit.