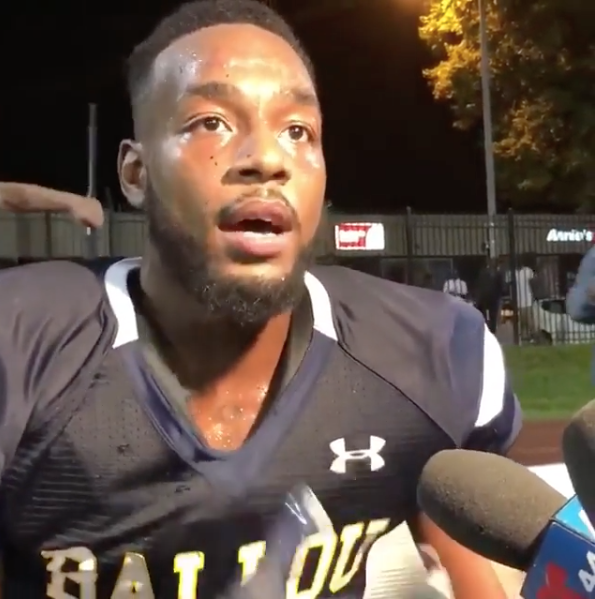 Washington D.C high school football player Jamal Speaks fell on troubled times and was eventually kicked off the football team due to the fact that he was ineligible.  The violation? Because he was homeless.  However, the once homeless Temple recruit turned turned things around and has secured a full ride!

A student at Ballou STAY Opportunity Academy, he was ruled ineligible to play because players must have a residency.  On the game that he was ruled out, players and coaches protested which caused a 45 minute delay to the start of the game.  Jamal Speaks had to personally tell the Temple University Football scouts not to come.

However, Jamal soon found a stable home with the help of a fundraiser which easily surpassed the $25,000 goal. He was eventually deemed eligible to play and on his first game back he scored a TD in an emotional game.

Jamal Speaks, Temple recruit, was kicked off his high school football team because he was homeless and deemed ineligible. He secured housing and scored a TD in his first game in nearly two years. 🙌 (via @annalysagayle)

The Flyers’ New Mascot Gritty Looks Like a Cross Between Fraggle Rock & The Toxic Avenger
George Foreman’s Son is Opening Up a Gym In Rittenhouse!