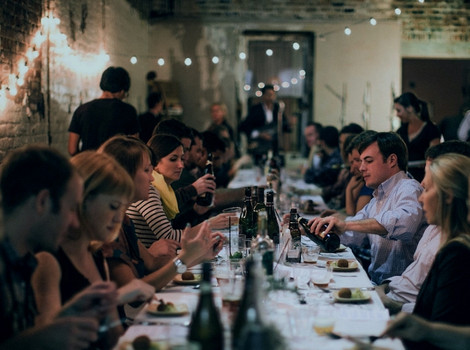 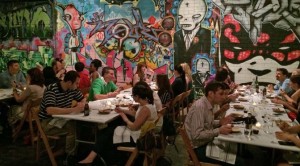 Dinner Lab has recently announced that their widely popular pop-up dinners is coming to Philly! If you aren’t familiar with Dinner Lab, essentially they are an underground supper club based out of New Orleans.  What makes this supper club unique is the experience.  Their events called pop-up diners are done nationally in large cities.  Attendees are members only and the diners are always in unorthodox locations such as old warehouses, helipads, zoos, etc.  Basically anywhere that doesn’t resemble a restaurant.  This event is so hush-hush that attendees are only notified of the location the day before the actual dinner.

In a recent interview, Dinner Lab CEO Brian Bordainick explained their decision to expand to Philadelphia. “Philly really makes sense for us…There’s been a huge emergence of really cool culinary stuff happening.  Our headquarters is in New Orleans, so we know what that kind of attitude is like.  It’s really a great place for us to import and export talent.”  For Philly’s pop-up’s, Dinner Lab will be recruiting chefs that most people are not that familiar with.  Essentially sous chefs looking to make a name for themselves by expanding the culinary boundaries and telling a story through their dishes.  As their website states, “We don’t dictate what our chefs cook, but instead give them a platform to tell a story through their menu.”

The first Philly pop-up is scheduled for August 22nd with the location obviously TBD.  Those looking to attend must join Dinner Lab by paying a yearly membership of $125 as well as $60 for each dinner, which includes gratuity and alcohol.  For each dinner you can expect 10 courses with a total of 60 members per dinner.  It goes without saying space is extremely limited.  However, if the pop-ups gain popularity here in Philly, Dinner Lab looks to expand from one event per week to three events per week, allowing more opportunity for foodies to enjoy a dining experience unlike any other.