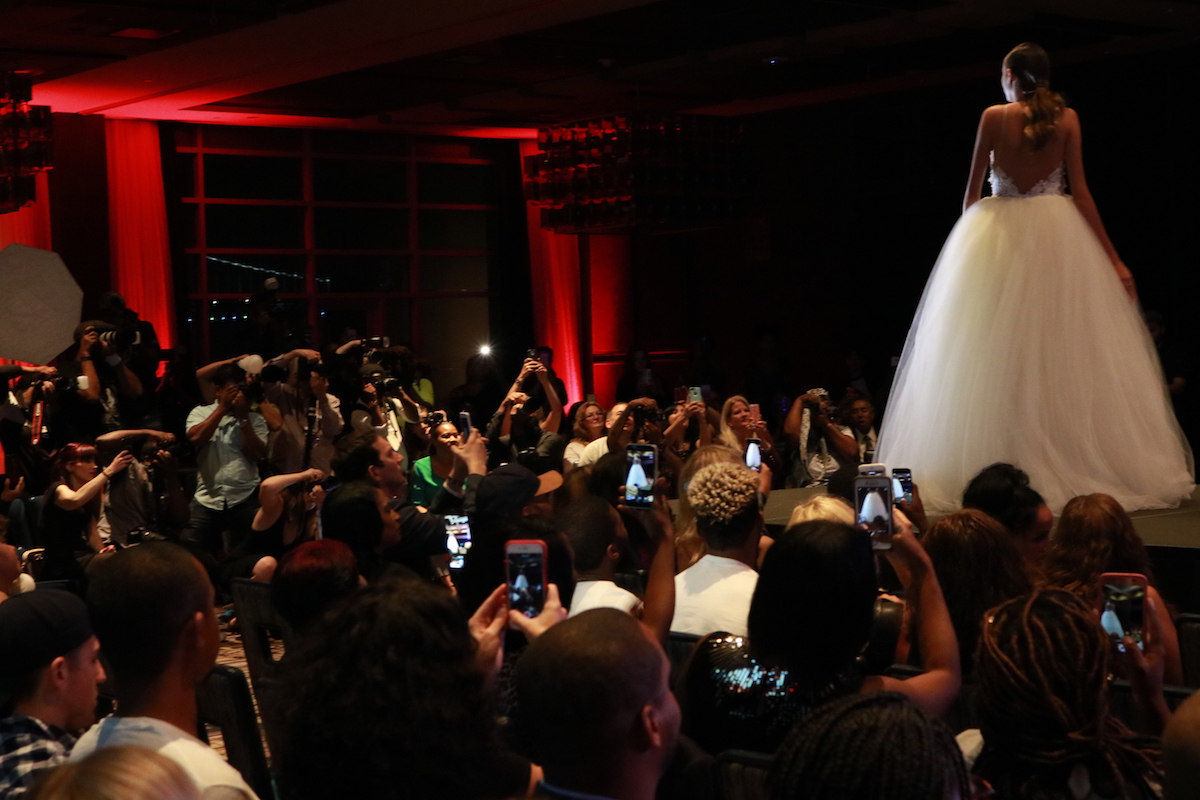 Wooder Ice was on-hand for this year’s Style Gala hosted at the SugarHouse on September 20th. Although Philly Fashion Week has been known to draw in big names and well known leaders in the fashion industry, this year the new cumbers made a bold statement with a runway show that ushered in the future of Philly fashion.

The designers were comprised of fashion entrepreneurs that have gone through the Philadelphia Fashion Incubator (PFI) at Macy’s Center City. “Launched in March 2012, Philadelphia Fashion Incubator is a one-year program which features four annually-selected Designers-in-Residence (DIR), who have access to office and design/work space, a showroom, curriculum, mentoring, and other important resources all within Macy’s Center City in an effort to help them launch and further grow their companies in the City of Philadelphia.” Several of the participating designers a this year’s Style Gala have already seen success including Milan Harris who recently opened up her own storefront on 15th & Spring Garden, Milano Di Rouge. Milan’s brand kicked-off the show. Her models sported her latest line of Milano Di Rouge apparel which “focuses on affordable luxury for the street wear enthusiast.”

As DJ Hollywood provided the rhythmic backdrop music, the show went on to feature Kristen Leonard’s hip and stylish skirts form her Charley Girl Design. A brand she named after her now 8 year-old daughter. As a painter Kristen incorporated her artistic talents into her fashion sense. Her colorful and unique pieces showcased her one-of-a-kind vision.

Perhaps what was the show-stopper of the event was Conrad Booker’s line of handbags and purses. The bags were awesome and stylish but the usage of male models to showcase his line is what really turned heads in his gender bender catwalk. A architect by trade, Conrad’s brand conradbooker, incorporates his calculated and well throughout designs.

611 Style was also there to showcase the vibrant and spunky personality of founder and designer Nigel Richards. A DJ and former owner of 611 Records, Nigel’s outgoing personality and playful spirits are found in his clothing and accessories. Cool, colorful and bold colorful designs define this affordable yet well crafted gear.

All-in-all if this show is of any indication of what’s to come in the Philly fashion world then it’s safe to say we are in good hands.