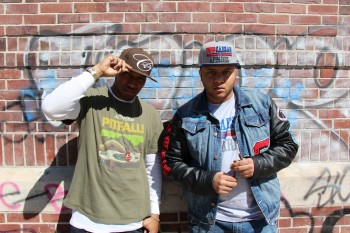 Just how north Jersey plays step-child to the NYC metro area……the same can be said for CMD’s relationship with Philly.  Notoriously known simply for two things, soup and murder, Camden’s success stories are few and far between.  The last big name to beat the odds was Dajuan Wagner.  Unfortunately due to an illness he abruptly flamed out of the NBA.  In recent years CMD residents have had little to nothing to root for, until now.
Meet Camden’s new great hope the Thorobred Family.  Consisting of two lyrical assassins who happen to be real life blood relatives.  Verb Spielberg the older of the dynamic duo has been drumming up noise for some time.  His kin, Apollo The Great is looking to add to the noise and turn it into a sonic boom.  Already spotlighted on MTV & BET Apollo The Great has been busy solidifying The Thorobred Family as a brand. 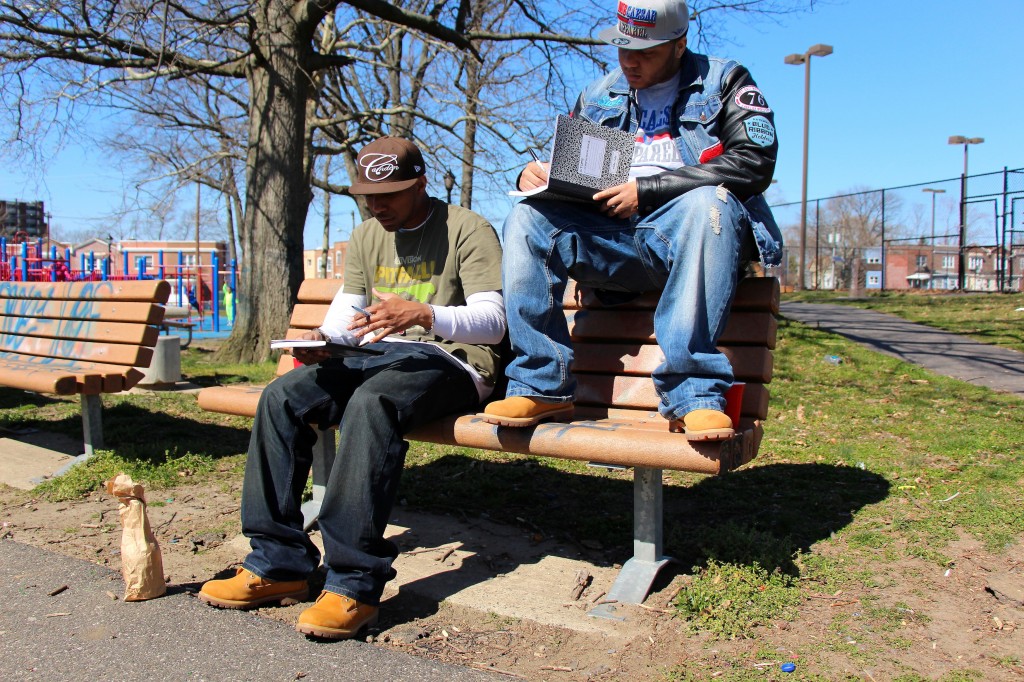 I recently had the opportunity to catch up with The Thorobred Family for a candid interview.  After exchanging daps and a gifted bottle of Henny in a sleepy park on the East side of Camden, It didn’t take long to realize these two are Jersey through and through.  “My Favorite rapper is Redman,” Verb states with no hesitation after being asked to name his influences.  Although a few New York juggernauts such as Wu-Tang and Nas were sprinkled in the Thorobred family wanted to make clear that they were building their own lane and looking to bring back “the Jersey sound.”  “We making our own lane.” Apollo states.  “As far as the hip-hop scene [in Camden] it’s developing.  We are developing a lane right now.”

That lane is starting to look like the Vine St. Expressway with the press these guys have been receiving as of late.  With appearances on 106 & Park as well as MTV Jams it’s safe to say the Thorobreds path to the top has definitely been paved.  Having had my ear to the street when it comes to the Philly rap scene for quite some time, I can honestly say these two have their own sound.  Verb was quick to tell me the story behind their unique sound, “..cause we we not trying to be like we from Philly.  I remember the Jersey sound, like I said my influences were Redman and Naughty by Nature.  It’s a certain sound that Jersey got and motherfuckers don’t remember.  we not trying to be like Philly niggas, we not tryin to be like New York niggas.”

Folks it doesn’t get more clear cut than that.  So it’s safe to say that these fresh faces are looking to bring back a classic sound.  A sound that has long been shelved by the hip-hop culture in favor of auto-tunes and nursery rhyme lyrics and hooks.  Apollo The Great has obviously been receiving the most shine as of late was forthcoming with the projects he has been working on. “We are cooking up right now.”  With recent projects such as “Apollo 21” and “The Hennessy Diaries,” Apollo has been more than cooking, homie has been chefing it up and serving 4 course meals.  Working with the likes of Freeway and Sean Price, Apollo has  been steadily been polishing his craft.

Don’t believe me? See for yourself.  Check out some of the latest projects below and go support and download their projects including “Hennessy Diaries” on iTunes today!

Here are few notable Projects from the Thorobreds

Sway In the Morning