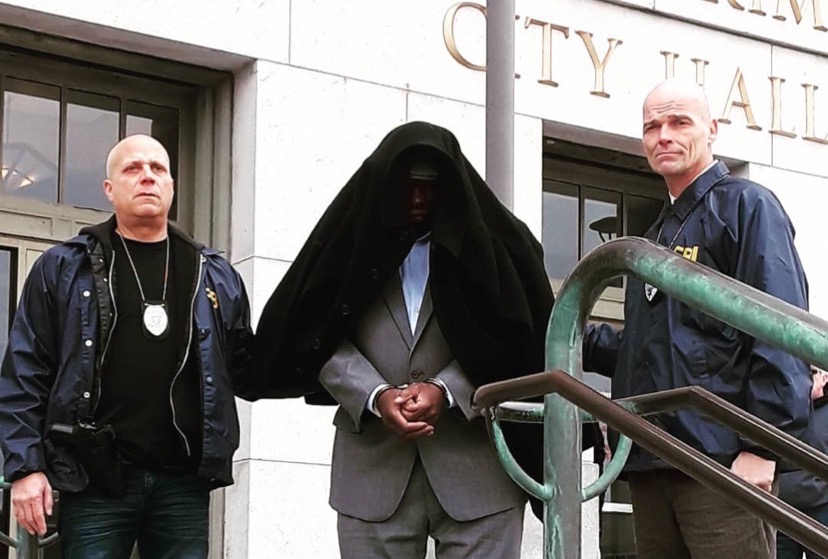 The street term “from the muscle” means to make something from nothing on your own.  That’s exactly what Chase Street creator Denny Brown and his team did.  The Camden-based political crime drama “Chase Street” was conceived and created by Camden native Denny Brown and with the help of fundraising, a GoFundMe campaign and local support, it’s made its way to Amazon Prime Video.

Drawing inspiration from real-life Camden headlines and personal experiences, the plots and story-lines here are not far fetched Hollywood hoopla but rather home grown gritty street tales that shed light on Camden’s history of political corruption and street wars. With the assistance of producers Nate Banks, Thomas Freeman Jr. and Bobby Rand this motivated foursome forged a series that has garnered nearly all five-star reviews on Amazon Prime Video.

Denny Brown has had the idea for years but never had an official title until the idea of Chase Street was brought up.  The idea plays off of the concept that everyone is chasing something. The politicians are chasing the power, the street dealers are chasing the money while the addicts are chasing the high.

Chase Street’s protagonist Aaron “Pooh” Best, is a former NBA star and Wall Street executive that returns to Camden and is being pressured to run for political office. In the meantime he has to deal with family drama and his drug dealing brother, “Spark.”  Chase Street shows everything from shady backroom meetings in city hall to the hand-to-hand sales on the corners.

The home page gives the description as  “One of the nation’s poorest – in one of the richest states in the country.  A city where narcotics is the number one import / export commodity —– a commodity that fuels an economy built on violence and desperation and a political system mired in corruption and cronyism.  Here in the midst of all this wreckage, reign the drug kingpins and political kingmakers —— and the people in the city who live, work, play and die according to their whims.”

The series was filmed entirely in Camden and although the majority of the cast are local actors Chase Street does feature some notable names such as Clifton Powell, Salvatore Bonpensiero, Jade Yorker, Freeway, Gillie Da Kid, Oschino, Porta Rich and Tray Chaney.  So far only three of the 10 episodes are on Amazon.  However, with more support from viewers the show will eventually have all episodes available to binge watch.