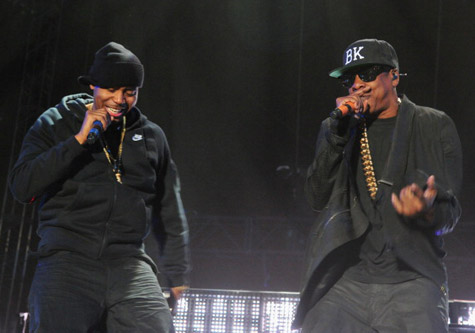 In case you just got paroled from Guantanamo Bay last week after doing a 14 year stint then you may not have known about one of the biggest rap battles in history.  Nas & Jay-Z’s rift created the biggest hip hop divide since Biggie and Tupac’s  “East Coast/West Coast Beef.”

It’s no secret that Esco and Hov have since squashed the beef and recorded a handful of tracks together.  Nas is now celebrating the 20th Anniversary on arguably the best hip-hop album ever, “Illmatic.”  Nas delivered a more than memorable performance at Coachella.  Lending live vocals to one of the greatest samples  for Jay’s “Dead Presidents II,”  their chemistry seemed genuine and the performance is sure to put a grin on any and all true hip-hop purists.

In an almost seamless fashion Nas had Diddy hit the stage to perform their monster hit “Hate Me Now.”  For your viewing pleasure the entire set can be seen in the video below, enjoy!

Guy Misses out on New Car and $1 million Dollars!
Neighbors Trailer Makes it a Must See!
To Top
Get the Coolest Philly Events & News Emailed to you Every Week!