The Union Wore The Names of Police Shooting Victims on the Back of Their Jerseys! - Wooder Ice 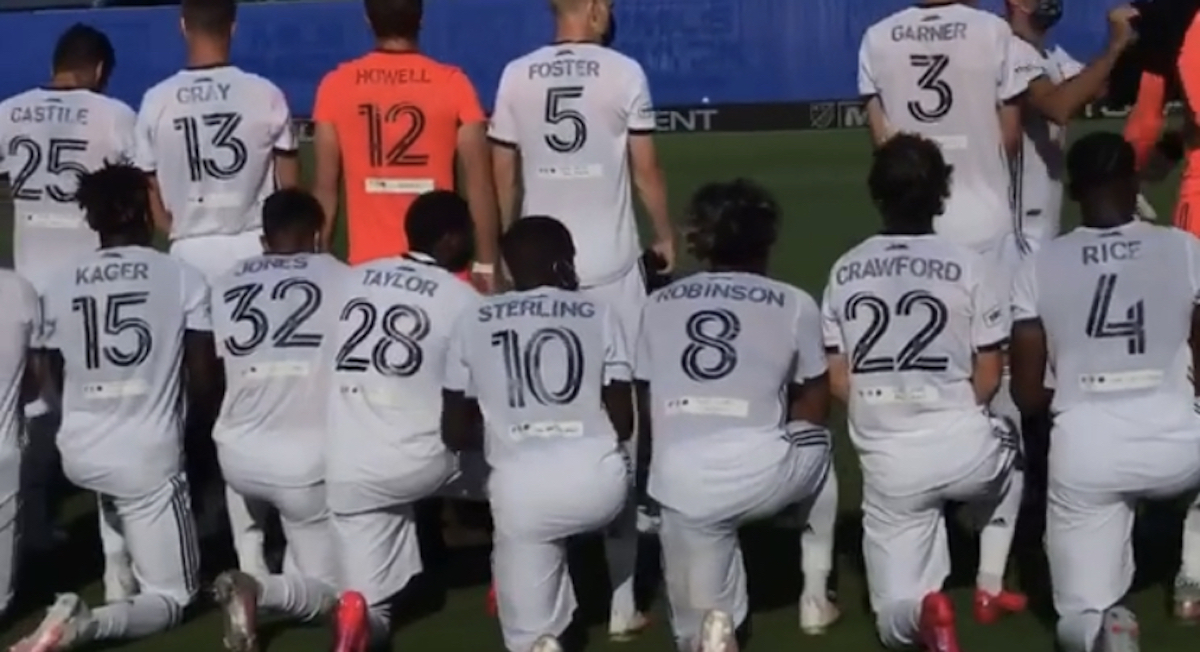 The Union Wore The Names of Police Shooting Victims on the Back of Their Jerseys!

The Union Wore The Names of Police Shooting Victims on the Back of Their Jerseys!

Yesterday not only did the Philadelphia Union win their match against rival New York FC 1-0 they did so while making a huge statement.  Players took the opportunity to use the MLS stage during the season resuming tournament to transform their kits to shed light on the issue of Black citizens being shot by cops.

Each Union player wore a different name on the back of their jerseys representing a different victim.  All 23 players participated in the movement.

Our players stand together. One name too many.

Bedoya who has been very outspoken regarding social issues, yelled into a live mic during a match last year asking congress to do something about gun violence.  Yesterday he ended up scoring the match’s only goal in the 63rd minute to give his team the win.

Bedoya scored and yelled in to the field mic for Congress to do something about gun violence. #DCvPHI #doop pic.twitter.com/wIcnmgSOfP

Eagles are “Disappointed” in DeSean Jackson After He Shared a Hitler Quote on Social Media!
Eagles Fans Will Not Be Allowed to Attend Home Games!