The City is Now Allowing for Sports Fans to Attend Games But Here's The Catch! (Pun Intended) - Wooder Ice 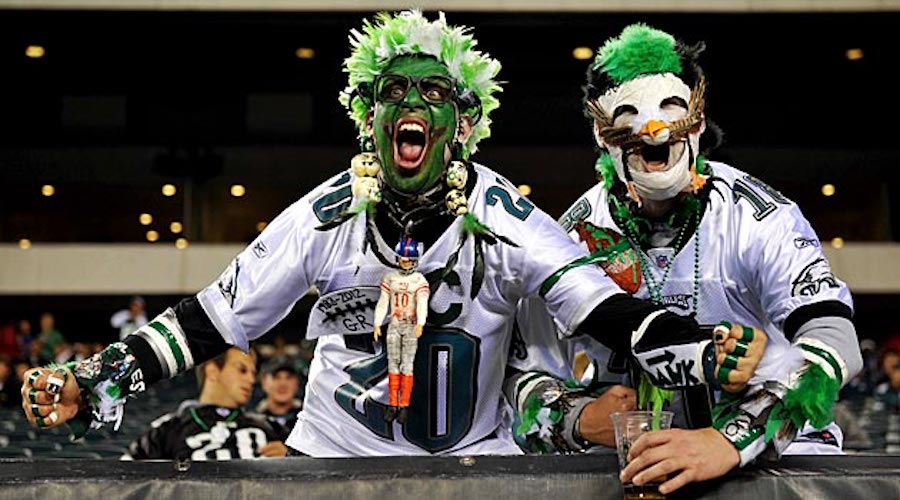 The City is Now Allowing for Sports Fans to Attend Games But Here’s The Catch! (Pun Intended)

The City is Now Allowing for Sports Fans to Attend Games But Here’s The Catch! (Pun Intended)

So the Eagles are in first place in the division despite a woeful 1-2-1 record, so the team could sure use our support when it comes to home field advantage.  So just in time to cheer on the birds, the city has now loosened the restrictions on large gatherings.  This is especially big for sports teams especially the Eagles and the Union who are currently in-season.

However, don’t expect a rocking Linc.  Instead of a deafening roars there’ll be loud chants. The city will allow large stadiums that have a 10,000 or more capacity to fill their seats to 15% with a 7,500 person cap.

“We do have concerns about Philadelphia because we do have unique risks in the city,” stated Health Commissioner Thomas Farley. Attendees will be required to wear mask and comply with current social distancing guidelines. In addition the stadiums will provide multiple entry points as well as “timed entries” and multiple restroom facilities on-hand.

Governor Tom Wolf chimed in on the matter stating, “Pennsylvanians must continue to social distance and wear masks as we prepare to fight the virus through the fall and winter. We know everyone has sacrificed in many ways and today’s announcement reflects a gradual adjustment to our lives as we learn how we can do things safely until we have a cure, or an effective vaccine is widely available.”

Considering that The Philadelphia Union has a home game this Sunday against Montreal, they will most likely implement the new attendance rules.  Subaru Park has a capacity of 18,500 which means that just over 2,700 fans will be permitted at the game.