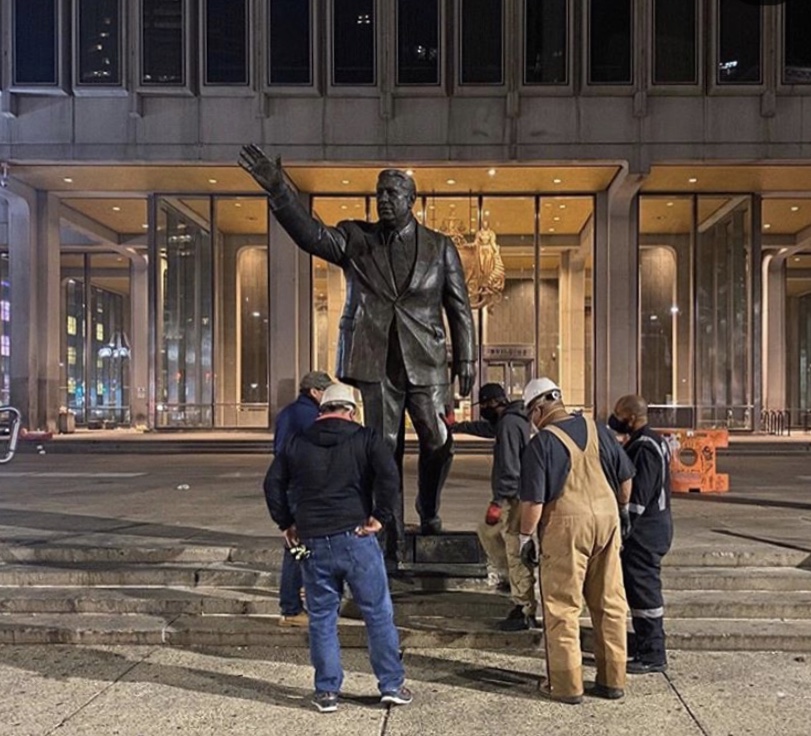 The Frank L. Rizzo Monument Committee is Suing the Mayor in Federal Court!

The Frank L. Rizzo Monument Committee is Suing the Mayor in Federal Court!

Perhaps many of us thought that after Mayor Kenney removed the Frank Rizzo statue that it would be the end of the saga.  Wrong. Most of us probably didn’t know there was such a thing as a “Frank L. Rizzo Monument Committee.”  Well, it’s a real thing and is ran by Rizzo’s former secretary Jody Della Barba.

The Rizzo Monument Committee is taking the Mayor to federal court on the basis that he violated agreements and protocols.  For starters the lawsuit sates that Kenney’s administration broke a long standing agreement to keep the monument in place.  The agreement dates back to 1998 between the committee and the city.  Furthermore The Frank L. Rizzo Monument Committee is also claiming that the city violated the Philadelphia Home Rule Charter by removing and disposing the monument without getting input from the public or the Philadelphia Art Commission.

Lastly Jody and the committee are asking the courts for the whereabouts of the statue so they it can be retrieved in addition to compensation for any damages the statue occurred.   As Mayor, Kenney is unable to comment on any pending litigation.

Fitler Club’s Outdoor Cafe is Now Open to the Public!
5 Blocks Along E. Passyunk Will Be Shut Down For a Whole Weekend To Allow Expanded Outdoor Dining