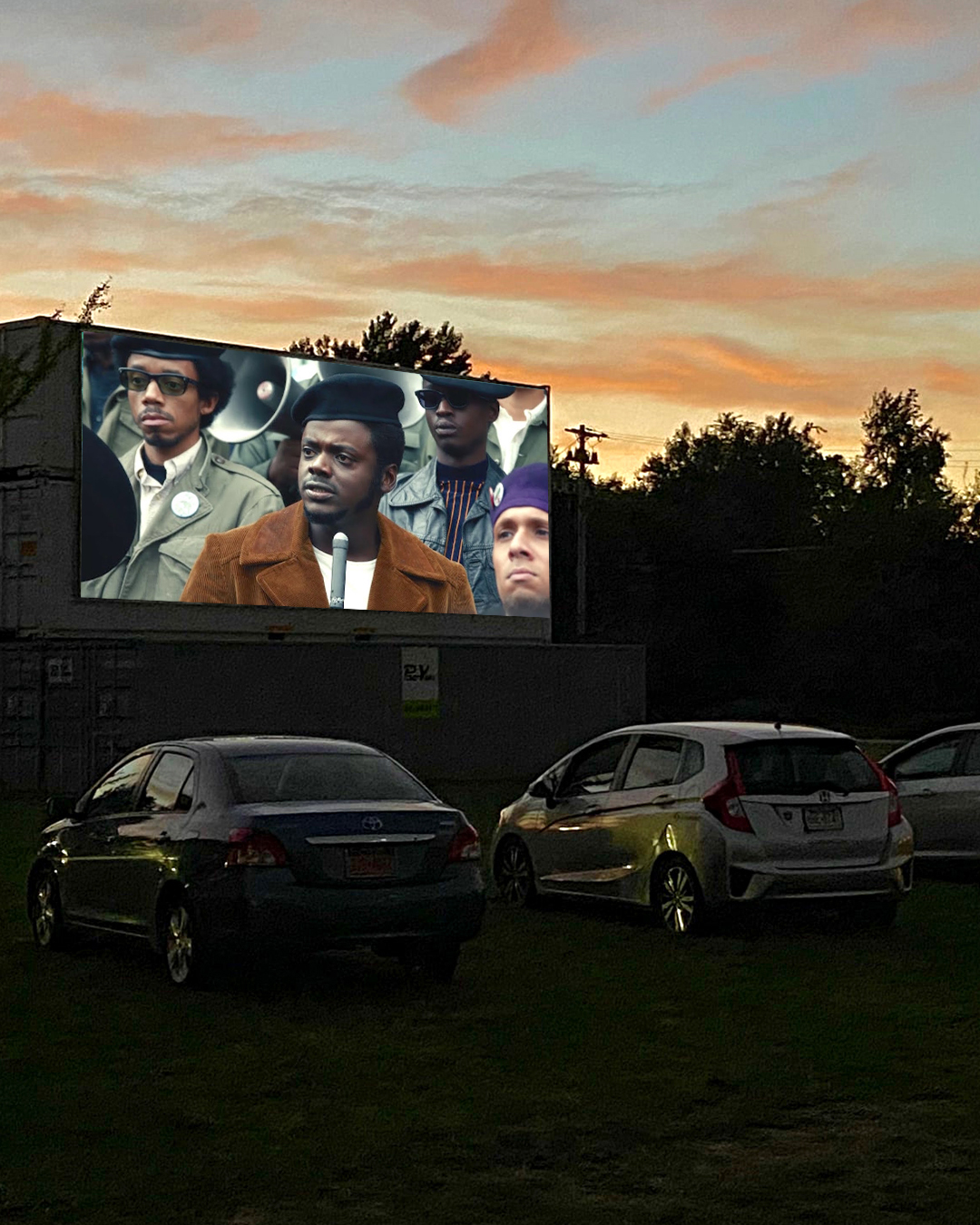 The Philadelphia Film Society is Hosting a Drive In Movie Series at the Navy Yard Featuring 8 Best Picture Nominees!

The Philadelphia Film Society is Hosting a Drive In Movie Series at the Navy Yard Featuring 8 Best Picture Nominees!

The Philadelphia Film Society (PFS) is excited to celebrate the wonderful year in film during the Best Picture Showcase at the PFS Drive-In at the Navy Yard. Catch all eight of the Best Picture nominees over the span of two weeks from April 9 – 22.

The PFS Drive-In at the Navy Yard is the only place in the area where audiences can see all eight nominated films on the big screen! Guests will enjoy all the films from the safety of their own cars with the Vehicle Pass ($100 per car | $90 per car PFS Members), on sale now. Vehicle Pass includes admission for up to 6 occupants.

This year’s featured films include David Fincher’s MANK, which led the Oscar nominations with 10 total nods, as well as PFF29 films SOUND OF METAL, NOMADLAND, and MINARI, each receiving six nominations. Between the Philadelphia Film Festival and year-round programming at the Roxy, Film Center, Drive-In, and Virtual Theater, as well as Member exclusive advance screenings, the Philadelphia Film Society brought 18 Academy Award-nominated films to Philadelphia, with a total of 54 nominations between them.

Below you will find the Best Picture Showcase’s line-up:

THE TRIAL OF THE CHICAGO 7

Friday, April 9 | 8:15 PM
What was intended to be a peaceful protest at the 1968 Democratic National Convention turned into a violent clash with police and the National Guard. The organizers of the protest—including Abbie Hoffman, Jerry Rubin, Tom Hayden and Bobby Seale—were charged with conspiracy to incite a riot and the trial that followed was one of the most notorious in history.

Saturday, April 10 | 8:15 PM
From visionary director Emerald Fennell (KILLING EVE) comes a delicious new take on revenge. Everyone said Cassie (Carey Mulligan) was a promising young woman…until a mysterious event abruptly derailed her future. But nothing in Cassie’s life is what it appears to be: she’s wickedly smart, tantalizingly cunning, and she’s living a secret double life by night. Now, an unexpected encounter is about to give Cassie a chance to right the wrongs of the past in this thrilling and wildly entertaining story.

Sunday, April 11 | 8:15 PM
A tender and sweeping story about what roots us, MINARI follows a Korean-American family that moves to an Arkansas farm in search of their own American Dream. The family home changes completely with the arrival of their sly, foul-mouthed, but incredibly loving grandmother. Amidst the instability and challenges of this new life in the rugged Ozarks, MINARI shows the undeniable resilience of family and what really makes a home.

Thursday, April 15 | 8:15 PM
Anthony is 80, mischievous, living defiantly alone and rejecting the carers that his daughter, Anne, encouragingly introduces. Yet help is also becoming a necessity for Anne; she can’t make daily visits anymore and Anthony’s grip on reality is unravelling. As we experience the ebb and flow of his memory, how much of his own identity and past can Anthony cling to? How does Anne cope as she grieves the loss of her father, while he still lives and breathes before her? THE FATHER warmly embraces real life, through loving reflection upon the vibrant human condition; heart-breaking and uncompromisingly poignant – a movie that nestles in the truth of our own lives.

Friday, April 16 | 8:15 PM
Following the economic collapse of a company town in rural Nevada, Fern (Frances McDormand) packs her van and sets off on the road exploring a life outside of conventional society as a modern-day nomad. The third feature film from director Chloé Zhao, NOMADLAND features real nomads Linda May, Swankie and Bob Wells as Fern’s mentors and comrades in her exploration through the vast landscape of the American West.

JUDAS AND THE BLACK MESSIAH

Saturday, April 17 | 8:15 PM
Chairman Fred Hampton was 21 years old when he was assassinated by the FBI, who coerced a petty criminal named William O’Neal to help them silence him and the Black Panther Party.  But they could not kill Fred Hampton’s legacy and, 50 years later, his words still echo…louder than ever.

Sunday, April 18 | 8:15 PM
During a series of adrenaline-fueled one-night gigs, itinerant punk-metal drummer Ruben (Riz Ahmed) begins to experience intermittent hearing loss. When a specialist tells him his condition will rapidly worsen, he thinks his music career — and with it his life — is over. Utilizing startling, innovative sound design techniques, director Darius Marder takes audiences inside Ruben’s experience to vividly recreate his journey into a rarely examined world.

Thursday, April 22 | 8:15 PM
1930s Hollywood is re-evaluated through the eyes of scathing social critic and alcoholic screenwriter Herman J. Mankiewicz as he races to finish the screenplay of CITIZEN KANE for Orson Welles.

Individual tickets not available; admission only via Vehicle Pass

For more information and to purchase a Vehicle Pass please visit: Filmadelphia.org/Best-Picture-Weekend

Tickets are currently available for the 8th Annual Oscars® Party & Screening at Cira Green, Philadelphia’s Park in the Sky (129 South 30th Street) on Sunday, April 25.  Guests can choose between the VIP ticket, which is $200 ($175 for PFS Members) or the General Admission ticket, which is $60 ($50 for PFS Members). With the VIP ticket, guests will enjoy the Oscars like a celebrity A-Lister as they walk the red carpet to a specially-created outdoor VIP Green Room. Invoking the glamour and excitement of backstage at the Oscars, the outdoor VIP Green Room will afford you the perfect perch from which to view the Awards Ceremony. VIPs also enjoy an Oscar-worthy selection of gourmet food stations, all-night signature artisan cocktails, and a commemorative gift bag. With the General Admission ticket, guests will enjoy complimentary drinks, lite bites, and a silent auction. This event has limited availability with limited capacity, PFS encourages guests to purchase tickets early.

All proceeds from this fundraiser benefit the Film Society’s mission to create opportunities for diverse audiences to experience film through initiatives that inspire, educate, challenge, and entertain.

Red Carpet broadcast begins at 6:30 PM, and the Awards Ceremony begins at 8:00 PM.

This event is 21+ only; masks are required.

Some of Philly’s Top Chefs Will be Grilling at Community for Their New “Grilling With Friends” Monthly Series
Sabrina’s Cafe is Celebrating Their 20th Anniversary With Some Select Throwback Pricing!