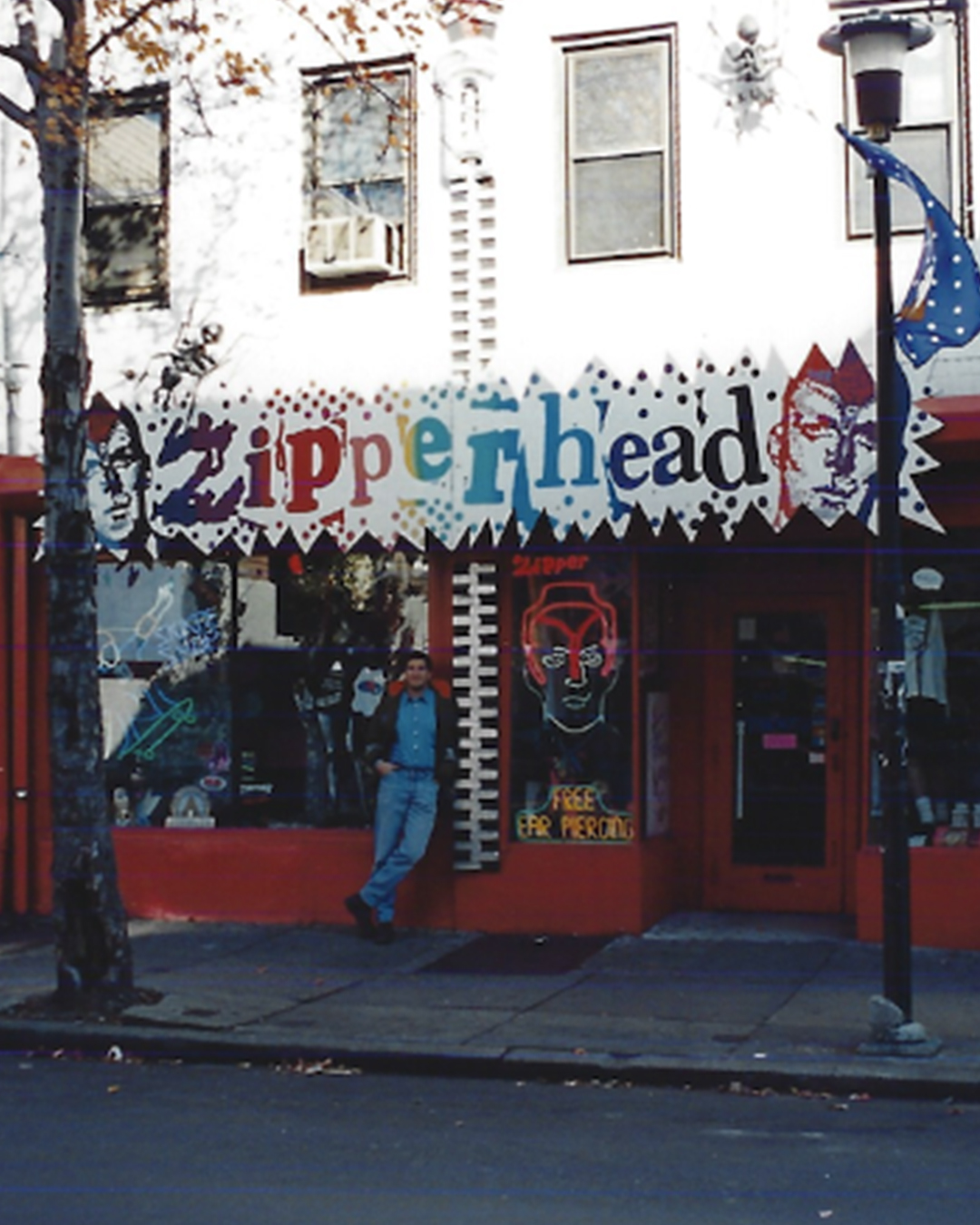 South Street Headhouse District is paying homage to the legendary Zipperhead with its grand opening of the South Street Off Center,  their new on-street office and multi-purpose flex space located at 407 South St within the building that once housed the iconic Zipperhead punk-rock store. Opening at the same time, Keep an Open Mind: A Zipperhead Retrospective is a continuous exhibition that features never-before-seen material from the Zipperhead archive such as advertising and graphic work, photographs, and newly digitized films of South Street in the 80s. Opening weekend is Saturday, November 19, 2022 and Sunday, November 20, 2022 from 12 p.m. to 6 p.m.

Zipperhead was Philly’s ultimate punk-rock mecca in the 80s. The alternative boutique, made famous by the 1988 Dead Milkmen song “Punk Rock Girl,” filled its racks with studded garments, zippered shirts, and vinyl everything. Rick Millan opened Zipperhead in 1981, and the store catered to the Philly punk scene for the better part of two decades, until closing down in 2005. The building’s original facade remains unchanged, including the unmissable ant sculptures and enormous faux zipper.

This new storefront office and multi-purpose flex space was created as a place where SSHD’s business community and district visitors may gather together, explore South Street’s rich history, and access resources that amplify and enliven experiences on and around South Street’s robust entertainment, nightlife, and business corridor. Aside from the opening weekend, Off Center hours are Wednesday, Thursday, and Friday from 12 p.m. to 5 p.m., with additional viewings available upon request.

The community, including many SSHD businesses took part in the creation of the South Street Off Center. Instead of a traditional ribbon cutting, Monica Monique, SSHD board member and owner of Oxymoron Fashion House, will be creating an aptly appropriate giant zipper for a “unzippering” grand opening. Contributing artists to the space include: Duncan Brittin, curator; Frank Chappell III, mural/street artist; Antwon Del Rosso, LED sign artist and owner of Electroromantic; Sabrena Wishart, designer, painter, fabricator, owner of that that design and Worm’s Emporium; Iziaiah Zagar, Philly Magic Gardens mosaic artist, and archival photos from Temple Special Collections Research Center and PA Historical and Museum Commission. Rick Millan, the original owner of Zipperhead is also Chairman of the South Street Headhouse District Board of Directors and has helped curate the exhibit.

The Reading Terminal “Party For The Market” Gala is Back For an Evening of Unlimited Food, Drinks, and Entertainment
The Philadelphia Airport is Opening a 20,000 Square Foot Chase Sapphire Lounge by The Club
To Top
Get the Coolest Philly Events & News Emailed to you Every Week!