Proposed Philly Casino Will Have a Space Needle - Wooder Ice 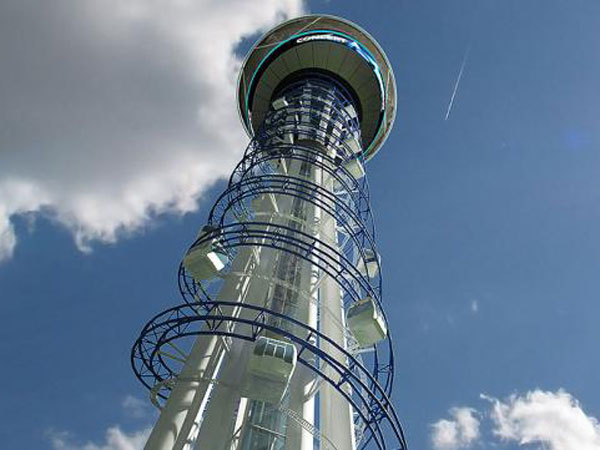 The remaining casino license that is up for grabs has a strong contender in PHL Local Gaming which is looking to build both the Casino Revolution & LoSo Entertainment Center on Front and Packard.  The LoSo Entertainment which would be separate from the casino would include a 615 ft. tall spiral space needle that would include gondolas that seat 10 people each and a rooftop restaurant and observation deck.

The original proposal handed in by PHL did not include the needle structure.  However, if approved it would be more of an added bonus as the Philadelphia Gaming & Control Board would have no say in the matter once the license is given since the needle will be located in a separate building from the actual casino. PGCB can only regulate the casino itself.

The proposed needle would be taller than the Seattle Space Needle, is contracted to be built by a company called Thrill Rides.  Thrill Rides has built attractions across the country including the MGM Grand and Six Flags.  PHL Local Gaming has obviously heard the PGCB’s argument that the next casino would have to encompass more than just gaming.  The new needle structure is PHL’s answer in which they estimate millions of people would come see the structure.
Continue Reading
You may also like...
Related Topics:casino, center, LoSo Entertainment, needle, philly, PHL Local, space