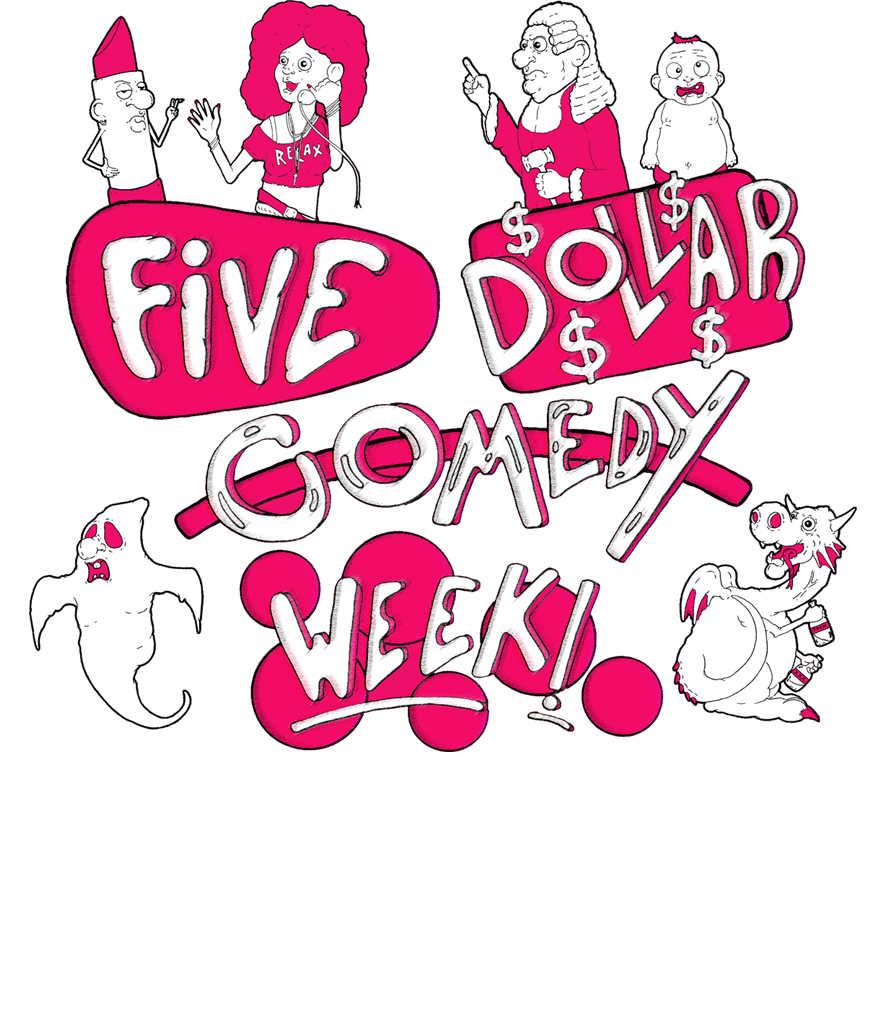 Five Dollar Comedy Week is the only festival in Philadelphia devoted to interactive, original comedy. With a vast array of shows each day from 4 PM to midnight, there’s no excuse not to attend. Unless you’ve been poisoned. We’ll accept that excuse, but ONLY that one.

The full schedule of events has been released, including shows that plan to roast your ex, weed out the stoned, summon the devil, scour Craigslist and so much more. Tickets for each show are still just $5. And for the deal-seeker, $25 Deluxe Wristbands are available which get you into every single workshop and show during the week. That’s a potential 83% savings!

Beyond just shows, Five Dollar Comedy Week features interactive workshops during the day that teach participants real-ish skills in an immersive comedic setting. This time, these skills include ghost hunting, starting a cult, painting while intoxicated and much more. As an attendee, it’s hard to know exactly what to expect, but each workshop is guaranteed to be a unique comedy experience.

“It’s so great to see all these comedians in one space producing these weird, experimental shows one after another,” says Kate Banford, co-founder of Five Dollar Comedy Week. “This week is a dream for any comedy fan.”

“And if you’ve always hated comedy, this is the week that will finally convert you,” adds Aaron Nevins, the festival’s other co-founder.

Fans can keep track of the schedule at www.FiveDollarComedyWeek.com and on Twitter @fivedollararmy.

*For a list of the top 10 shows and workshops at Five Dollar Comedy Week’s July festival, click here.

Peedi Crakk is Wiser, Maturer and Ready for a Comeback
Made in America 2015 Lineup Has Been Announced! See Who’s Performing and When You Can Get Tix!
To Top
Get the Coolest Philly Events & News Emailed to you Every Week!