Peedi Crakk is Wiser, Maturer and Ready for a Comeback - Wooder Ice 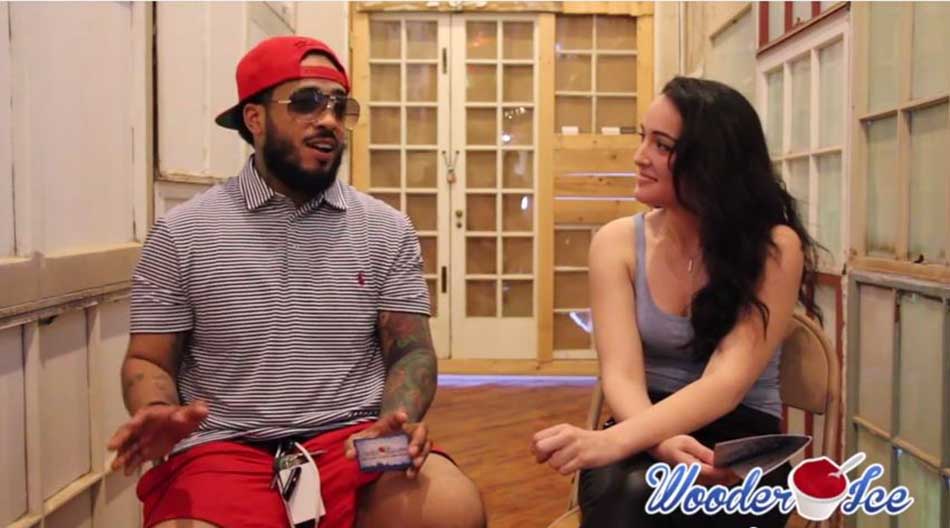 If a Philadelphian could hop in a Delorean, push it to 88, let 1.21 gigawatts work its magic on the flux capacitor and travel back to the early 2000’s they would in a heartbeat. Philly at the time was arguably at its pinnacle of popularity.  A.I and the Sixers made it to the chip, the NBA All-Star game came to town, the Phillies were winning, the Eagles were dominating the NFC East, and the hip hop world had their eyes on the city of brotherly love.  It seemed as if mainstream culture had a fixation with Philly and in the midst of all the frenzy was a kid from North Philly looking to boost his prominence in the world.

Peedi Crakk, was the self-proclaimed Prince of State Property, an assembled army of rap spitters hailing from various parts of Philadelphia.  Spearheaded by Beanie Sigel, State Property was essentially the future of the dominant Roc-A-Fella record which of course was Jay-Z’s imprint.  With a flurry of hits that included Flipside, One for Peedi, and Gotta’ Have it, Peedi was poised for a rap takeover.

However, within Roc-A-Fella things started to go awry.  Founders Jay and Dame Dash started to bump heads and it didn’t take long for the ugly split to take place.  Artist within the label began choosing sides in this hip hop civil war.  The labels biggest star Kanye sided with Jigga while Beanie Sigel and State Prop fell in-line with Dame.  Sensing the turmoil, Peedi seemed to fall-back from the hoopla leaving many to speculate why he was no longer cranking out the music that we were accustomed to receiving.

Fast forward to 2015 and you can just sense the Prince of S.P is in a better place.  We recently caught up to Peedi during a media day to promote RECPhilly’s Kickback Live concert which Peedi holds top billing.  Back in the day you may have expected Peedi Crakk to show up to these types of events with a mean mug and glossy eyes.  Instead a vibrant and upbeat Peedi worked the room like a politician.  When our own Lea Faye sat down with Peedi there was no hesitation in explaining the complete 180. Comparing the early 2000 Peedi Crakk to the current Peedi Crakk before us he was quick to differentiate between the two. “Those are just really two different people. The 2002 Peedi Crakk, he was just a young kid that just wanted to be famous, be on stage, with girls and the partying and all of that. The 2015 Peedi Crakk is selfless. I am not worried about nothing for myself.  I am more worried about the things for my kids.  Make sure my son goes to a dope school and he doesn’t have to worry about going to college or if he wants to start his own business I have the money to help him. The security is something that the old Peedi Crakk wasn’t thinking about.”

So what was the driving force behind this about face?  Well it seems like the love and the hunger dissipated during the turbulent times on The Roc.  Peedi apparently needed to regain his focus.  Withdrawing from the lime-light would not only allow himself to regroup but also restore the hunger he had prior to all of the ugly business deals that reared their ugly heads during the Roc-A-Fella run. “I really just needed a break away from the game.  The break would make you want to do it more.  The hunger of wanting to get out there. I needed that break to miss it,” Peedi explains.

Regardless of the path Peedi Crakk took to arrive at his current state of contempt, he has no regrets. He freely admits that not every move was his best move back in the day but he’s thankful for all the missteps that ultimate sculpted the new outlook he has on life. “I have no regrets. Everything I went through back then is what made me who I am now.  Because if I didn’t make the mistakes I wouldn’t know what it felt like to make those mistakes.  I did so many things the wrong way that I appreciate that knucklehead back then.  He was the one that made all those mistakes for me and I don’t have to do it now.”

With a new attitude, new found hunger and energy, Peedi is now focused more than ever on his career.  His next performance which is slated for July 11th at the TLA will have him headlining a billing consisting of up-and-coming talent including Cain Kerner, Bok Nero, Solis among others.  Peedi sees a lot of himself in this  line-up consisting of young, driven, wide-eyed artists ready to take onthe world.

As one of Philly’s rap patriarchs, Peedi Crakk now looks forward to work with the abundance of youthful talent.  Knowing the mistakes and pitfalls that come with working within the music industry we can only imagine the amount of gems he is able to drop on the current wave of artists.

If you’re looking to catch Peedi Live a the Kickback Live concert click the banner below: 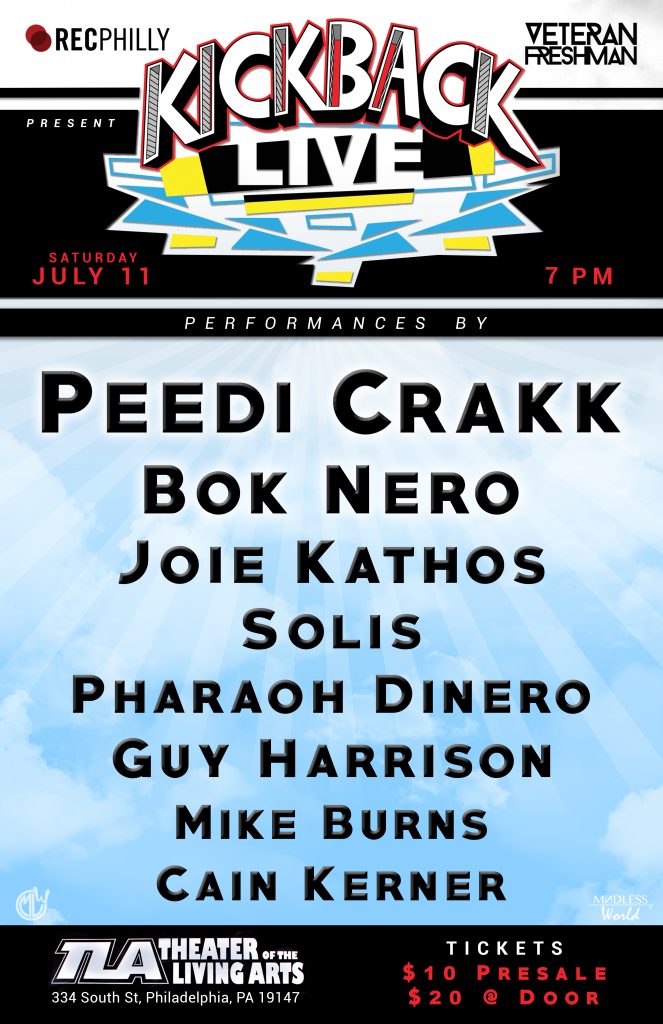