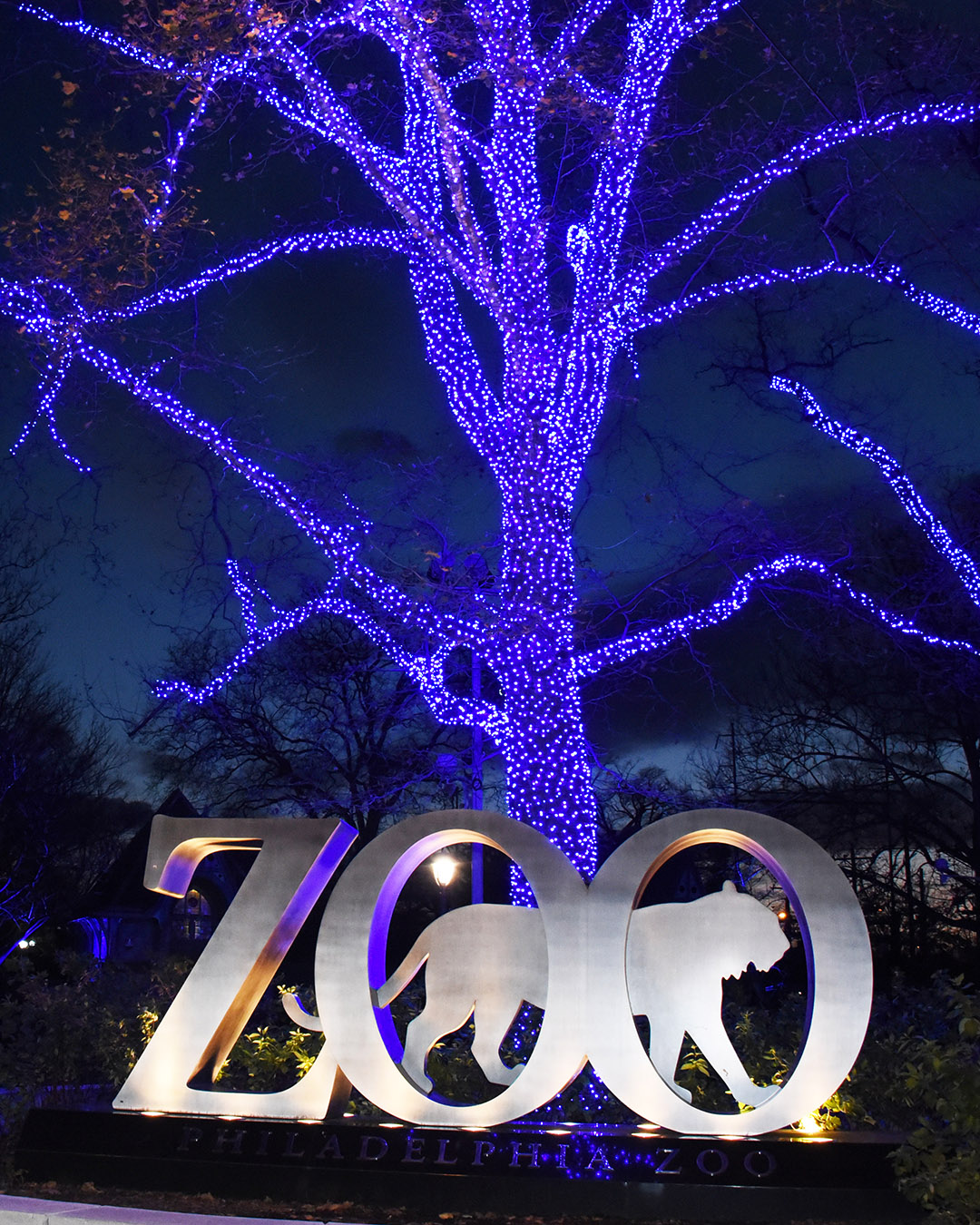 The Philadelphia Zoo has lit up three of the enormous 80-foot-tall trees at the Main Plaza with dazzling blue lights to thank the frontline. The new light display on the trees and front entrance buildings at 34th and Girard are illuminated with the goal of ringing in the holidays while also thanking healthcare workers and first responders during the global pandemic. By lighting up the front plaza in blue, the Zoo is extending its wishes for a peaceful holiday and its appreciation for the thousands of citizens throughout the greater Philadelphia region for their kindness, dedication, and courage during an exceptionally challenging year. 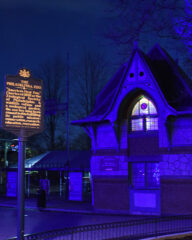 “It has been a difficult time for so many, with people across the region and across the world being so deeply affected,” says Vikram H. Dewan, Philadelphia Zoo’s President & CEO. “We wanted to show our appreciation to those who have been working tirelessly since the first Pandemic hit,” says Dewan. “We also wanted to share something beautiful with our neighbors, daily commuters, passersby, and zoo supporters.  This light display enables us to do both…even if it’s just a small, yet heartfelt, token of our appreciation,” says Dewan.

In a typical year, the Zoo would be set to host LumiNature, a fantastical holiday light show that was only just unveiled for the first-time last winter, but with Covid 19 cases peaking across the region, the Zoo team decided to table the special feature experience until November 2021. “We truly want these incredibly lit blue trees to put smiles on people’s faces.  This holiday season might feel a little different for many of us, but if the Zoo can symbolize the region’s appreciation for those who have shown such commitment during these hard times while also providing a beam of beauty for all that pass by, then we are thrilled,” says Amy Shearer, Chief Marketing and Experience Officer. “The idea was spurred on by one of our longtime Board members, Jody McNeil Lewis, who encouraged us to think differently about sharing some splendor with our neighbors while at the same time offering a gift of gratitude, even if LumiNature couldn’t be a reality this year,” Shearer continued.

Featuring 50,000 LED lights wrapped around three 80-foot-tall London Plane trees. The Zoo’s sapphire light display is sure to brighten an early morning commute or an evening stroll for anyone passing by.

Di Bruno Bros. Now Has a Pop-Up in The Italian Market That Features a Place to Sip Wine & Beer!
Next Year Peco Plans to Sell Electricity to Customers at Cheaper Rates During Non-Peak Hours!