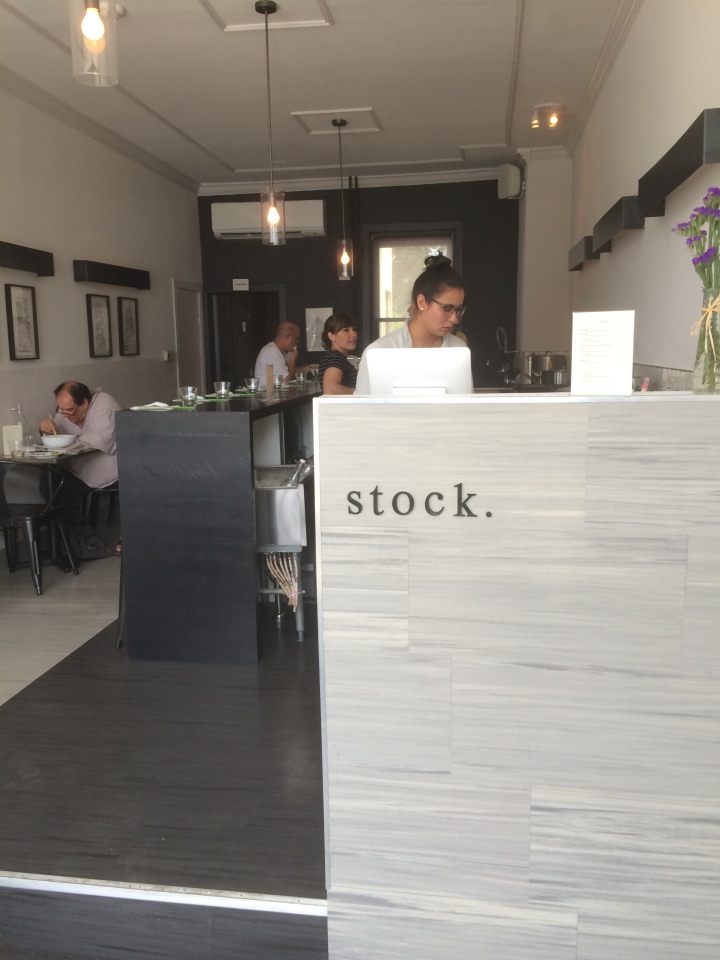 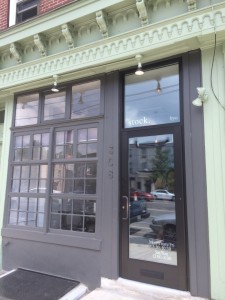 If you haven’t heard by now there’s a new kid on the block that recently moved into the booming Fishtown section of the city.  It seems as though you had to travel to South Philly for two things, sporting events & great pho.  Now residents living in the North part of Philly can save a little on gas as Stock serves up some of the best pho the city has to offer.

Stock is the brainchild of former Zahav sous chef Tyler Akin and his wife Nicole Reigle.  The couple transformed the former ice cream shop at 308 E. Girard and made it into a sleek and hip pho spot. However, this obviously isn’t your typical pho spot.  Stock which seats 18 is a cozy BYOB joint that serves up “..pho made from all grass fed beef bones, as well as a mushroom pho (vegan).”  All ingredients are really fresh and the meat quality is supreme.

Some of the pho choices on the menu include green mango, raw flank, & golden papaya.  This place is concise and to the point.  Although it has an upscale feel to it, Stock is no nonsense pho restaurant without the overwhelming extras some of the traditional places you may have visited in South Philly. You know the ones with like a 30 page pho menu.

Due to the size of Stock, they do not accept large parties or reservations, so it’s pretty much walk-in only.  As for the atmosphere, it is cozy to say the least and the clean finishes give it a modern feel.  Great place for dates or catching up with an old friend.  So if you love pho, you’ll love Stock.