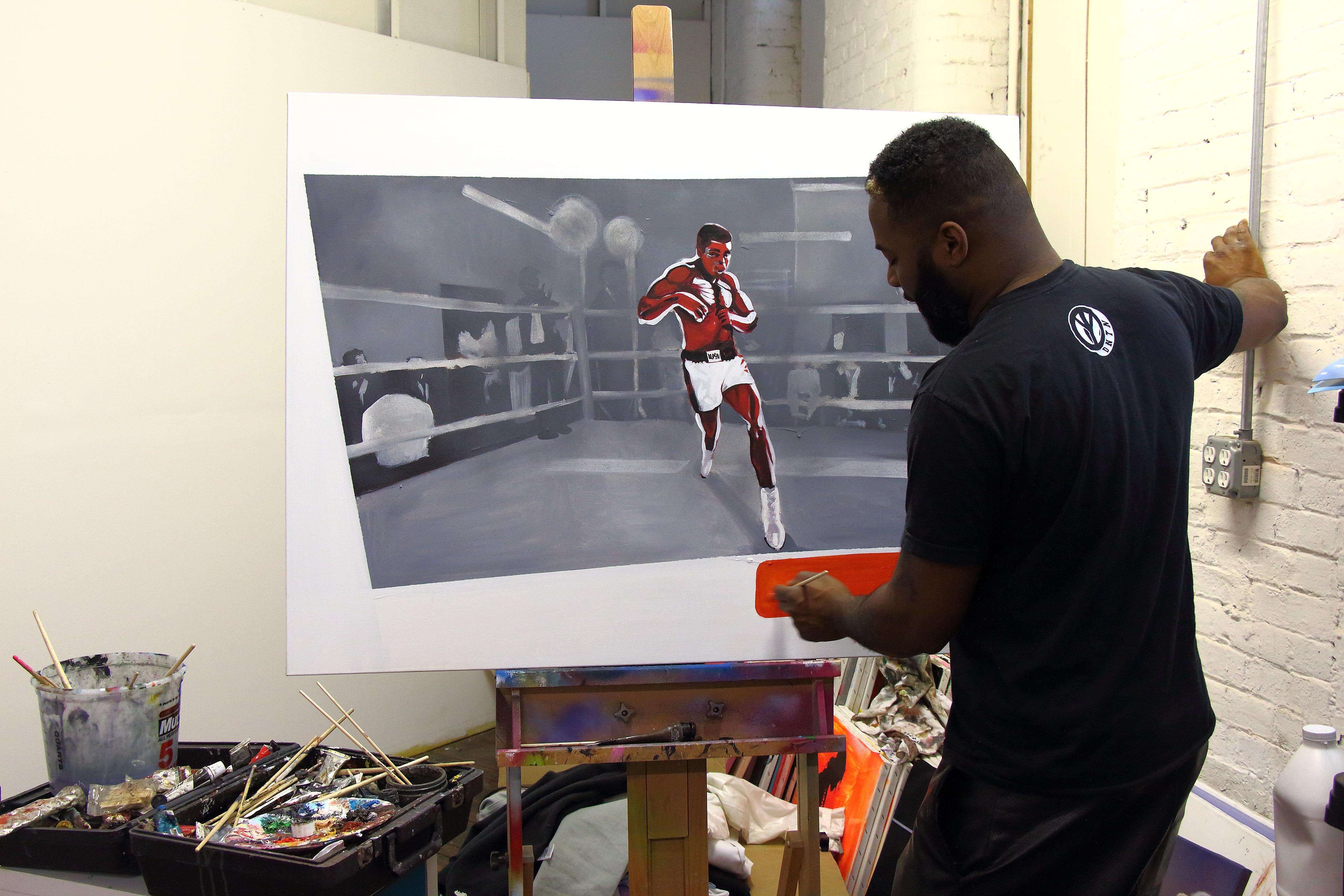 Art is a form of expression. Each painter has a unique way of conveying emotions and ideas by deciding the breadth of a paintbrush stroke, the medium they use, the colors they pick, etc.  Meet, Iven Taqiy, an artist who not only pours raw passion and emotion into his art, but into discussions about his family, his work, and the future of art in Philadelphia.

We recently caught up with Ivben for a candid interview to discuss his beginnings, his family, and the future of the Philly art scene.  As we started to set up in his art studio that looks like your quintessential studio you see in movies with the high ceilings, hardwood floors with traces of paint stains, I started to observe his workspace.  Canvas pieces with vibrant colors and bold lettering were all over the place.  Little did I know that these paintings were a direct representation of Ivben’s personality.  Very bold and not shying from expressing himself.

His passion for the arts isn’t anything recent, it was sparked at the tender age of seven.  “I wrote my first book when I was seven.  A lady came to my mom and said ‘Hey your son is really good at drawing and I want to do a kids coloring book but from a child’s perspective’.” So doing that I made $300 off that.  I was like wow $300 at age 7, that’s a lot of money.”  It wasn’t too far after his first book that Ivben began to be noticed among his peers in school.  Even teachers were singing his praise as they were witnessing an art prodigy honing his talents before their eyes. 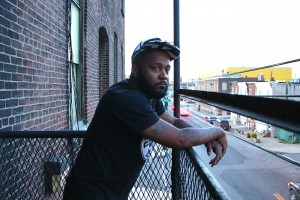 Philly native Ivben Taqiy reflects on the city that made him

But what made Ivben go from simple drawings for friends and family to full blown art shows that attract celebrity clientele?  Ivben recollects his adolescent years and not having nice things. He recalled having to go to the local Value City to get no-name sneakers and apparel and explaining to his mother that he would be teased at school by wearing them. His mother told him because of having to support four children, she simply could not afford to buy name brand clothing. That’s when Ivben realized he needed to make his own money.  “I used to sell drawings at request.  $5 here $5 there.  Then I said to myself ‘You know I could do this and it doesn’t cost me money.’  $5 quickly graduated to $50 to $100 doing portraits of people’s families.”  This snowball effect quickly garnered Ivben the attention of high profile celebrities and figures.  Now he is hosting his own art shows and selling his paintings at a price that allows him to live comfortably.

So for anyone wondering what Ivben’s style of paintings is.  There isn’t a true category to put him in. Ivben gave the perfect analogy of his art form, “If you get a soup and the soup tastes delicious, there’s going to be some parts of that soup that’s going to be sweet.  Some parts of that soup will taste salty and sultry.”  I want my paintings to have that soup feeling.  All these different types of styles into one.”

With the backdrop of the interview being his Muhammad Ali pieces for his upcoming Ali Art show April 26th, we then segued into the topic. “This is my 3rd installation of my ‘3 Mike’ project. I wanted to do a Michael Jordan, Michael  Jackson, and Mike Tyson.”  However, the third installment, Mike Tyson was eventually replaced with Muhammad Ali after a debate with close friends.  “My boys were just like, ‘Yo if you’re going to say who the man is in boxing you gotta’ go with Muhammad Ali.”  After reevaluating, Ivben eventually conceded to the notion that Ali was the clear choice. “He did something more than boxing,” Ivben  states. He then proceeded to give a laundry list of all aspects of life that Ali has made a difference on including economics, politics, patriotism, and humanitarianism.  Proceeding to stay on the topic of boxing, Ivben expressed his distaste for current stars including reigning boxing Champion Floyd Mayweather. “You’re not a hero to me.  You’re just a guy that got some money and took care of yourself and your family.”  Alluding to the fact that Mayweather lacks in the humanitarianism ability that Ali possessed.

Eventually as our interview progressed we touched on subjects more closer to home.  The Philadelphia School system and their lack of funding for the arts was definitely a passionate subject for Ivben as he described a flawed system where donations and funding were whittled away by greedy politicians and administrators.  “I don’t see or feel enough that they care.  It’s enough to get the videos when cameras are rolling, enough to shake the hands, wear the suits, and look good for the cameras.” The vocal picture Ivben was painting before our eyes was vivid and troublesome.  What will happen to the aspiring artists of Philadelphia if art programs continue to suffer? 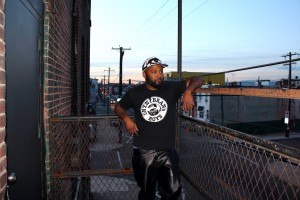 Although no clear solution was given to this growing problem Ivben was quick to give advice to those looking to make it in the art world, or through life in general. “Hustle!, straight up like that.” he blurts out.  “You want to make yourself attainable and an asset to someone. And don’t do what everyone else is doing. Don’t say ‘Oh Jamal is selling t-shirts so I want to sell t-shirts.  No one is going to to buy your expensive cheap shirts.  They are going to go to H&M and buy a $13 shirt not your high ass cheap ass $65 shirt that you ironed on with an Easy Bake Oven.”   He then continued to lay the blueprint for anyone looking to be successful in any field.  “Figure out what the f*ck you want.  Get a brand, get profitable sh*t you can sell that makes sense, then believe in it.  Then go sell it.  That’s the only way you’re going to win.”

From his personal trials and tribulations, to his success Ivben gave us the uncensored truth about art and life.  We hope you guys enjoy the video and a look into the world of Ivben Taqiy, “Art Uncensored.”

Is Everyone Taking Advantage of Free Beer?
The Bike Share Program is Finally Coming to Philly!