Is Everyone Taking Advantage of Free Beer? - Wooder Ice 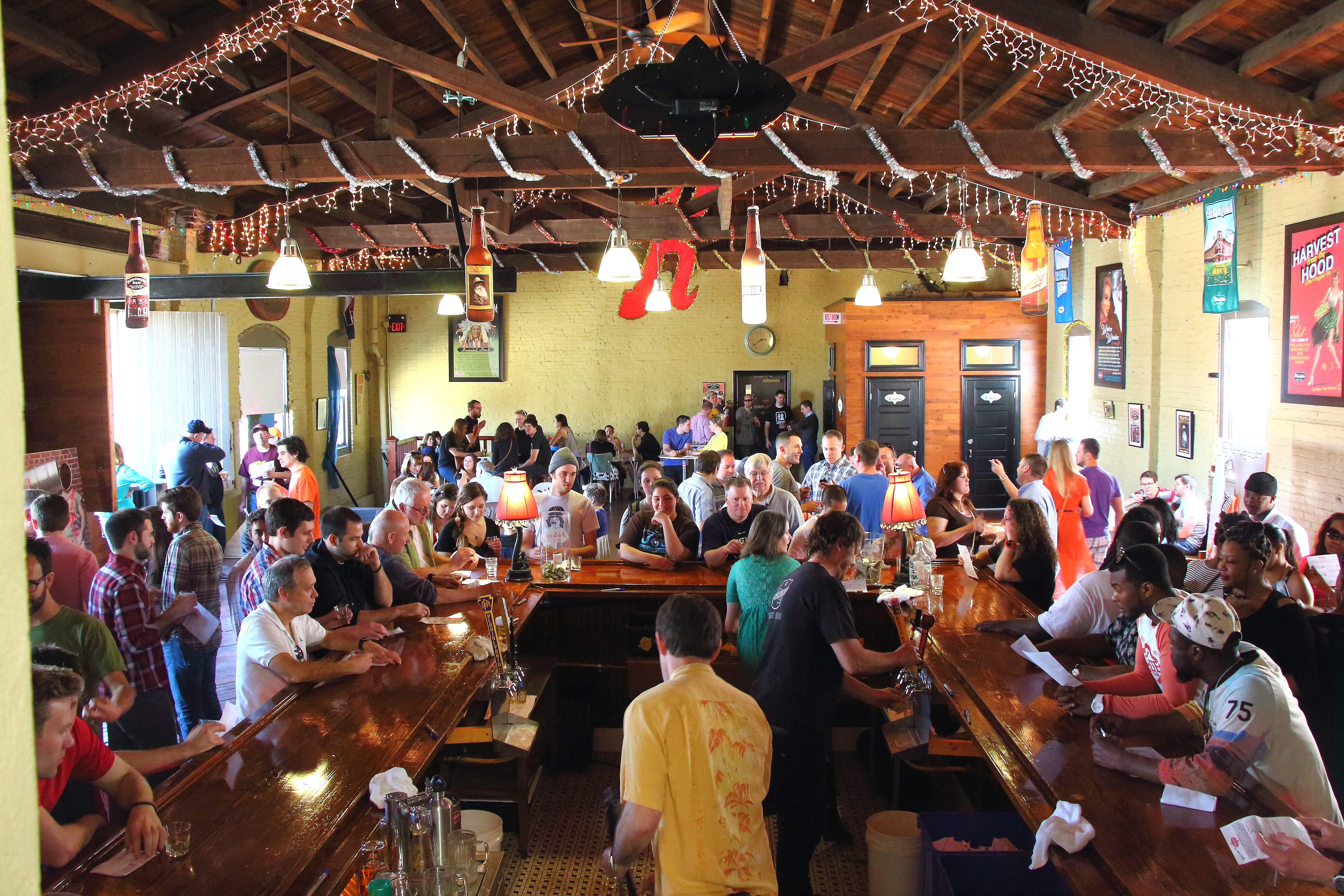 Personally I used to live within walking distance of the Philadelphia Brewing Company.  I knew where it was located and was a fan of their products.  So it was not uncommon for myself to purchase a variety case at the local beer distributor.  However, for years I had no clue that free tours and beer were being given at the PBC.

I know this isn’t breaking news per say but we definitely wanted to get the word out to visitors, people new to the area, or people like myself that just plain weren’t aware.  The tours are given every Saturday from noon to 3 pm.  Visitors are given a sheet of paper that lists about six different flavors PBC offers.  You then go to the the bar they have set up in the waiting area which is spacious, airy, and has plenty of seating.  The bartender then proceeds to check off each flavor as you try them.  Don’t expect a full pint but the portions are generous and you are sure to get a nice buzz going after completing the sheet. 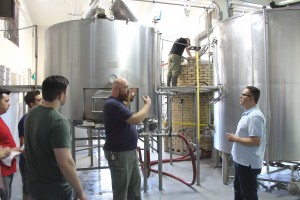 A PBC tour guide explains the brewing process to visitors

As you wait and taste beers, tour guides call out groups by the designated numbers located on the beer tasting sheet.  The tours are generally quick but informative.  Fans of brew like myself can appreciate the artistry and craftsmanship that goes into making each batch of beer. As the tour guide takes you through the process of brewing, they are also giving lessons in history.  The building that now houses PBC was originally constructed in 1885 by the Weisbrod & Hess Oriental Brewing Company.  Obviously it has since folded.  Since PBC opened it’s operation in 2008 they have quickly became a Philly staple.

PBC obviously takes great pride in their beer and want visitors to know much they appreciate their business.  That is why every Saturday beer is on the house at the Philadelphia Brewing Company.  Take a tour and let us know what you think!