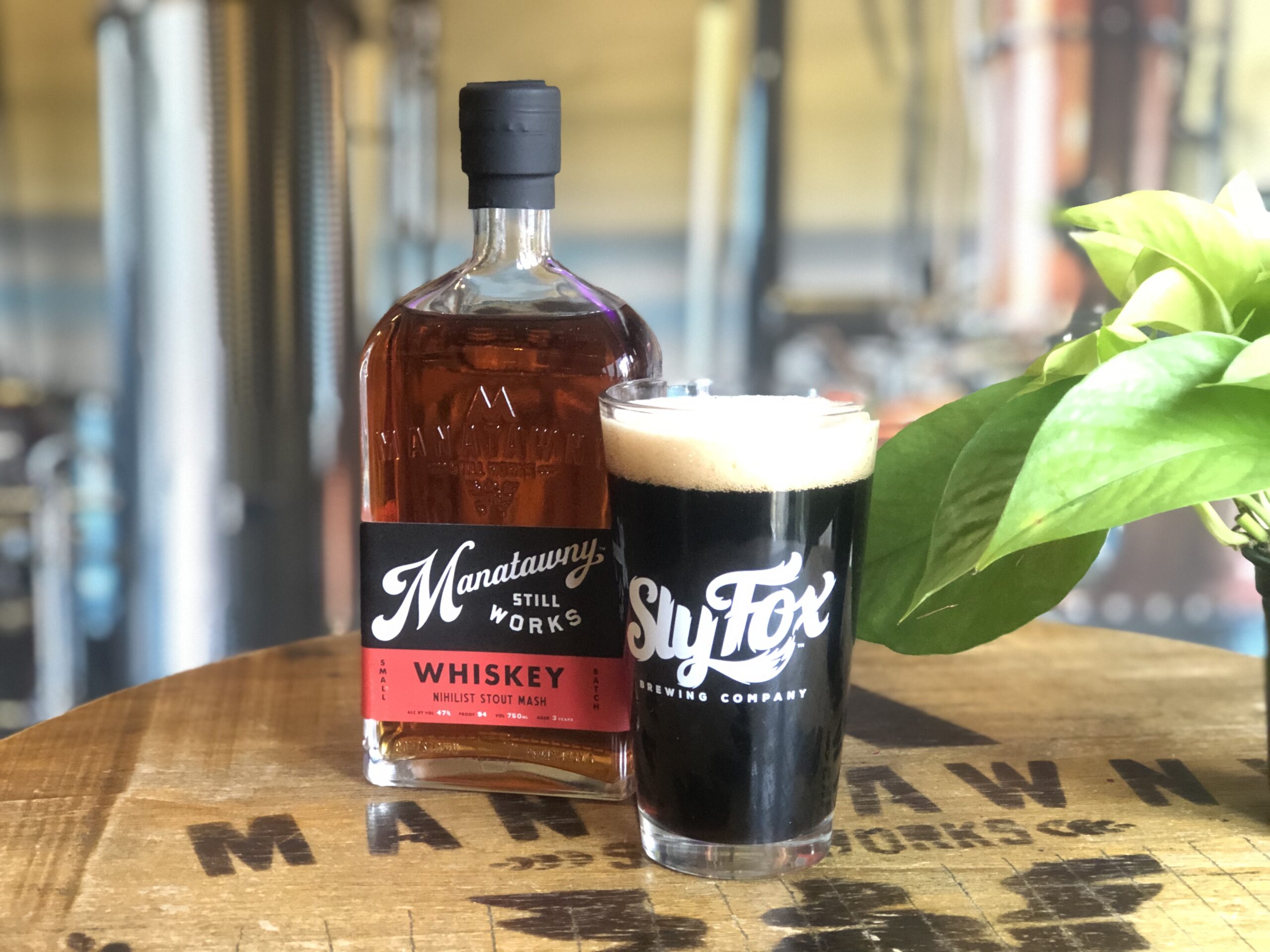 Located just up the road from one another, Manatawny Still Works (MSW) and Sly Fox Brewing have been doing neighborly deeds for years. Six years to be exact, since Manatawny Still Works first opened its doors in Pottstown. And, did you know they even share an employee? Master Distiller Max Pfeffer is a former Sly Fox brewer!

Today, the two will join forces and co-release a beer and a whiskey (aged three years):

Max Pfeffer of MSW: “For our Batch 20 (part of our ongoing Small Batch series), we took Sly Fox’s Nihilist Stout recipe and distilled it as whiskey, then we let it sit in new oak barrels for three years. Through this collaboration, we show the close relationship between beer and whiskey – they are, essentially, made in the same way. Plus, the roasted malt in the stout recipe translates well to whiskey in the form of cocoa and coffee notes.”

Keith Maynard of Sly Fox: “Our coveted Russian Imperial Stout was carefully aged in Manatawny Still Works’ premium oak cooperage in which a batch of Nihilist whiskey had matured for 3+ years. Rich vanilla and caramel notes imparted by the barrels complement the robust chocolate and roasted malt character of the original liquid and transform the beer into a delicious doppelgänger. With a warm and pleasant denouement, Barrel-Aged Nihilist will get you through the darkest of nights.”

Where to try them:

Where to buy them:

The Ultimate Game Night at Fashion District Sponsored by Tito’s!
Did You Know There is a Chocolate, Wine & Whiskey Festival in Philly?
To Top
Get the Coolest Philly Events & News Emailed to you Every Week!