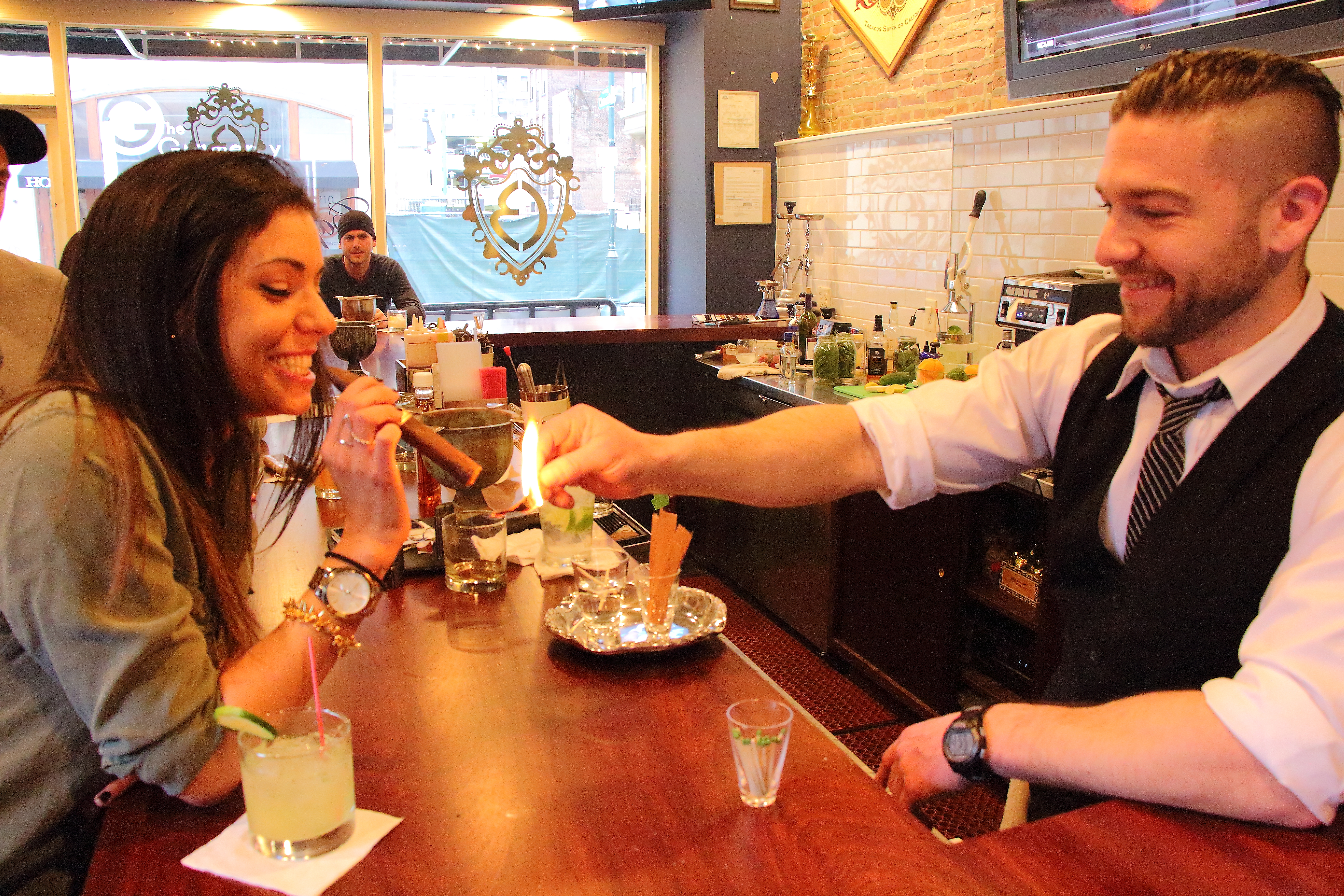 Cigar lounges are usually one of two extremes. Either you’ll end up in a dark smokey den or a white collar executive lounge.  Rarely if ever do you find a happy medium.  Cappelli Brothers Cigar Company however is just that.  A cigar lounge with a new school feel coupled with a neighborhood bar atmosphere, right here in Center City.

No dress codes, no old school boy’s club vibe, and no overly priced cocktails.  In fact when it comes to drinks at this joint, you bring your own.  That’s right Cappelli Brothers Cigars embraces the Philadelphia BYOB trend.  Love scotch with your cigar? Bring in a bottle.  Enjoy vodka? Make sure you stop at the liquor store before coming in.  Cappelli Brothers will take the liquor you bring in and whip up fresh, great tasting cocktails.  Their signature cocktails are $5 and are made with the freshest ingredients including lemonade made right in-house as well as fresh brewed mint and tea leaves.  Enjoy artisan drinks such as The Ultimate Dill with cucumber, dill, agave nectar,  & fresh lime juice or the Fresh Daily (play on the the John Daily) with house made tea, lemons, simple syrup, and powdered sugar.  We’ve personally tasted these concoctions and have to say they are top-notch drinks.

Aside from the cool BYOB aspect this places does what most cigar lounges shy from.  Cappelli Brothers Cigar Company actually embraces the hookah and vaporizer crowds.  Where it was once the case that hookah smokers went to hookah lounges and the vape crowed got in where they fit in, Capelli’s integrated the smoking scene into one cohesive atmosphere that works. 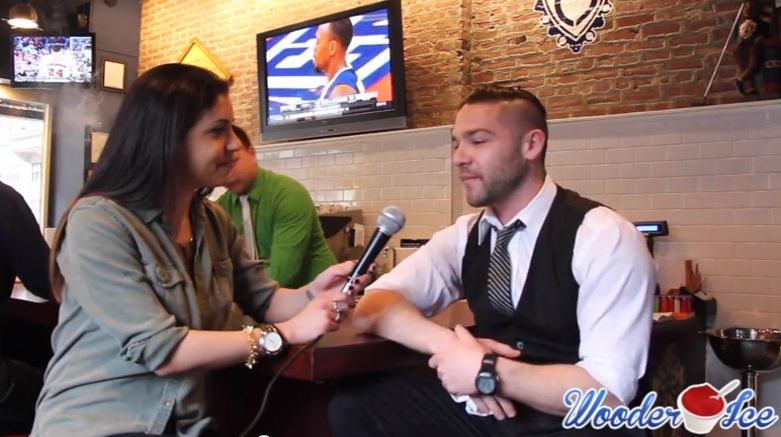 Aside from the upstairs bar, Cappelli Brothers also has a downstairs lounge that looks like you accidentally walked into an actually family room.  Over-sized chairs and homey decor gives the place a really relaxed vibe.  The combination of the fresh drinks as well as the ability to choose between cigars and hookahs has attracted the female demographic to Cappelli’s.  Maybe because the place isn’t as intimating as other lounges or the fact that they have tons of introductory cigars including flavored cigars which helps first timers ease their way into the cigar culture.

There’s a high probability of becoming a regular at this place.  So if you find yourself sitting at the bar drinking an Old Fashioned more than once a week then it may be worth your while to join the Cappelli Brothers Cigar Company Club. Members get to enjoy the benefits of having their own lockers to store their stogies, waived corkage & cutting fees as well as access to members only events.

Either way you slice it this place is definitely worth a visit.  An awesome place to chill, drink, unwind and enjoy some of the best cigars and cocktails Philly has to offer.

Xfinity Live is Hosting a Family Movie Night With Free Popcorn
Know a Teen That Loves Acting? The Arden Theatre Offers a Behind the Scenes Experiences