Bourbon Tasting Classes are the New Trend, Have You Caught on? - Wooder Ice 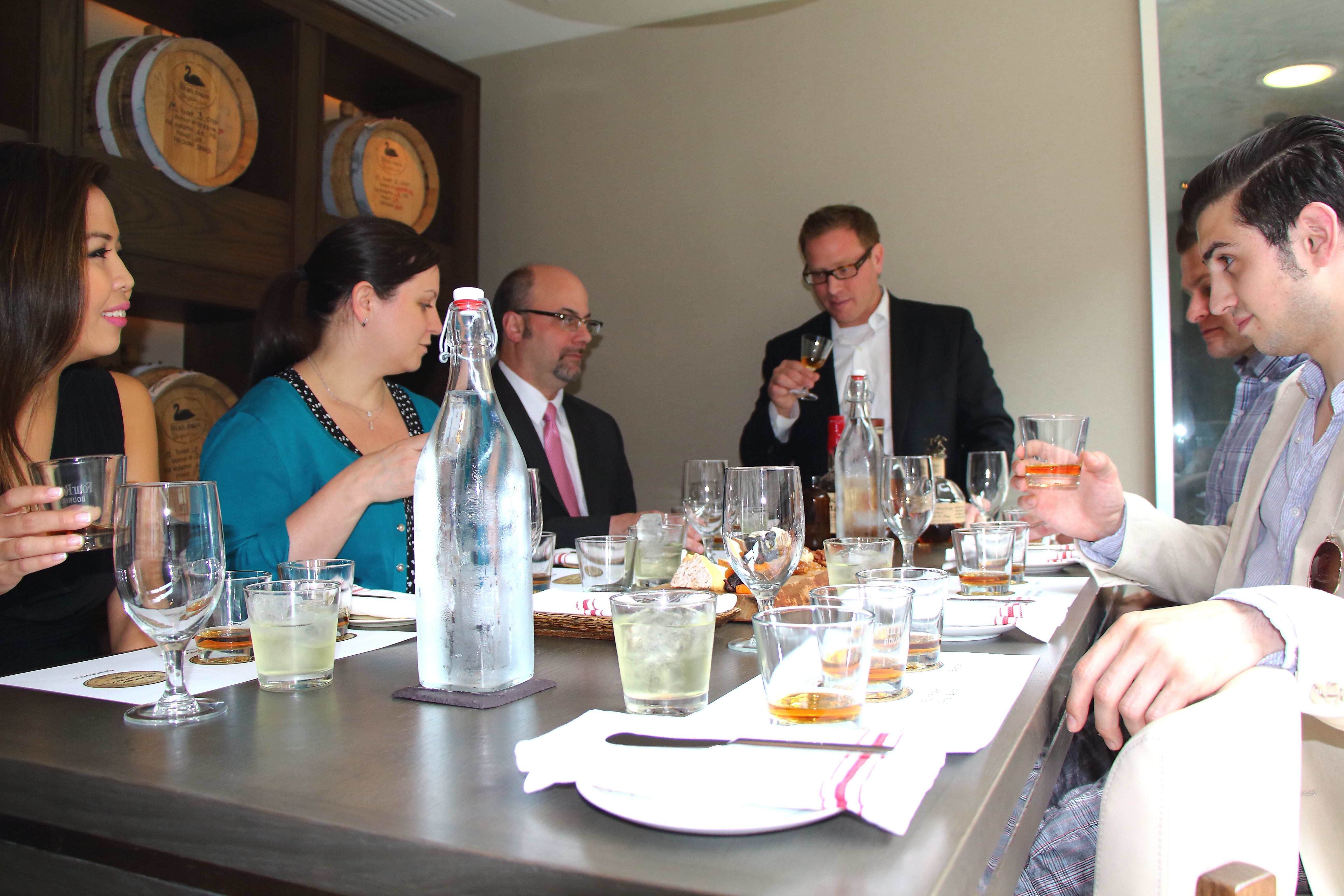 Now we’ve pretty much all heard of or even been to a wine tasting.  I mean come on Groupon & Living Social practically give away tickets to these events like they’re promotional flyers.  In turn many consumers have either become jaded by wine tastings or looking for something new and different.  Lo and behold I happen to stumble across bourbon tastings happening in our own backyard.  However, these tastings are not  your run of the mill sip and taste.  Rather they are educational and social gatherings where folks like you and me can be educated and come to appreciate the art of bourbon making. 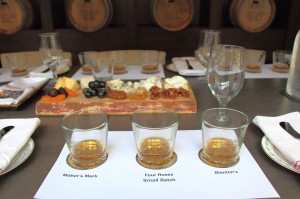 Located within the ground floor of the Loews Hotel in Center City, is a fairly new spot that opened up called Bank & Bourbon.  Aside from their great food and spirits, this Philly gem has developed a program to gather both bourbon novices as well as the educated consumer.   Every Wednesday at 5:30 pm for one hour, Bourbon Master Brian Bevilacqua hosts bourbon tasting classes.  Tasters can expect to try three bourbons as well as sample snacks such as cheese & fruit.  However, your palate won’t be the only thing being treated at these classes as Mr. Bevilacqua also stimulates your mind with history and awesome facts about bourbon.  “My goal is to give you tidbits you’ve might not have heard. A lot of that comes from me meeting the distillers, and traveling to Kentucky and all over the country.”  If you were wondering how much all this will set you back, well the price for the class is a steal for $20.

The classes are held in a private room cleverly hidden behind a bookshelf.  It is almost like a dream man cave tucked away from the chic restaurant.  The setting itself couldn’t be more ideal.  Several 3L barrels line the wall facing a floor to ceiling window where participants are treated to the hustle and bustle of downtown Philadelphia. “We host up to six (people), we want to keep it a little intimate,” Brian states as I observe the cozy bourbon tasting room.  However, just outside is a larger room and Brian is quick to add “If it gets bigger we can go bigger. You want 30 we got some room for 30.”  If the bourbon industry continues to grow at the pace it is now Brian will need all the space he can get.  Bourbon consumption as well as bourbon tours in Kentucky have exploded in recent years. U.S. sales of bourbon and Tennessee whiskey have grown steadily over the past decade, and exports topped $1 billion in 2013, according to the Distilled Spirits Council of the United States.  It’s not just in the U.S this trend is catching on. Countries such as Japan can’t get enough of good ol’ American bourbon. In fact according to recent reports in January, Japanese beverage giant Suntory put in a bid to purchase the Beam Inc. portfolio for approximately $16 billion in cash.  The portfolio contains many of America’s favorite brands such as the iconic Jim Beam, Knob Creek, Booker’s, and Maker’s Mark.

As for the class itself, it has only recently been launched but Brian already has a game plan to give tasters a new experience on each visit. “So far I’ve done bourbons I am going to do American whiskeys, probably some international whiskeys.  I’ll mix them up.  I am really trying to make them fun.”  There is no limitation to amount of classes bourbon tasters can attend.  The more you attend the more you taste, learn, and come to appreciate bourbon, whiskey, and other fine spirits.  “There’s no limitation to this class,” Brian points out.  His vision is to see the class evolving with class participation and questions from attendees with a real thirst for knowledge (pun intended).  Brian has even worked out arrangements for distillers to attend future tastings.  “We want to get the word out, educate people, and have fun drinking.” Mr. Bevilacqua happily states.

But the classes are only one program that Brian oversees.  In addition Bank & Bourbon runs a barrel aging program where customers can come in and purchase a 3L barrel and fill it with a spirit.  “If you’re patient you can get some wonderful stuff,” Brian states.  The barrel program is awesome in a sense that it gives you the opportunity to create your own spirit.  Although Brian is there to guide and consult, ultimately you get to decide what gets put into the barrel and how long it sits.

Bank & Bourbon has put together two great programs.  Both the tasting classes and barrel programs are poised to be great successes, especially as bourbon continues to take over the spirit market.  Consumers are getting younger and more diverse.  In fact Brian stats that women are drinking almost as much bourbon as men.  When you really think about it, this class could be a perfect opportunity for a date or to meet new and interesting people.   So the next time you are looking for something new and different to do in Philly, think bourbon, Bank & Bourbon.