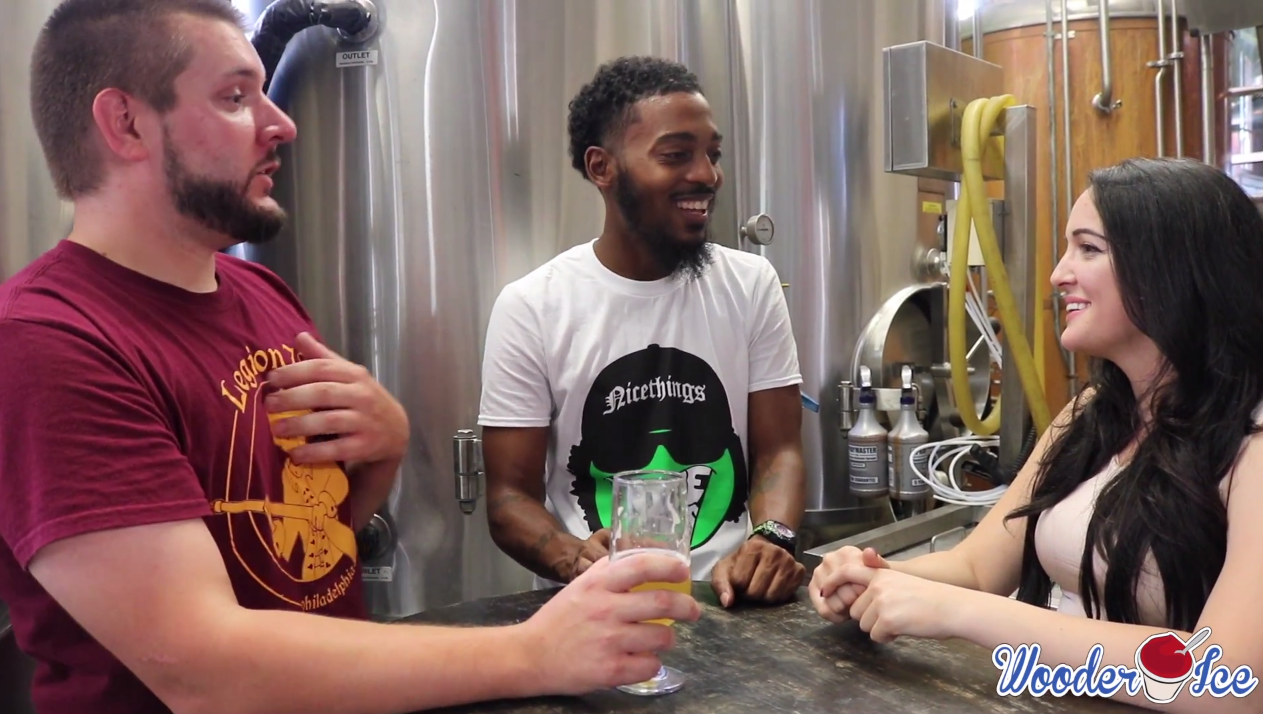 These days being in the entertainment bizz means more than just laying down dope tracks or rocking crowds. In the social media age, more and more artists are immersing themselves in unique ventures. From headphones to video games and even their own strand of weed (see Wu-Goo).  West Philly’s own Chill Moody is now the latest artist to leverage his brand.  Just recently Chill linked up with Dock Street Brewery to develop his own IPA dubbed Nice Things IPA.

In a city that constantly ranks among the top beer towns in the country,  taking advantage of an already high demand was a savvy move.  The norm especially for most rappers is to push liquor.  From the ultra dud Sizzurp from Cam’ron and company to the over the top successful Ciroc from P Diddy rapper after rapper have tried their hand to be the go-to drink at every club. However, a tasty IPA is always a good move.  Dock Street Brewery which has been around since 1985, has been a staple in the West Philadelphia where Chill Moody grew up.

It wasn’t until a event debuting their Wu-Tang inspired brew “Ain’t Nothing to Funk With,” was this unique partnership forged. Dock Street Head Brewer Vince Desrosier and Chill Moody clicked right away.  The hop loving duo quickly became friends and had a lot of knowledge to share between music and brewing which eventually lead to a merge of the two worlds. However, Chill didn’t just want to stick a Nice Things logo on the beer, he wanted to be involved in the process as much as possible.  We’re talking about a guy who has an alter ego social media profile “Drunk Chill.”  So of course his affinity for alcohol drove him to create a hand crafted IPA.  “We hit the whiteboard quite a few times and he (Vince) would teach me things.  It’s like I wanted to learn about the beer and want to feel the beer,” Chill Moody States.

As with all “Nice Things” Chill Moody and Dock Street put together a cool shindig at Dock Side with close family and friends.  Wooder Ice was on hand for the Nice Thing IPA premiere party and got the inside scoop on just how the brew duo put together Philly’s own hip hop beer.