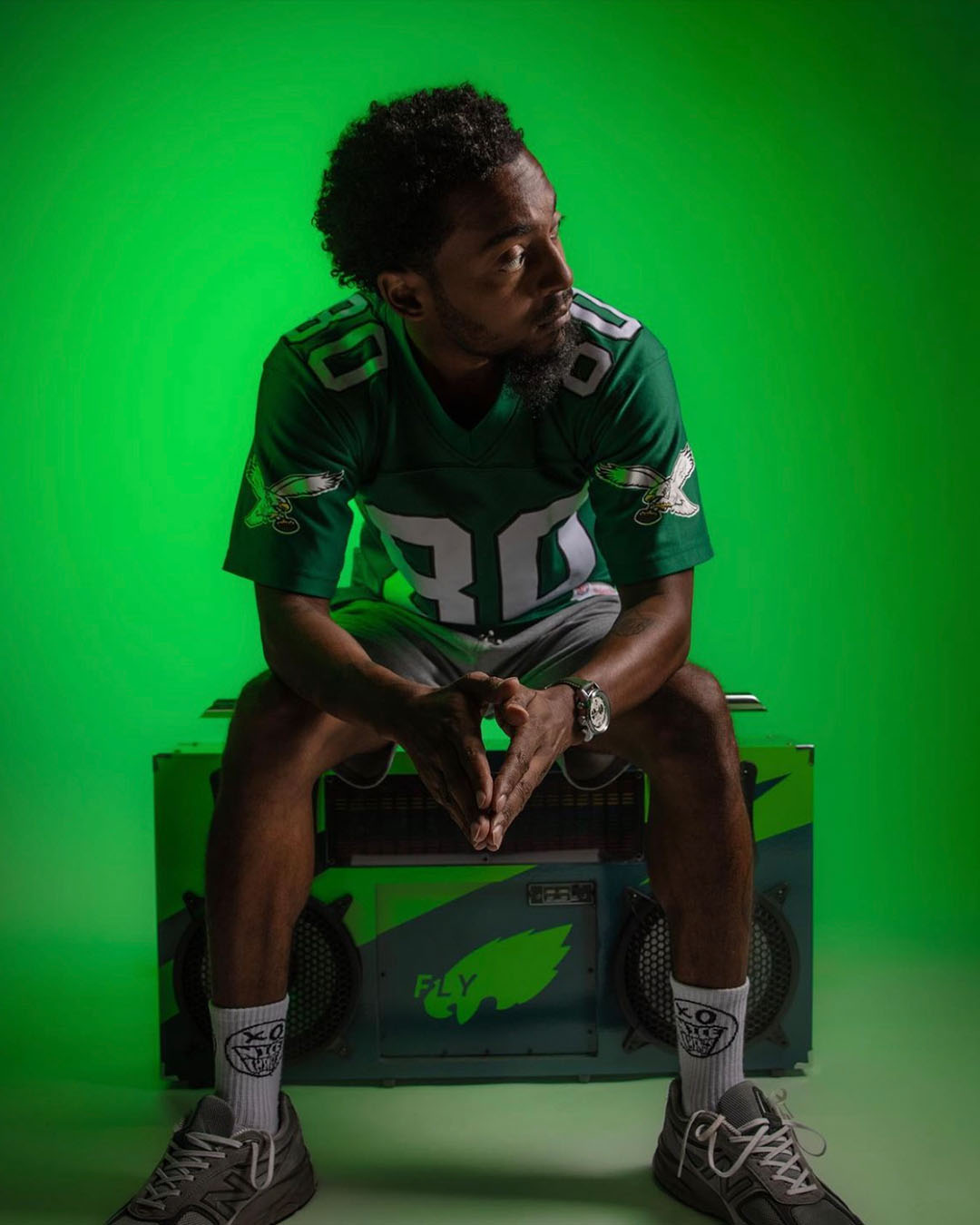 To kick off the 2022 NFL season, the Philadelphia Eagles and Pepsi are launching a new, first-of-its-kind experience that brings the worlds of music, art, and football together for fans in a creative way. The Eagles Gameday Poster Playlist presented by Pepsi will showcase the work of popular artists through illustrated posters and exclusive music tracks that tell the story of each home matchup this season.

Executive Produced by Chill Moody, a prominent figure in the Philly music scene and the “Official Philadelphia Music Ambassador” as tabbed by City Council, the project will pair original artwork with exclusive, unreleased music from established and emerging artists in the industry, such as Jimmie Allen, The Menzingers, Brianna Castro, Breland, and more.

The digital gameday posters, which combine memorable graphics from area artists with the musical element, will go live two days before each home game across the team’s social and digital channels. All music featured will be previously unreleased original tracks by the artists and will debut for the first time when each poster is unveiled. The tracks will play exclusively on the Eagles Mobile App for three days before their national streaming releases. Printed versions of the gameday posters, which will be made available on game day to all fans in Lincoln Financial Field’s Pepsi Plaza, will feature a unique QR code linking to the Eagles Mobile App playlist, which will aggregate the tracks over the course of the season.

“The Eagles Gameday Poster Playlist presented by Pepsi serves as a fun and engaging way to entertain Eagles fans and deepen our relationship with this talented creative community,” said Jen Kavanagh, Senior Vice President of Media and Marketing, Philadelphia Eagles. “We are fortunate to live and work in a city that is celebrated for its artistic expression and cultural vision. It is an honor to leverage our brand in a way that both elevates and amplifies the work of these inspiring artists. We are grateful for the support of Pepsi and look forward to collaborating with Chill Moody on a project that intertwines the worlds of music, art, and Eagles football.”

The musical lineup will feature an eclectic mix of artists from the genres of hip-hop, rock, country, pop, and more. The graphic designers are all Philadelphia-based and will incorporate their own unique style into each game.

“At PepsiCo Beverages North America, we’re hyper focused on engaging fans in impactful ways, and are more intent than ever on putting the fans first this season,” said Nancy Rooney, PBNA North Division Chief Marketing Officer. “The Eagles Gameday Poster Playlist is just one of the many ways we’re prioritizing diehard Eagles fans by giving them exclusive access, and it’s a bonus that we can spotlight the musical and artistic ethos of the City of Philadelphia.”

The first digital gameday poster will debut in Week 2 of the regular season when the Eagles face off against the Minnesota Vikings in the home opener on Monday, September 19.

“It’s a big deal for Philly, having the Eagles connecting with local visual and performing artists on a major scale like this,” said Moody. “Sharing that national spotlight and bringing attention to all Philly has to offer, I’m truly honored to be involved, let alone be executive producing. The fans are going to love the songs we’ve put together for this jawn – high energy, high quality Philly bred music. Doesn’t get any better than that. From solidified stars like Brianna Castro and Jimmie Allen, to up-and-coming artists like Justmadnice, and vets like Reef The Lost Cauze, we have something for everybody.”

Limp Bizkit’s Fred Durst is Hosting “Freddy D’s House Party of Horrors” On Board The Moshulu
The Annual Morgan’s Pier Fall Fest Returns With Pumpkin Carving, Yappy Hours, Live Music and More
To Top
Get the Coolest Philly Events & News Emailed to you Every Week!