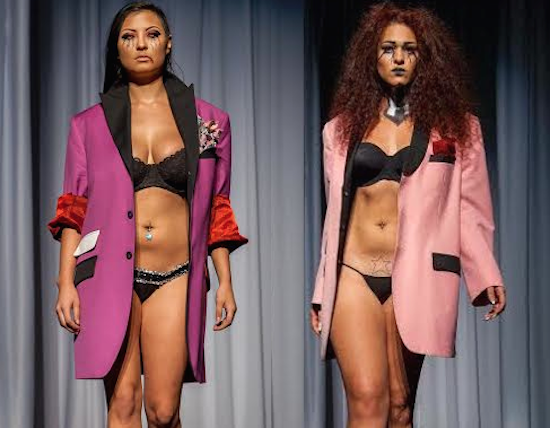 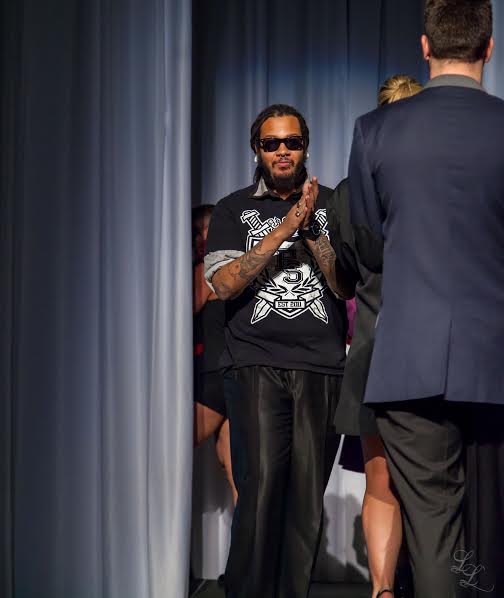 While most of us are rocking sweats and cuddled up under a blanket trying to stay warm, the fashionistas and fashion gurus are hard at work developing their spring and eventual summer lines. One such designer putting in the time now is LeGrand Leseur.  You may recall our interview with the rising talent back in the fall (interview here).  At the time he was fresh off a win in PHL 17’s Hotlist for Best Men’s Clothing & Best Men’s Tuxedo.

Always known for pushing the envelope LeGrand has been busy making his rounds in the fashion world with shows and appearances.  Most recently Mr. Leseur showed off some of his latest pieces at the The Merge, a collective show put together by MergeArts that incorporates art, music, and fashion.  In a city that has most recently been known for being a hub for urban wear with the State Property, Mitchell & Ness, and Miskeen apparel of the early 2000’s, LeGrand is at the forefront of moving the city into a more sophisticated and fashion forward mind frame.

Model Daniel DiRugeris shows off one of LeGrand’s bold looks

Having already had his praises sung by the likes of The Huffington Post, Vanity Fair, and NotJustaLabel.com, LeGrand still feels like he’s just getting started.  If his last show is of any indication of what’s to come in the Philly fashion world we should be in for a treat.  With his trademark use of bold colors and stark designs, LeGrand isn’t afraid to venture into areas of design that few if any have ventured into.  In fact highly regarded fashionista Vicky Tiel who was one of the driving forces behind Elizabeth Taylor’s fashion statements recalled seeing LeGrand’s work for the first time stating, “He had done something I never before saw the bias colored buttonhole.”

Although it’s been years since guys walked around in tall white tees and oversized jerseys around Philly, the city still hasn’t found a new identity when it comes to fashion.  It’s not a shoo-in that LeGrand will be a so-called savior of the city and get us removed from our residency in the worst dressed city lists we seem to always land on. However, if his work is any indication of what we should expect, then we should sit back and enjoy our front row seats to the LeGrand show.

The Future is Finally Here! Nike to Unveil Back to the Future Power Laces This Year
Zahav Adds Lunch Just for Philly’s Upcoming Restaurant Week