The Future is Finally Here! Nike to Unveil Back to the Future Power Laces This Year - Wooder Ice 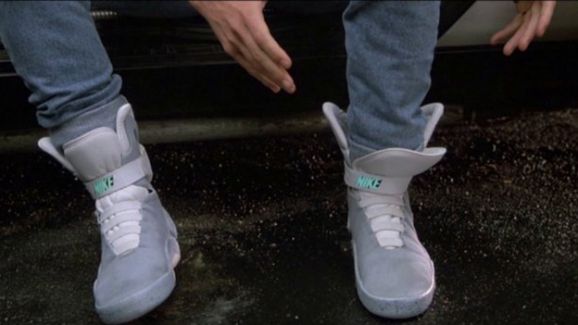 You didn’t have to be a sneaker head to have your mind blown when Marty McFly slipped into the most bad ass pair of sneakers ever.  In Back to the Future II Marty is seen rocking the futurist Nikes with power laces. For the 6  people in world who haven’t seen the movie (5 of which are in Guantanamo Bay), the sneakers laced themselves up! 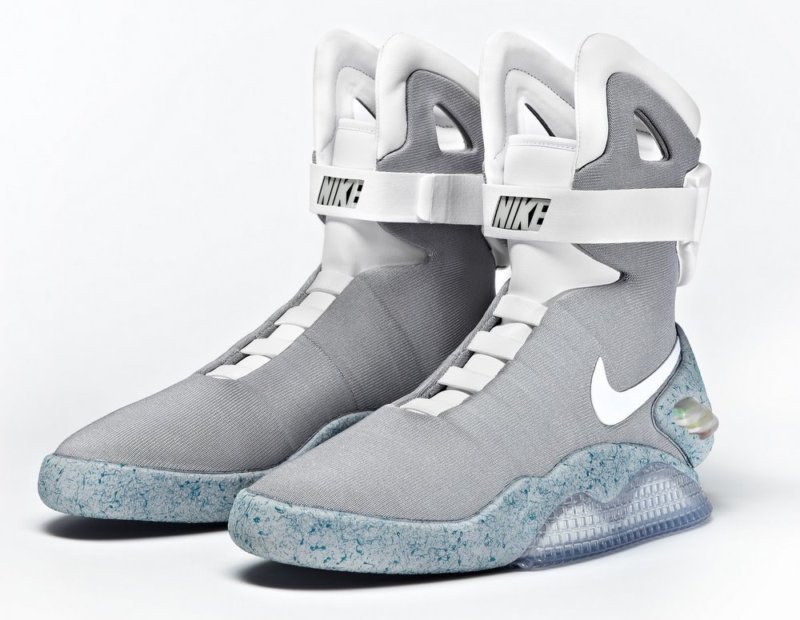 The 2011 Air Mag did not come equipped with power laces

For years fans of the movie and sneaker lovers alike have patiently been waiting for fantasy to become a reality.  Well it looks like the wait is almost over.  Nike has announced that they have developed functioning power laces that will debut in 2015.  The self lacing system was unfortunately absent when the Air Mags dropped in 2011.  Even without the power laces, the 2011 version went like hot cakes and were even being sold online in excess of $10,000.

We can only imagine the madness that will ensue if a second version of Air Mags are released with power laces.  However, it is not certain that the futuristic lacing system will be used with Air Mags or a different type of sneaker but according to Nike designer Tinker Hatfield the public will definitely find out this year.  If it is the Air Mags and life imitates art we are sure they will go down as the greatest sneaker of all time.  Just be prepared to shell out greatest sneaker of all time money if you plan on stunting with these bad boys.

Coachella 2015 Announces its Full Line Up
Can’t Make it to Coachella? No Problem Tickets for NYC’s Governor’s Ball Go on Sell Friday