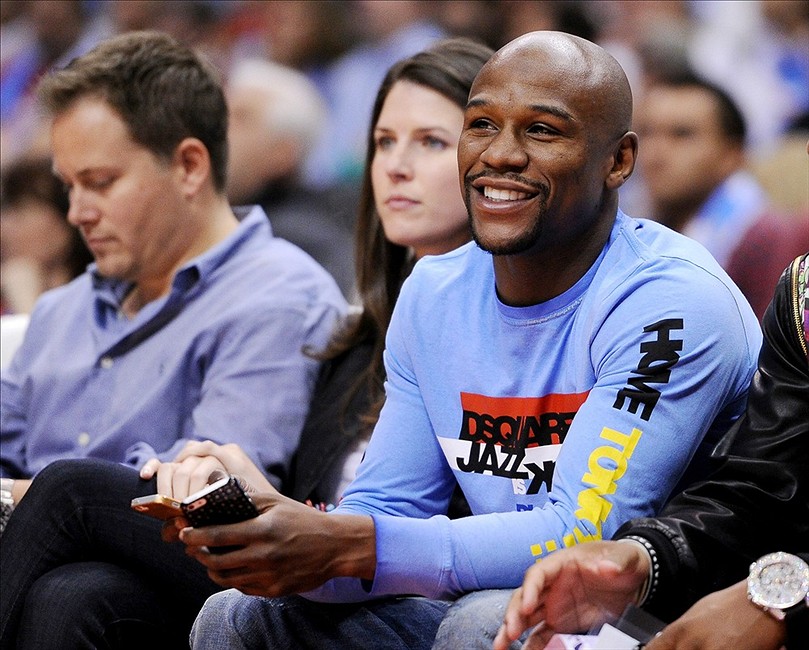 Floyd Mayweather made a public statement at a press conference expressing his interest in buying the L.A Clippers.  In case you have been living under a rock, Clippers owner Donald Sterling is under tremendous heat to sell his team after recordings his his racist rants were leaked publicly.

Floyd who is consistently ranked as the top earning athlete in the U.S has serious capital but will look to partner up with his billionaire friends.  However, Floyed isn’t simply going into this deal looking to get a small piece he wants a big chunk as he was quoted as saying, “I can’t come in here talking about Mayweather is only gonna’ get 3%, 4% I gotta’ get a solid percentage.”

The only drawback Floyd mentioned were the NBA ownership guidelines that prohibit gambling.  Floyd who is an avid gambler expressed his discomfort in the potential of giving up gambling.

We have a strong feeling that if Mayweather does get ownership of the clippers we will see dramatic changes starting with flashy uniforms.  What do you think of this potential takeover?