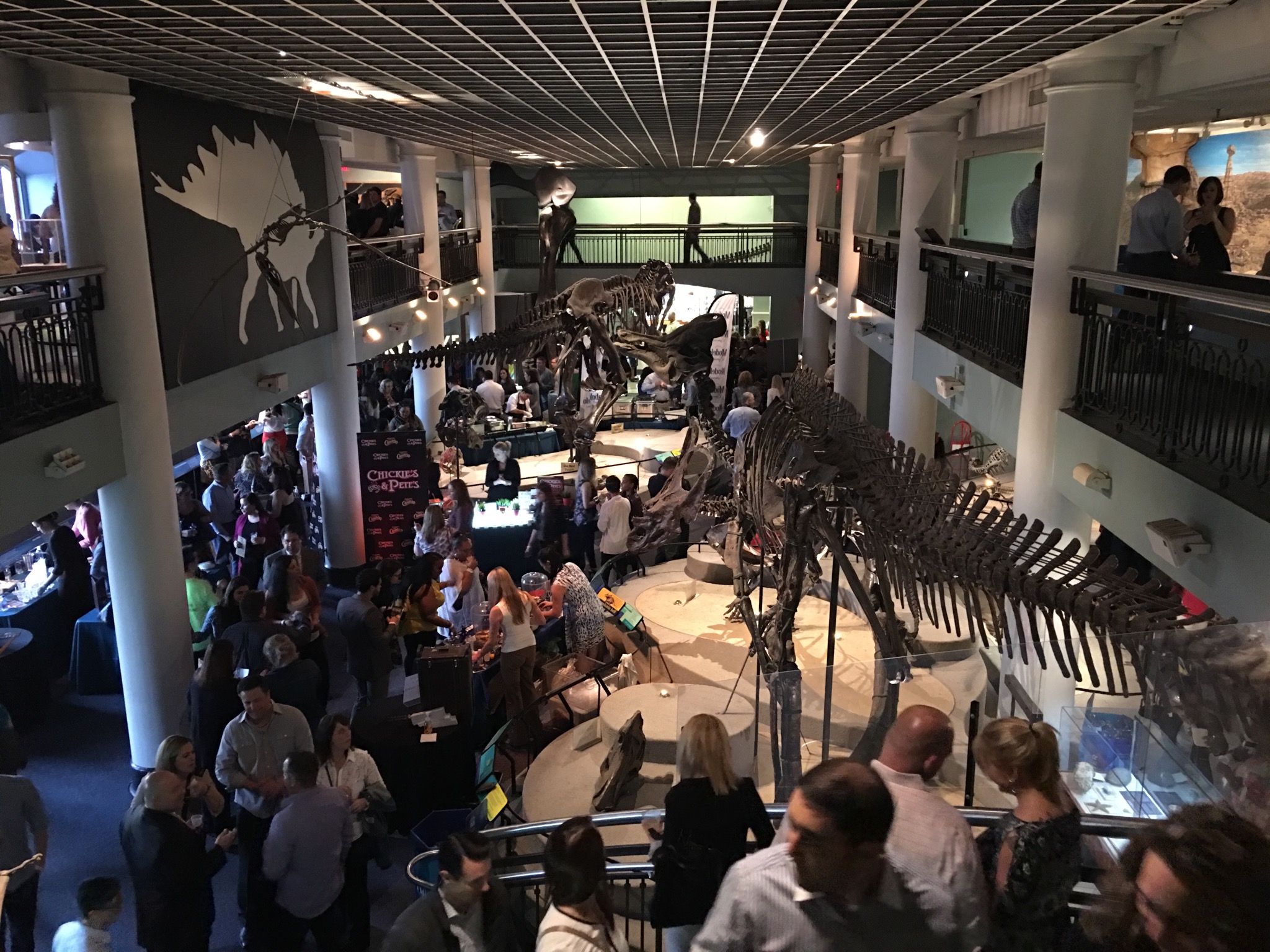 Your friends at Wooderice were on hand to indulge in the many hand-crafted masterpieces of culinary expertise from top local restaurant chefs and, let’s not kid ourselves, to also sip on some craft beer and cocktails. Long story short: it’s an event you’ll definitely want to check out when it comes back around next year.

Here are our top-five takeaways:

I don’t know about you, but when I think about Doc’s (34th & Sansom), my mind, naturally, goes straight to the raw bar. So I was surprised, and actually rather delighted, when I tried their braised short with demi-glace and topped with tender crab meat. It was definitely one of the better bites of the evening.

If you’re like me and spent a late night or three at Bourbon Blue in Manayunk, there’s a good chance you’ve never actually eaten there (Shots! Shots! Shots!). Well, I can now say I regret not doing so because one bite of their bananas foster bread pudding, and I’d have been hooked for life. Seriously, they could sell only that in a food truck on Main Street and make out just fine.

Plates that stood out:

Blue Duck – This BYO in Northeast Philly has been making culinary waves since opening in 2014 (Don’t believe me? Give their Instagram a follow). I absolutely scarfed down their shrimp and smoked gouda grits, which was accompanied by 1732 Meats’ jalapeno bacon, chive and cilantro in a delicious togarashi shrimp stock. 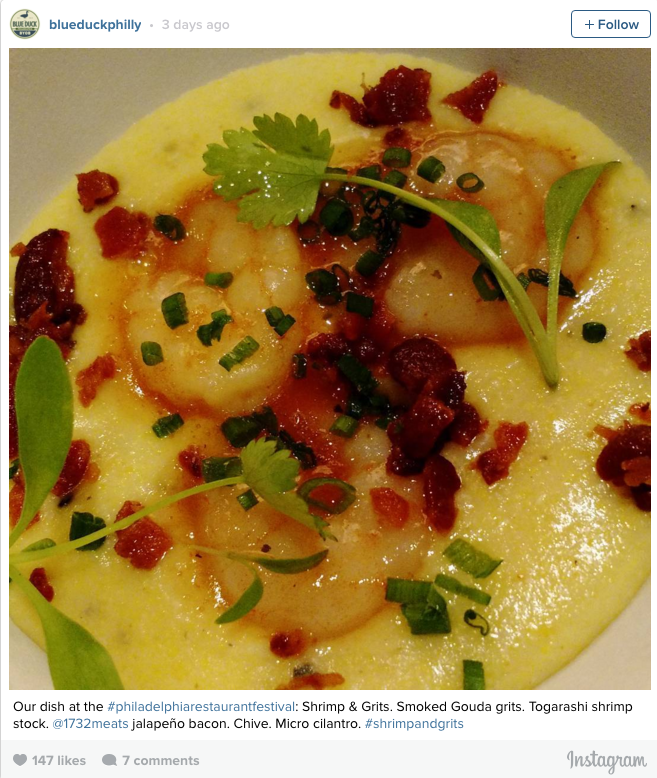 Lucha Cartel – Located in the heart of Old City, Lucha Cartel wowed with their slow-cooked Al Pastor-style pork belly tacos and guacamole. This diner went right back for seconds, and had to resist the temptation for thirds.

Rogues Gallery – This no-frills bar near the Mutter Museum is worth a trip for the short rib nachos alone. The Calabrian chili, queso fresca and farm egg bottarga was brought together nicely with lime sea salt and cilantro. Pretty much the ideal bar food.

Revolution Taco – We previewed Revolution Taco during their grand opening a couple of months ago, and co-owner Mike Sultan and team did not disappoint with their satiating chorizo tacos with cotija cheese and hot sauce (all house-made).

If you haven’t yet tried anything from Stable 12 Brewing Co. in Phoenixville, they have some seriously awesome beers, particularly the West Coast IPA (8.3%) and the Farm Boy Saison (6.3%). I enjoyed talking with head brewer Mike Deger who was all too happy to fill up beers to the tippy top, a crowd-pleasing move in any festival.

Bespoke Bacon in Lansdale is sold directly to consumers, restaurants, catering facilities, and local food nuts throughout the area. You can even have their delicious, all-natural smoked bacon shipped right to your doorstep. Be on the lookout for their beer bacon jam (sweet or spicy), made with Prism Brewing’s Insana Stout.

Speaking of sweet or spicy, one of the busier booths of the night belonged to Epic Pickles out of York. You can find their pickles throughout the tri-state region and in the Reading Terminal Market, Philly Foodworks and other area markets and retailers.

Save for some logistical hiccups where a few lines bottlenecked into tight corridors, all in all it was a successful first year for the Philadelphia Restaurant Festival. For roughly the price of one dinner out ($55), a ticket buys you a three-hour sampling of cuisine from over 30 top local restaurants plus more than 40 wines, craft beers and cocktails, not to mention a tour of one of the Parkway’s coolest museums. A portion of the proceeds also benefit several local charities. If you didn’t get to the Philadelphia Restaurant Festival this year, put it on your list to check out next time.

Director Joe Cross Speaks About His New Movie Kids Menu and What You Can Do to Get Healthier
Attention Beer Snobs, Bottle Bar East is Hosting a Beer Madness Party