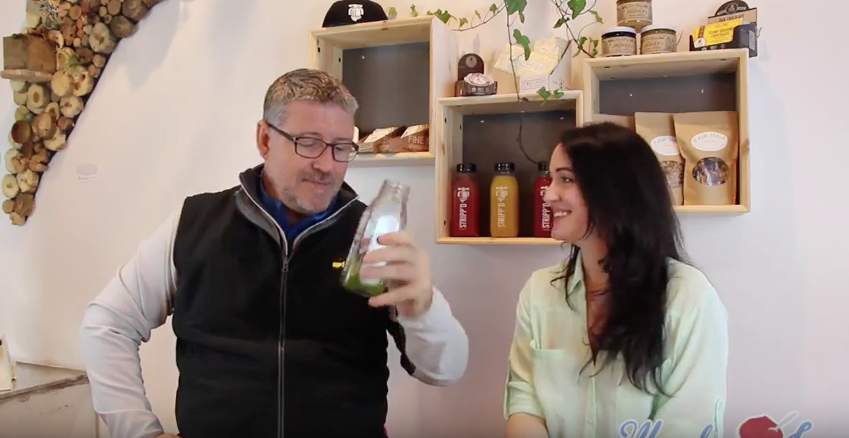 It’s been about five years since director, author, advocate and celebrity juicer Joe Cross debuted his documentary Fat, Sick & Nearly Dead, which won the Turning Point Award and shared the Audience Choice Award at the Sonoma International Film Festival.  Having received so much praise and positive feedback from everyday individuals looking to live a healthier lifestyle, Joe Cross made Fat, Sick & Nearly Dead 2 (both movies are available on Netflix). 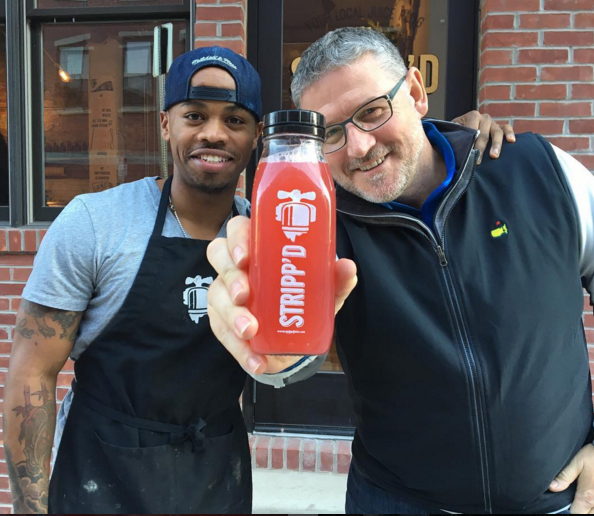 The back-to-back films chronicled Joe’s journey from an obese man on meds to becoming fit and medication free thanks to a steady diet of juicing and a plant-based diet. As Joe began to tour to promote juicing and healthy eating he started to hear the same suggestions over and over, “Whenever I spoke in public, whenever I was doing juicing demonstrations, whenever I was telling my story always in the audience I’d hear parents say ‘what about the kids Joe? What about the kids?’ So when we did our second move (Fat, Sick & Nearly Dead 2) we had like a 5 or 6 minute scene with kids juicing it was like my favorite part.  So it seemed like a natural progression to do our third movie about the kids.”  Fast forward forward to today and Joe Cross is about to debut his third movie entitled Kids Menu, which will be available on iTunes April 1st and Netflix later this year.

Dealing with the growing epidemic of childhood obesity, Joe tackles the issue at the heart of the matter by visiting schools, community organizations as well as engaging families himself.  Not only will you be surprised by what your kids on daily basis but you’ll be floored by what they are consuming in schools of all places.  In fact in the movie a group of students found their lunches to be so unhealthy that they staged a boycott.  Local philanthropists got wind of the situation and soon enough their school was adequately equipped with the appliances needed to store healthy and organic food options.

However, do not expect just to witness the epidemic, Joe Cross also does a great job of creating viable solutions for the matter at hand, “One of the biggest problems is not only what to eat but how to prepare it. It’s one thing to know that they are good for you but it’s another thing of knowing what to do.”  Also citing access to healthy options and positive roll remodels as a catalyst for unhealthy diets among youth, Kids Menu dissects these issues and systematically shows viewers how to overcome these social road blocks.

Sure fighting childhood obesity and terrible dieting seems like a daunting task to eliminate but Joe Cross looks to convey that it’s more of a mindset as well as understanding that the change will not come from a third party or some agency filled with health advocates but rather the change must come from within ourselves.  Sure it sounds cliché but when you really digest it (pun intended) it makes total sense. “What I think is that if you sit around and wait for the government to change it, it’s going to be too late…I think the best way to change is to change yourself. I don’t think we should be telling people what to do because people are sick and tired of it. What you got to do is, you just got to do it yourself and you got to show people not tell people.”

By changing ourselves and passing down our healthy eating habits to our kids, educating them and becoming positive roll models, the future becomes a lot brighter.  Imagine a world with a sharp decrease in diabetes, high blood pressure and heart disease?  Well if you have a hard time imagining this, then you may want to check out Kids Menu because Joe Cross makes that picture as vivid as can be.