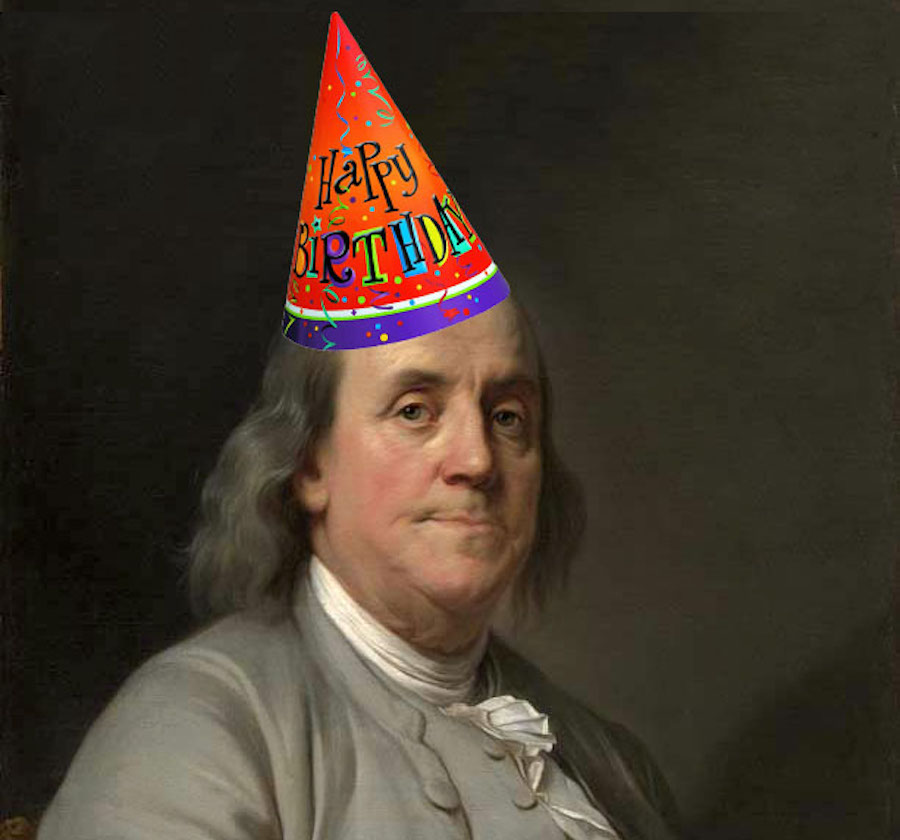 The Franklin Institute is Celebrating Benjamin Franklin’s Birthday With a Weekend B-Day Bash!

The Franklin Institute is Celebrating Benjamin Franklin’s Birthday With a Weekend B-Day Bash!

Celebrate the entrepreneurial spirit of Philadelphia’s favorite and most influential founding father at the Franklin Institute’s “Ben’s Birthday Weekend Bash.”  This weekend-long birthday goes down January 18-19. Plus, on Saturday only enjoy free ice cream courtesy of  Franklin Fountain (while supplies last).  This event is included with regular museum admission.

Ben Franklin was many things in his lifetime: a printer, a postmaster, an ambassador, an author, a scientist, a founding father. Above all, he was an inventor, creating solutions to common problems, innovating new technology, and even making life a little more musical.

Franklin’s legacy of scientific achievement will be on full demonstration during his birthday weekend, with programming, experiments, and activities designed to inspire ingenuity and showcase the innovative spirit in all of us.  At Ben’s Weekend Birthday Bash  you’ll get to enjoy the following:

Did you know Ben Franklin had two birthdays?  Read more on this and other Ben’s Birthday facts on our website here.