Tandem Artist Bok Nero is Bold, Rare, Talented and About to Make His Mark - Wooder Ice 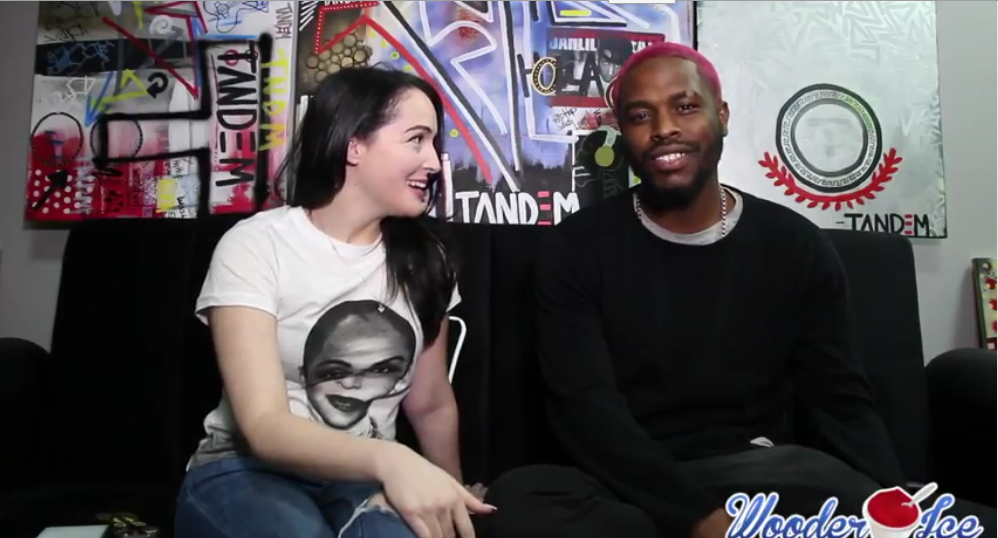 Tandem Artist Bok Nero is Bold, Rare, Talented and About to Make His Mark

You never have to be the loudest one on the room to get the most attention.  In fact it’s the quiet ones who let their actions, style and sheer presence do all the talking. Case in point is self proclaimed quiet guy Bok Nero.  With hair colorways that would make Dennis Rodman do a double take, Bok Nero’s style is nothing short of rare.

However, don’t let the fashion and the hair fool you, this guy is a triple threat blending high energy stage presence, hard hitting lyrics and a style you just don’t see in today’s industry.  Which is why he’s caught the attention of mega producer Jahlil Beats.  It didn’t take long before Jahlil had Bok Nero sign on the dotted line to become the first artist signed to Jahlil’s label Tandem. “My open mindedness, my ability to adapt and just learn and soak in everything. There’s times where I’ll be with him and see him do his interviews and how he moves and I am just sitting there soaking it in,” is what Bok believes made Jahlil Beats gravitate towards him. 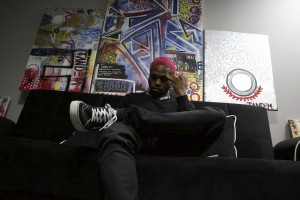 Being the first artist on Tandem sounds like a lot of pressure right? I mean we’re talking a producer that has cranked out some of the biggest club bangers in recent memory that were laced by some of the grittiest rappers.  Bok Nero may not have the quintessential street persona but there’s nothing fake or unoriginal about him either.  A genuine product of Philadelphia, Bok Nero doesn’t steer away from street tales rapping about his violent surroundings.  He’s much more complex than that.  We’re talking not just hip hop but EDM.  That’s right the same memorizing music that has been sweeping the club scenes as of late, is also the platform that Bok Nero has his eyes set on.  In fact this year Bok Nero will be touring with none other than legendary EDM DJ, Steve Aoki who is known for his high energy shows.  Elaborating on his knack for making power moves, Bok explains, “My who thing has always been that, I want to make the music that I want to make and the right situations are going to find me.  As long as I am myself I am going to fall into the right situation.”

As Bok Nero sets out to tour in other cities as well as in other countries, there are still Philadelphians who are not yet familiar with Bok.  If you happen to fall into this category, the words on this page and the images in our interview will fail to this artist justice when it comes to his showmanship on stage and diverse skills within the booth.  It’s a “you gotta’ see it to believe it,” type of thing.

This being our second chance to sit down with Bok Nero we weren’t even sure what to expect.  It seems as though he’s shifted gears from local showcases to being on the verge of creating a smash record that could very well not even be classified as hip hop.  Then again in a word full of conformity and classification it may be beneficial to not be put in a box or to  be pigeon holed to one genre or one idealization but rather be an artist that can cover a wide range of sound and emotion.  We may not know where Bok Nero goes from here but we do know the world belongs to the risk takers, those that choose to stand out rather than fit in and if there’s one thing we can classify Bok Nero is, it’s just that.

If You Want to Keep Up With Bok Nero