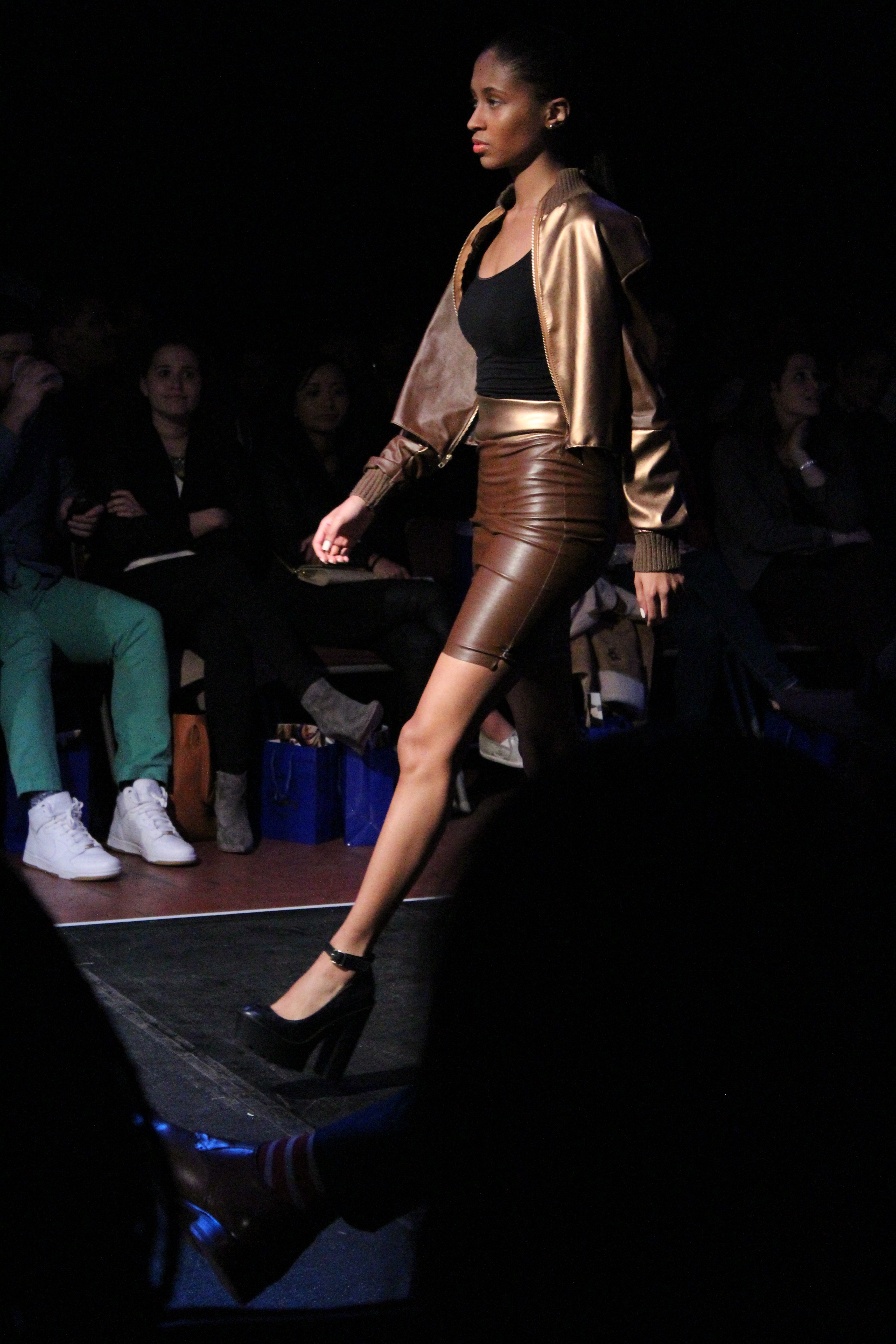 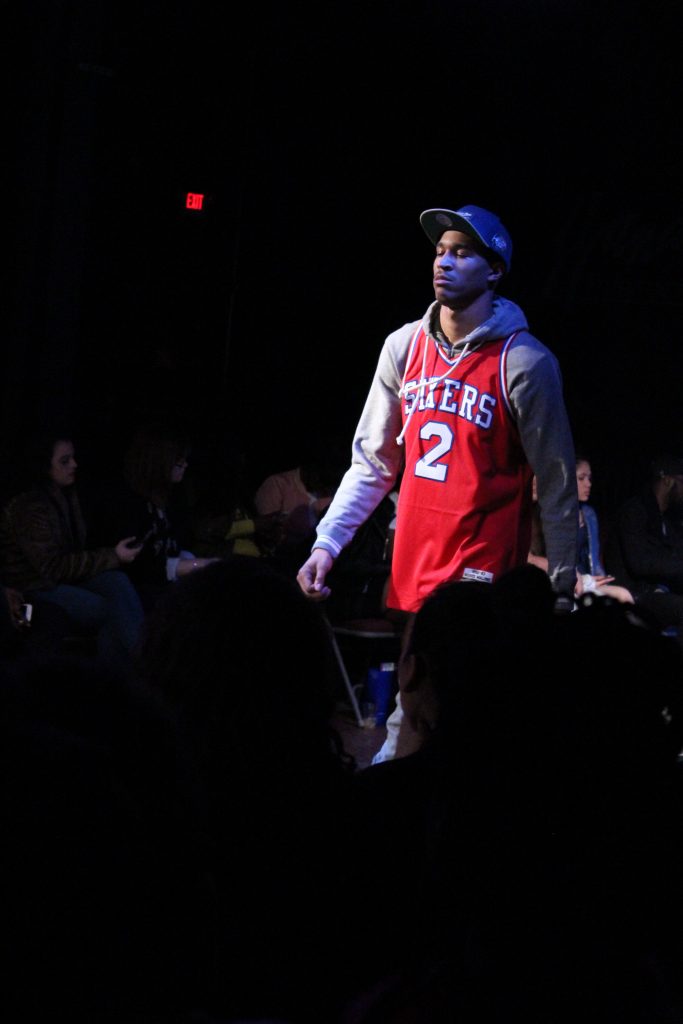 The first event for Philadelphia Fashion Week was held at the 2300 Arena in South Philly on Wednesday February 17th. 2300 Arena is the new home of PFW. The show was presented by none other than that Philadelphia 76ers and Geno’s Steaks. The style? Streetwear.

Streetwear is definitely the most easily relatable fashion show to attend because the clothes being modeled are meant for everyday wear. Obviously, the clothing is a little more stylish than your average jeans and a t-shirt, but if you love fashion you would have definitely loved this show. The designers that showcased their work were Fashion 365, Designed by Shawn B., Kinetic Styles, Punchline Clothing, Burning Guitars, L Revere, Milano Di Rouge, Jeantrix and Mitchell & Ness.

First up was Fashion 365 the first ever all kid’s line in PFW. The ages ranged from toddlers to teens and with an array of classy outfits and lots of pink for the girls, this portion of the show was definitely interesting. It was great to see how excited the kids got to model the clothes and even though I couldn’t wear any of the clothing, I appreciated it.

Next in line was Designed by Shawn B. This designer put a strong emphasis on warm tones with his clothing. There were so many golds and browns complemented by black. I could really see some of these looks making their ways onto the streets this summer.

The Kinetic Styles line appeared to be sporty looking swimwear, which was an interesting choice for a streetwear show. The color blocking of black, purple and silver allowed for overall continuity of the line.

Punchline Clothing and Burning Guitars followed a similar pattern of exciting clothing. What really stood out to me with Punchline Clothing’s line were the letterman jacket with animal print sleeves. It was an interesting twist on a classic jacket. According to Burning Guitars’ facebook page, they are a Euroban clothing line that blends European Couture styles and Urban styles together. Burning Guitars had a repeating pattern throughout their clothing which, like Kinetic Styles, made the line very cohesive.

Philadelphia-based Jeantrix’s line was also colorful and eye catching. A theme recurring throughout their portion of the show was graffitied denim, which was interesting and artistic. I really enjoyed this line and I hope to see it around this summer.

Possibly the best portion of the show was Milano Di Rouge. Milano Di Rouge was started by Milan Rouge and is based out of Philadelphia. This portion of the show started off with a pointe dancer in a sleek catsuit. The pointe dancing effortlessly transformed into models walking the catwalk in metal headpieces that looked like space helmets and green military-esque coveralls. Instead of the models making their round at the end, as they usually do, they all came out and waited in a line for Milan herself to come out and salute them. The crowd went wild for her so she’s clearly a Philly fave. 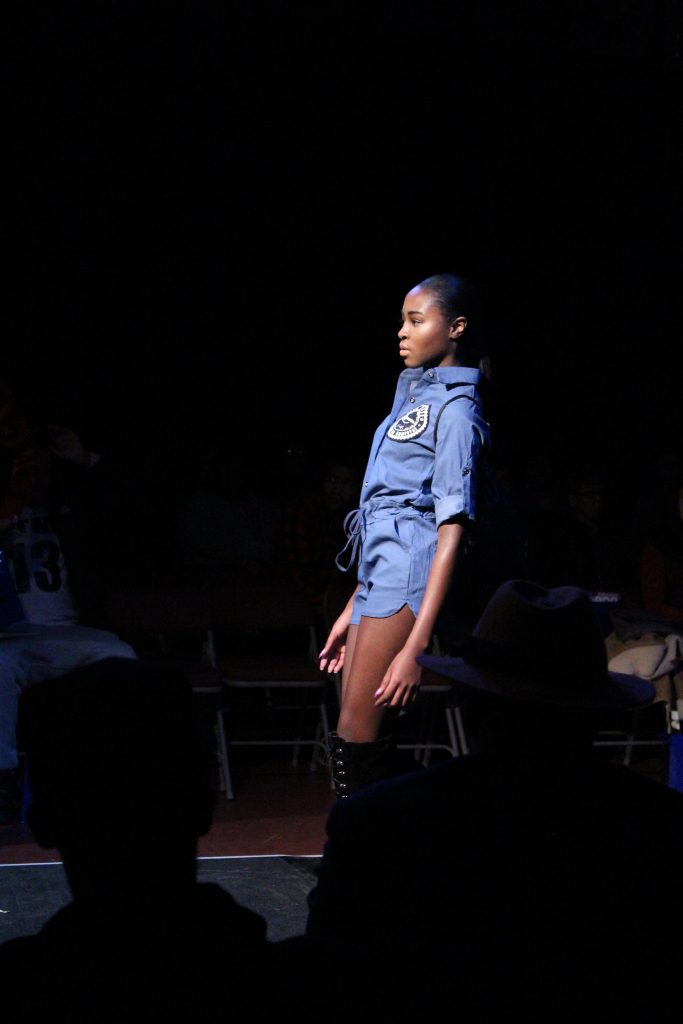 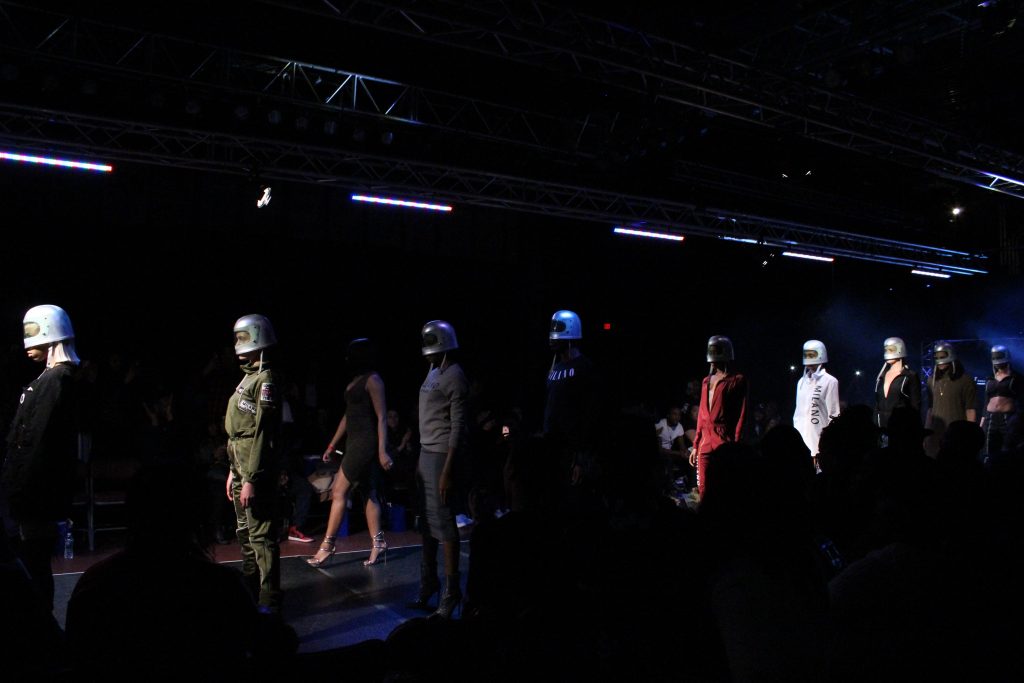 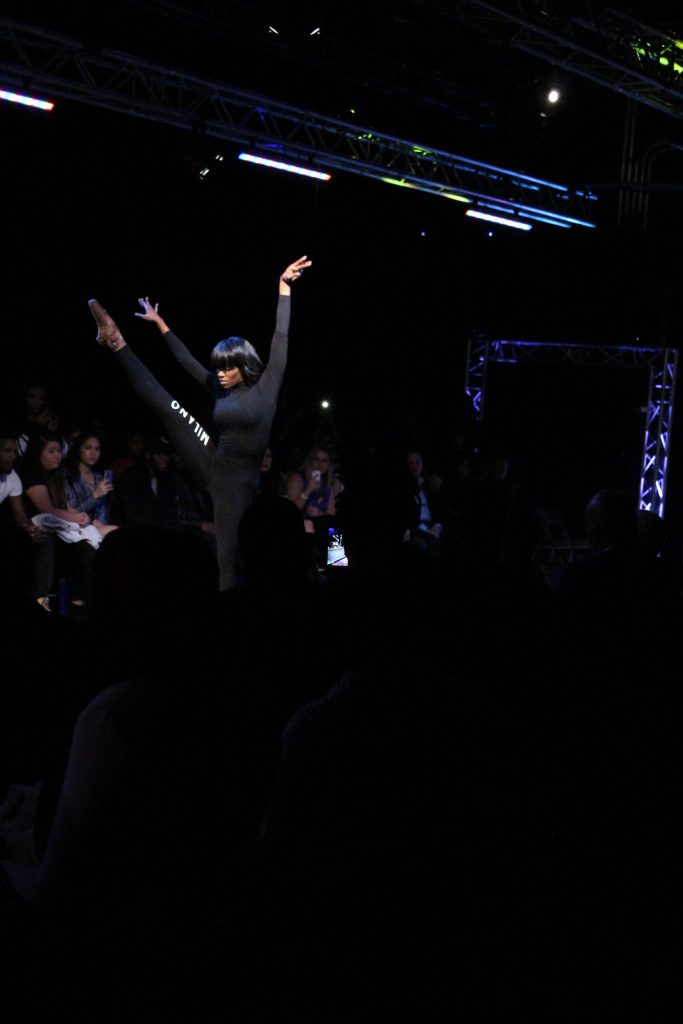 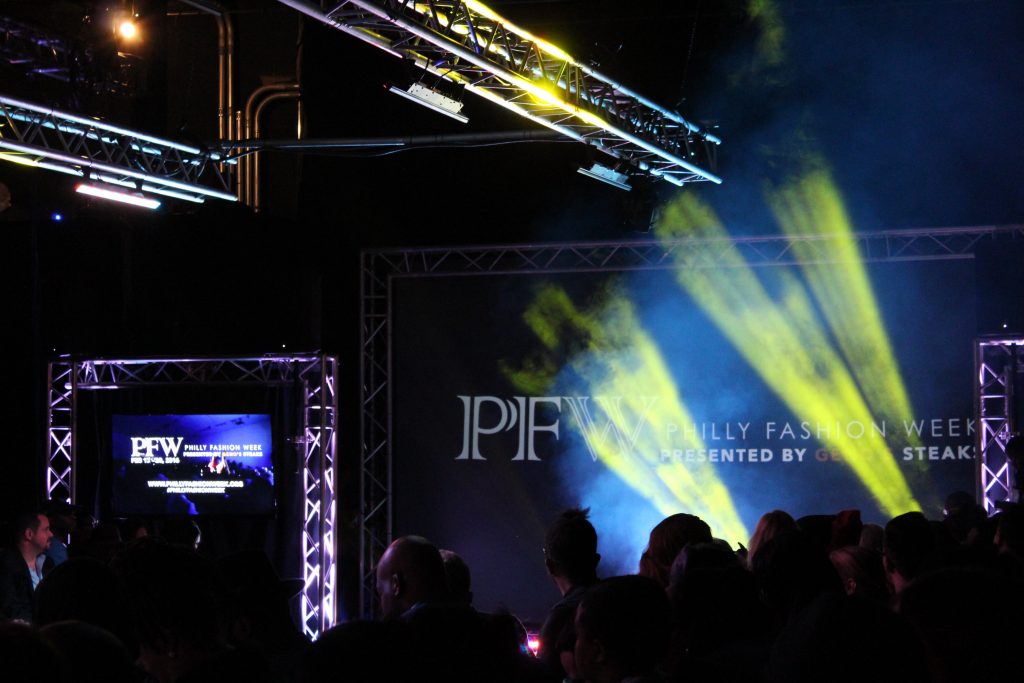 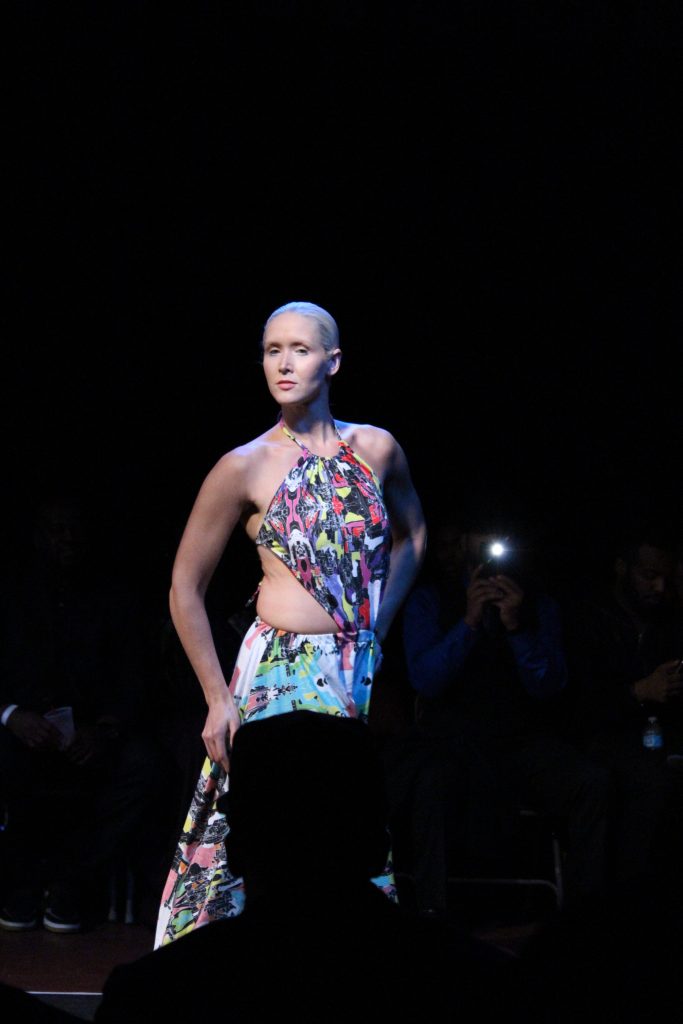 We Visited the Scratch DJ Academy in Philly for Some DJ 101
Tandem Artist Bok Nero is Bold, Rare, Talented and About to Make His Mark
To Top
Get the Coolest Philly Events & News Emailed to you Every Week!