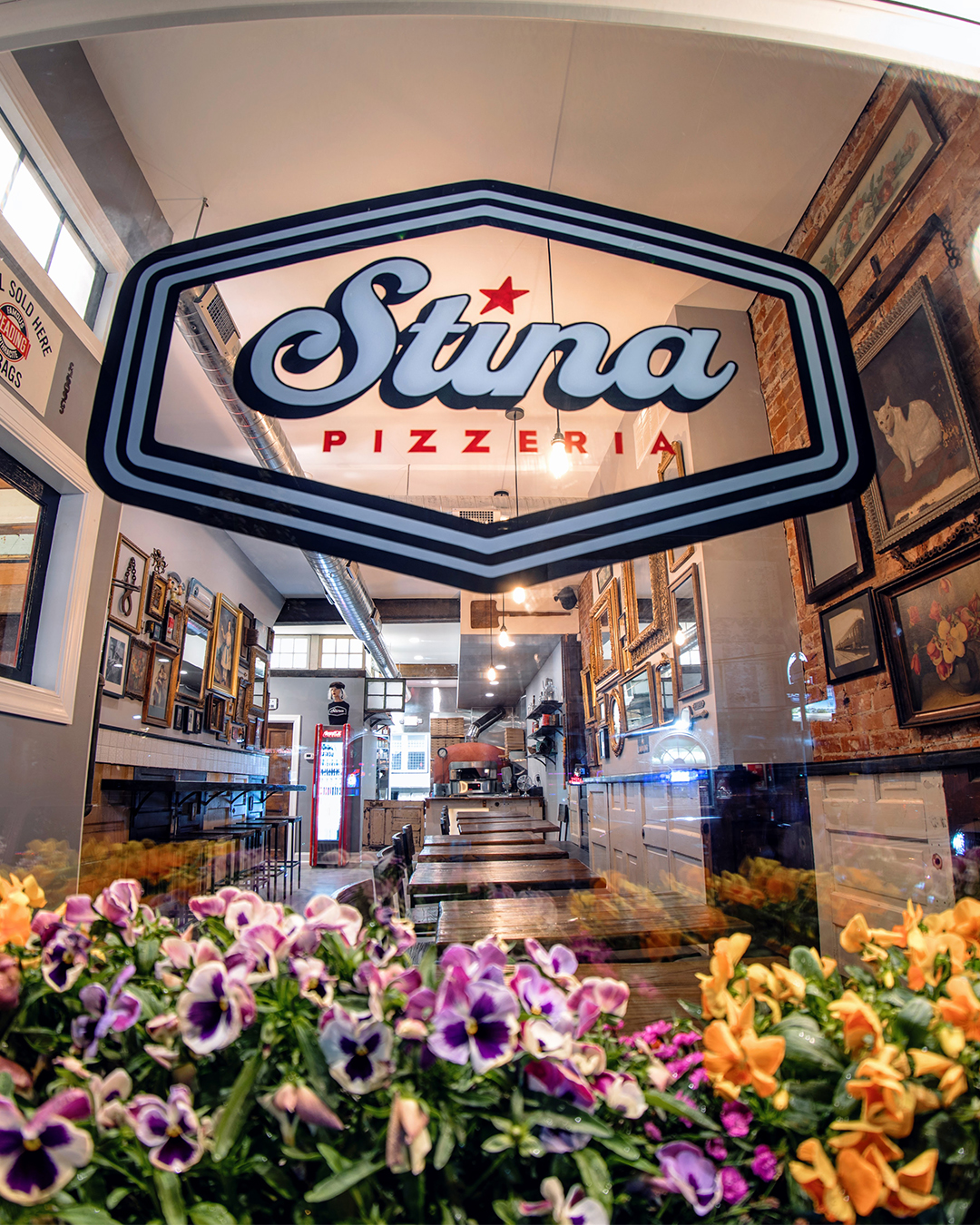 “I am thrilled to announce our new monthly Guest Chef Series to raise funds every month for causes in our community,” said Saritsoglou. “This is an exciting chance every month to mix things up in the kitchen and collaborate with Chefs I have worked with and admired over the years, as well as an opportunity to help support up-and-coming Chefs and those with new projects in the works.”

He added, “Joncarl has been an inspiration and a mentor since we first met, a great Chef and one of the nicest people in my life, his commitment and integrity in cooking have been a beacon in Philadelphia. His passion for the community and social justice are as intense as his cooking!”

Stina has selected Chef Joncarl Lachman for the October Guest Chef Charity Dinner Series. Chef Joncarl Lachman said, “I’m thrilled to be doing a collaboration for an organization that does so much good, with a chef iIconsider a friend, at a restaurant I absolutely love.”

For the collaboration menu, October’s menu will include four courses, with optional beer pairings from Brewery ARS. The menu is as follows:

3) Pide stuffed with choice of…

Pairing: Respect The Fest Octoberfest Lager – Rich aromas of honey and fresh baked bread with a velvety mouthfeel. A festival beer perfect for the autumn season. Get your oompah on.

Dinner reservations for this special menu are $65 dollars plus optional beer tasting from Brewery ARS for $15, or $5 a la carte. Twenty percent of the evening’s sales are going to this month’s beneficiary, William Way LGBTQ+ Community Center.

“William Way is most grateful to Stina and Chefs Bobby Saritsoglou and Joncarl Lachman for their most generous support of our arts and culture, empowerment, and community connection programs,” said William Way Executive Director Chris Bartlett. “Especially during LGBTQ History Month, we appreciate when two stars of the culinary world join forces to raise funds for us. We’ll see you on October 26th,”
NOVEMBER CHEF

For the November 30th event, Stina welcomes David Ansill. Chef Ansill, a Cheltenham native, was trained at Philadelphia’s The Restaurant School and spent 26 years honing his skills & perfecting dishes while cooking at renowned local favorites such as Serrano, Judy’s Café, Rittenhouse Hotel & Lucy’s Hat Shop. He spent time broadening his culinary skills in Sweden and Miami Beach, including a stint at the prestigious Delano Hotel.

Ansill decided to break out on his own in 2001; First with Pif, an intimate French bistro with a daily changing menu. In 2006, he opened Ansill Food + Wine, a remarkable tapas inspired restaurant with influences from France, Italy and Spain. By 2009, Ansill had landed at Ladder 15, where he continued to bring his innovative style & direction to life. And in July of 2012, Ansill teamed up with old friend Owen Kamihira as the Executive Chef of Bar Ferdinand, a traditional yet creative Spanish wine & tapas bar in Philadelphia’s Northern Liberties community.

RESTAURANT WITH A SOCIAL MISSION

In addition to creating fresh delicious Mediterranean fare, Stina’s mission is to highlight, support and donate to a different organization each month, who are making an impact in people’s lives. Each month at least 1% of proceeds are donated to a cause of the month, and now with the new Guest Chef Series, Stina will also donate 20% of a day’s sales to a different charity every month. To date they’ve been able to give away over $10,000 to 14 local organizations.

“We created Stina to express love for food, our culture, our community and each other…celebrate with us,” said Chef Saritsoglou. “We are so happy to be able to do what we love, give back and help make our community a better place. We can’t express how grateful we are!”