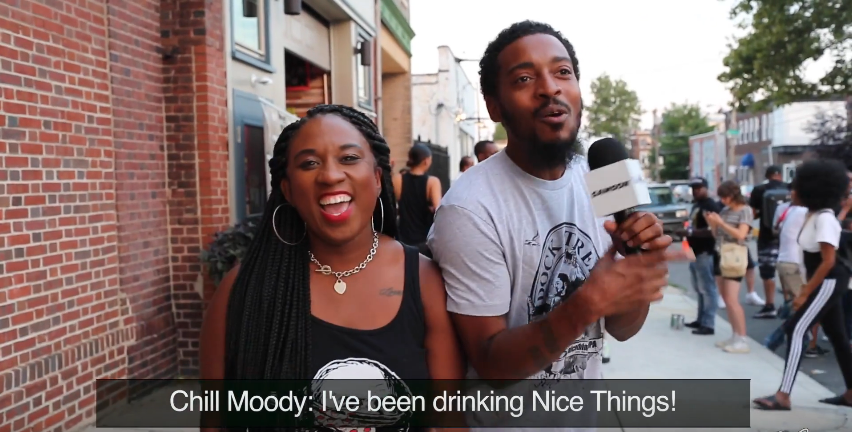 You may remember last year Wooder Ice was the first to give you the behind the scenes look at Chill Moody’s Nice Things IPA.  Well here we are one year later, back at Dock Street Brewery for the re-launch of the first beer brewed by an artist.  Sure Puff has Ciroc and Jay has D’usse, but for a blue collar town such as Philly, IPA beer is the way to go.

The first batch of Nice Things was so popular that supplies ran out fast.  So Chill and Dock Street decided to team-up once more and re-release the brew.  This time however fans of the beer are able to purchase Nice Things IPA in a can.  (I personally stocked up on a 6 pack).

Now don’t get it twisted.  This isn’t some endorsement or Dock Street simply slapping Chill’s name on the label.  Chill Moody was hands on throughout the process.  From picking out the hops, the flavor profiles, and even slicing up the pineapples.  This was a labor of love.  Now Chill Moody has bottled up his love and is delivering it to the masses in the form of craft beer.  Check out our interview above as we caught up with Chill Moody during his re-launch party at Dock Street. Also be sure to show your support and pick up a can, or two, or six!

Philly’s Own DJ Tragic Spins on the Broad Street Line and Kills it!
Listen Up!: Alexander Charles – Coconut Grove EP