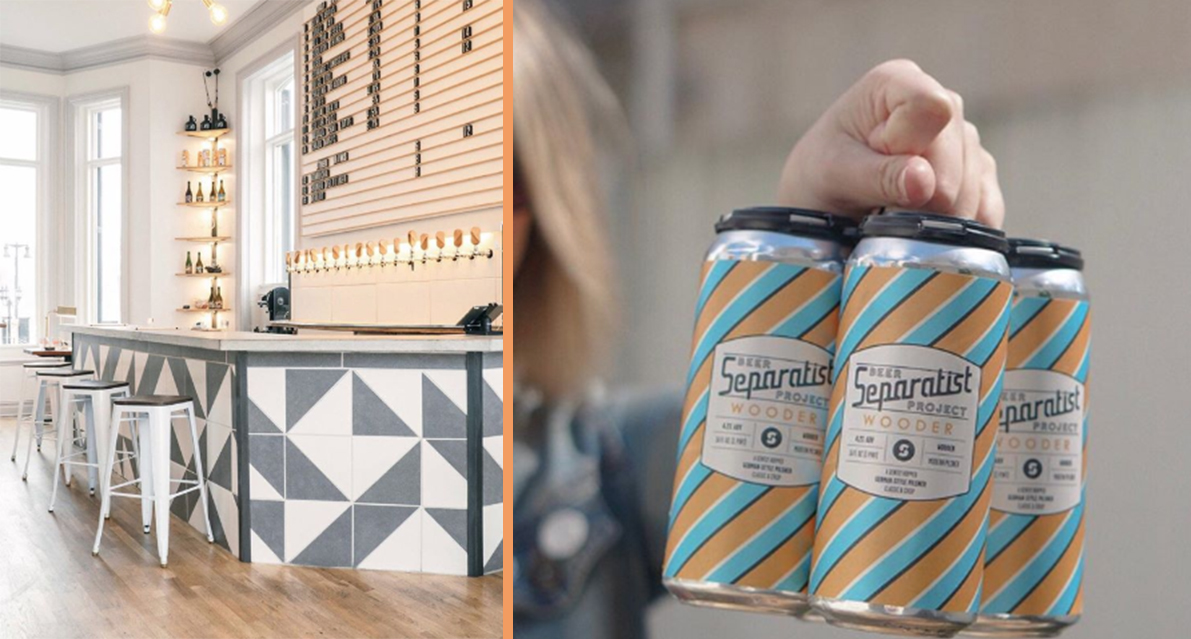 New Taproom, Separatist Beer Project Is Coming to E. Passyunk and They Have “Wooder” Beer!

New Taproom, Separatist Beer Project Is Coming to E. Passyunk and They Have “Wooder” Beer!

East Passyunk is getting a new taproom courtesy of Easton based brewery Separatist Beer Project.  Separatist will set up shop at 12th and Morris (1646 South 12th St.) and is slated to open in the next coming weeks.

Separatist Beer Project was founded by Joe Fay.  Joe originally began making artisan ales by himself under the name Sole Artisan Ales.  However, as his beers grew in popularity he had to hire some help.  Therefore, he quickly outgrew the moniker “sole” and decided to re-brand under Separatist Beer Project.

With a tasting room and bottle shop doing numbers in downtown Easton, what better place to spread his wings than a craft beer haven such as Philly.  To fit right in, they even have a pilsner beer named “Wooder” which has 4.2%ABV and is listed at $15 for a 4 pack.  Their “Good, Good” double IPA contains 8% ABV and is sold for $16 for a 4 pack.

The new Separatist Beer Project in South Philly will feature a 2,000 sq. ft. tasting room with a candle light ambiance and communal tables for maximum interaction. The Food menu will be kept light such as apps and cheese platters. The basement of Separatist will be used to age barrels as well as host special tastings and events.

Although, their Instagram page states that they are only days away from their grand opening, no official date has been set.  Their last post stated “Now all we have to do is load this place up with beer!”  Stay tuned for more updates!