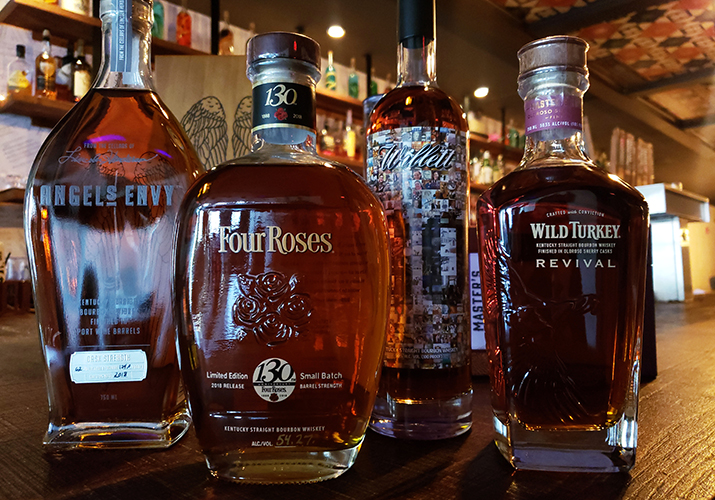 The Twisted Tail, the popular Southern-inspired restaurant, bar and live music venue on Headhouse Square known for its extensive array of brown spirits, is hosting an exclusive Owner’s Collection Whiskey Tasting with Four Roses 130th Anniversary on April 26, from 7 to 9 pm.

“We are excited to share these limited-edition bourbons with other whiskey enthusiasts during our informative, guided tasting,” said Reilly. “Each bourbon has a story to tell in both history and flavor, making this kind of tasting event truly special.”

One of the premier blenders in the bourbon market, Four Roses has accrued numerous accolades for their small batch bourbons from around the world. The Four Roses 130th Anniversary Bourbon is no exception and has earned high praise from many bourbon experts. A blend of 13-year-old Bourbon from Four Roses’ OBSF recipe, a 10-year-old OBSV, a 14-year-old OESV and a and a 16-year-old OESK, it pays homage to the rich 130-year history of Four Roses. As a limited-edition, small batch bourbon blend, approximately 13,140 bottles were distributed for this release.

Guests will enjoy complimentary hors d’oeuvres in addition to the one-of-a-kind bourbons. Event space is extremely limited with space for only 23 guests. Tickets for this exclusive tasting are $250 and can be purchased here.

Reilly, mixologist and longtime barman, heads up the bar program at The Twisted Tail and often hosts informative discussions on spirits. The Twisted Tail boasts one of the city’s best selections of bourbons and whiskeys in addition to a well-considered and extensive craft beer selection.

New Taproom, Separatist Beer Project Is Coming to E. Passyunk and They Have “Wooder” Beer!
Center City Fitness is Back With Free Zumba and Kickboxing Classes at Dilworth Park!