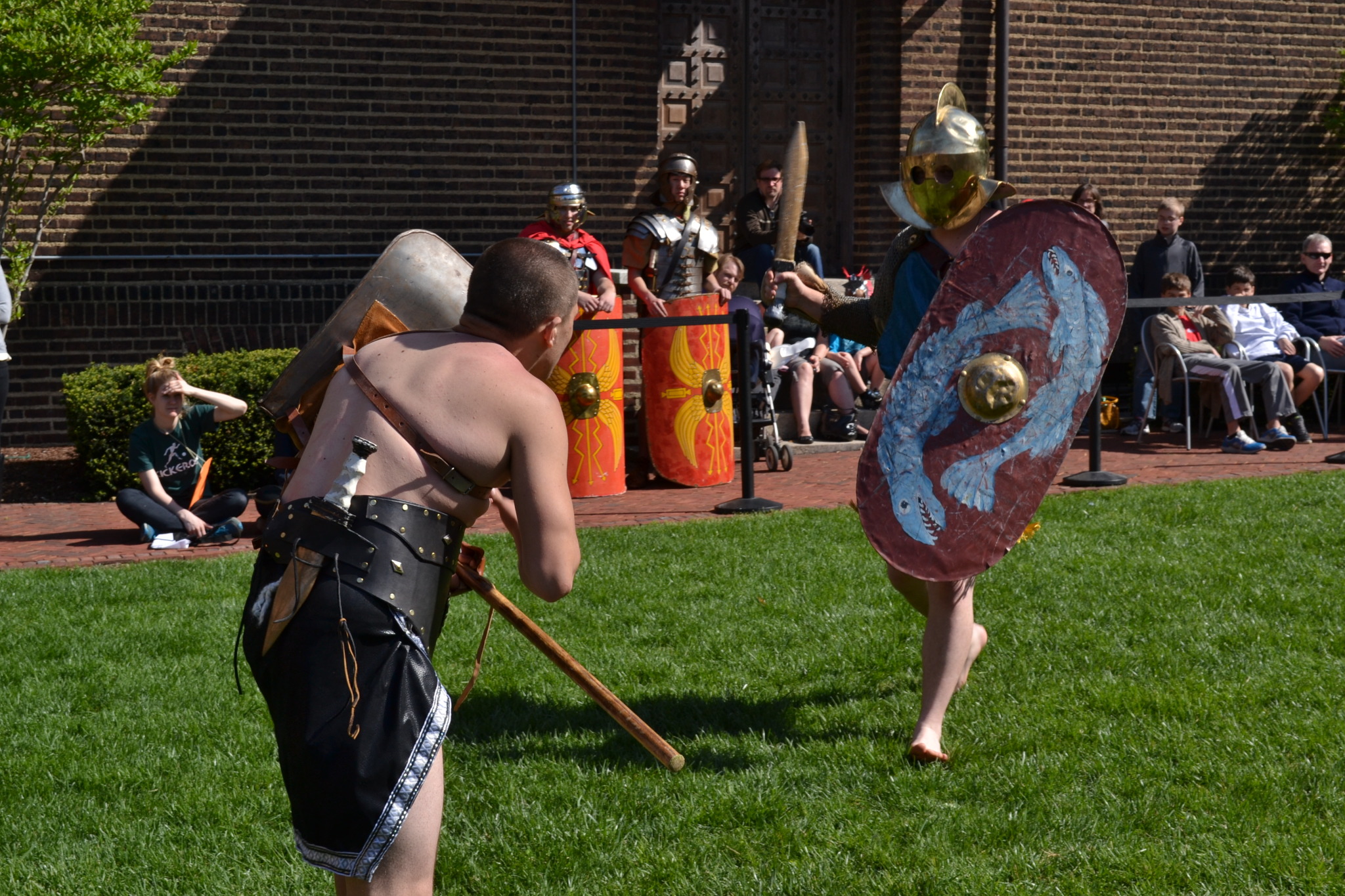 Felix sit natalis die!  Roughly translated, that is “happy birthday” in Latin—a great phrase to use at the royal celebration of Rome’s Birthday Saturday, April 18, 11 am to 4 pm, at the Penn Museum in Philadelphia. Guests will be treated to explosive gladiator fights and interactive legionary tactical demonstrations, mythology gallery tours in the Worlds Intertwined: Etruscans, Greeks and Romans suite of galleries, toga wrapping demonstrations and laurel wreath-making craft tables, short lectures and minute “pop up” presentations on ancient Roman history and life, in the galleries.

As legend has it, Rome was founded April 21, 753 BCE on the banks of the Tiber River by Romulus and Remus, twin brothers abandoned after birth and raised by a she-wolf. When a fierce argument erupted between them, Romulus killed Remus and gave his own name to the tiny settlement that would grow into a great empire.

It’s all FREE with Museum admission donation ($15 general admission; $12 for seniors [65+]; $10 for full-time students [with ID]and children [6-17]; free for Museum members, children under 6, active U.S. military and PennCard holders). Attendees are encouraged to get in the spirit of the day; those daring enough to wear a toga or gladiator attire receive half-off the price of admission!