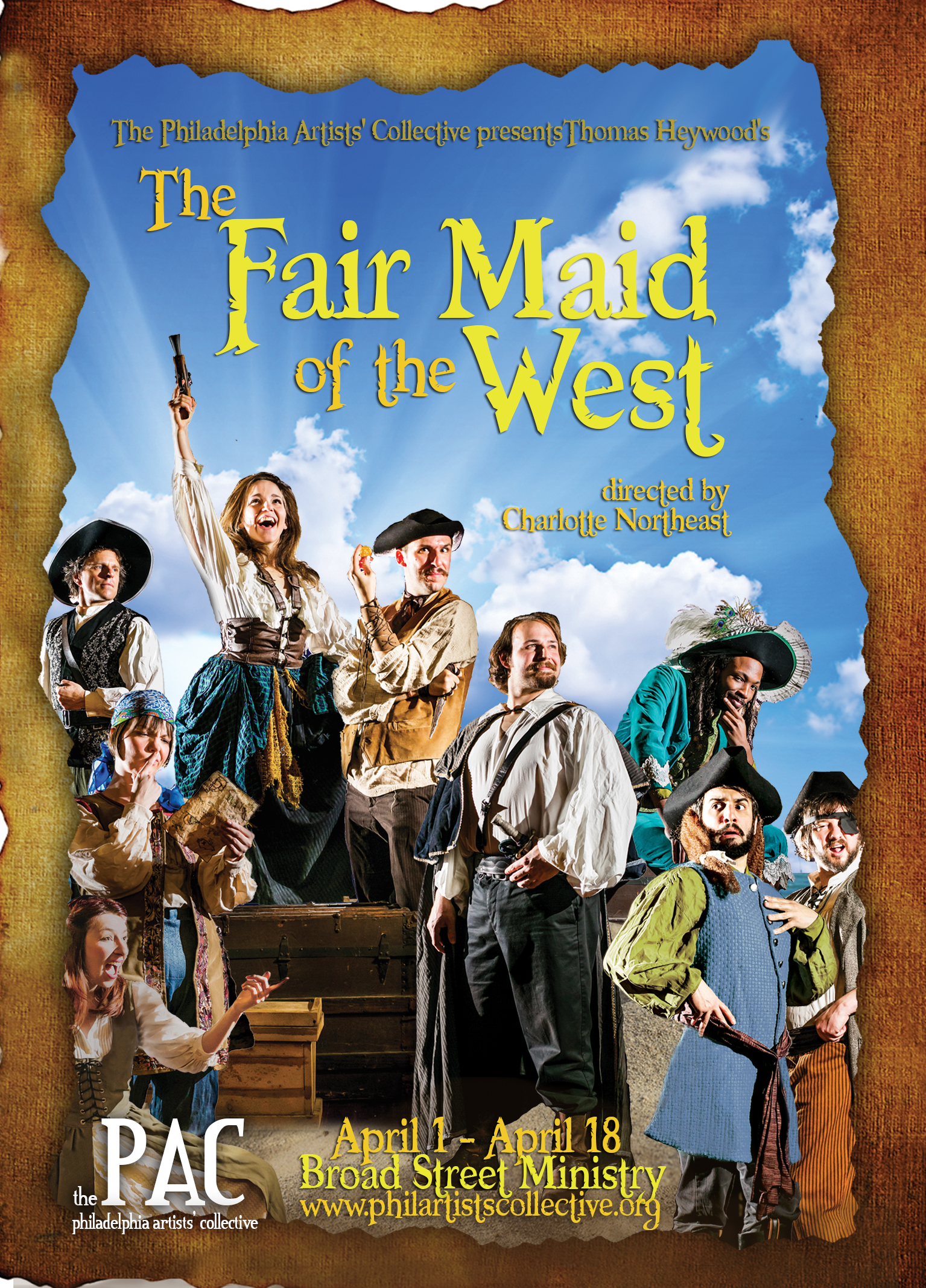 Guts and glory storm the stage in full leather boots as The Philadelphia Artists’ Collective (PAC) embarks on a sweeping adventure tale with Thomas Heywood’s The Fair Maid of the West at Broad Street Ministries (315 S. Broad Street).  This long-submerged theatrical treasure rides the waves with dashing heroes, treacherous villains, plucky heroines and love on the high seas. Charlotte Northeast directs a well-known cast lead by Barrymore Award winner Rachel Camp as Bess, the Fair Maid of the West who will stop at nothing to be with Adam Altman’s Spencer.  There’s love, danger and enough buffoonery to warm any heart. 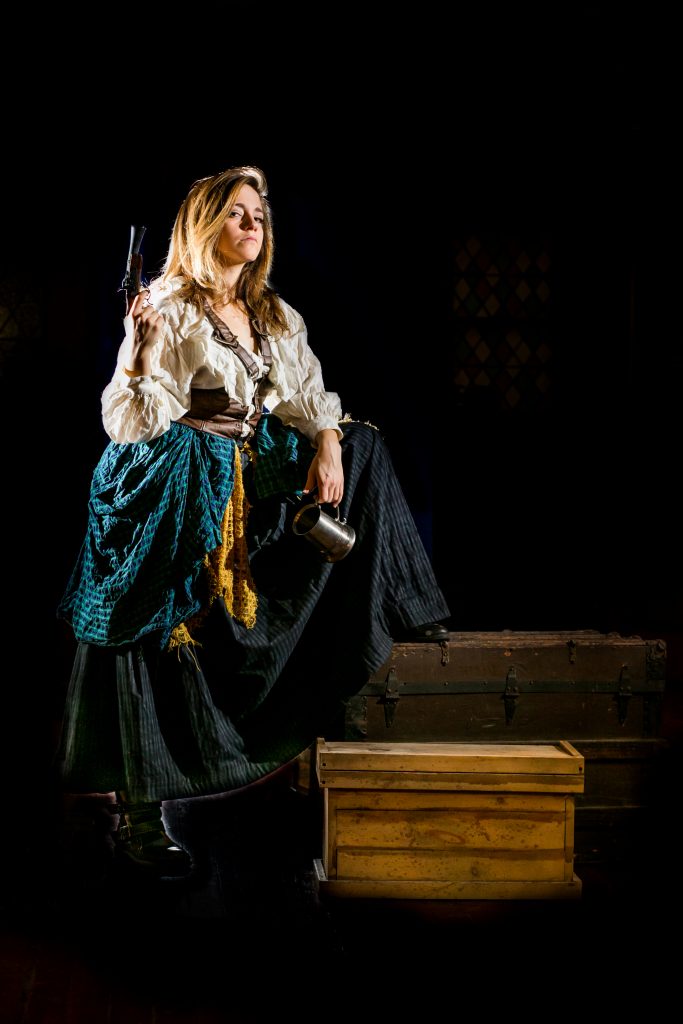 This English Renaissance comedy, dating back to the late 1500s, uproots traditional gender roles of the early Modern Period as a barmaid with a heart of gold wields a sword, outwits her enemies and becomes a pirate queen.

“In a time period filled primarily with roles for men, this Elizabethan feminist tale explores the idea of what women’s roles should be verses women’s roles as defined by their dowries, their virginity and their heritage,” said director Charlotte Northeast. “The “Fair Maid of the West” I’m going to direct is about a woman who betters those around her by her actions, by her intelligence, her cunning and her awareness that the world she inhabits can be changed. Amidst the sword-fighting pirates, silly accents and general antics is a strong, amazing heroine that remains true to herself and her beliefs.”

Bess Bridges is a boisterous barmaid that fends off the constant advances of rowdy sailors passing through England’s southern seaports. She falls head over heals in love with the well-spoken Master Spencer, who gets in a bar fight and kills to protect her virtue. Spencer flees town, though Bess believes him to be dead. After a cross-dressing turn at taming a local bully, Bess sets sail for an exotic sea journey to reclaim Spencer’s body. The two reunite and are married as their unshakeable love perseveres.

The Philadelphia premiere of The Fair Maid of the West was adapted and is directed by Charlotte Northeast (PAC’s Creditors, Passage Theatre’s State Street Project), and stars Rachel Camp (Into the Woods at Theatre Horizon, How to Succeed in Business without Really Trying at Walnut Street Theater) as Bess; Adam Altman (Mary Stuart and The Sea Plays at the PAC) as Spencer; Robert DaPonte (The Pillowman at Luna Theater, Pride & Prejudice at People’s Light & Theatre Company) as Clown #1; Christopher Fluck (Grace at Luna Theater Company) as Goodlack; Dan Hodge (Changes of Heart and Creditors at the PAC ) as Roughman, Jennifer MacMillan (The Exit Interview at InterAct) as Fawcett/Alderman; KC MacMillan (director of Doubt, Arcadia, and The Beauty Queen of Leenane for Lantern Theater Company) as Clem;  Brandon Pierce (Milk Like Sugar at Simpatico Theatre Project, Macbeth at Revolution Shakespeare) as Carroll/Mullisheg/Mayor/Surgeon; and Eric Scotolati (The Sea Plays and Blood Wedding at the PAC, Twelfth Night by Commonwealth Classic Theatre Company) as Clown #2.

Love Roman History? The Penn Museum is Hosting an Event Complete With Gladiator Fights
Your Official Guide to Easter Events in Philly