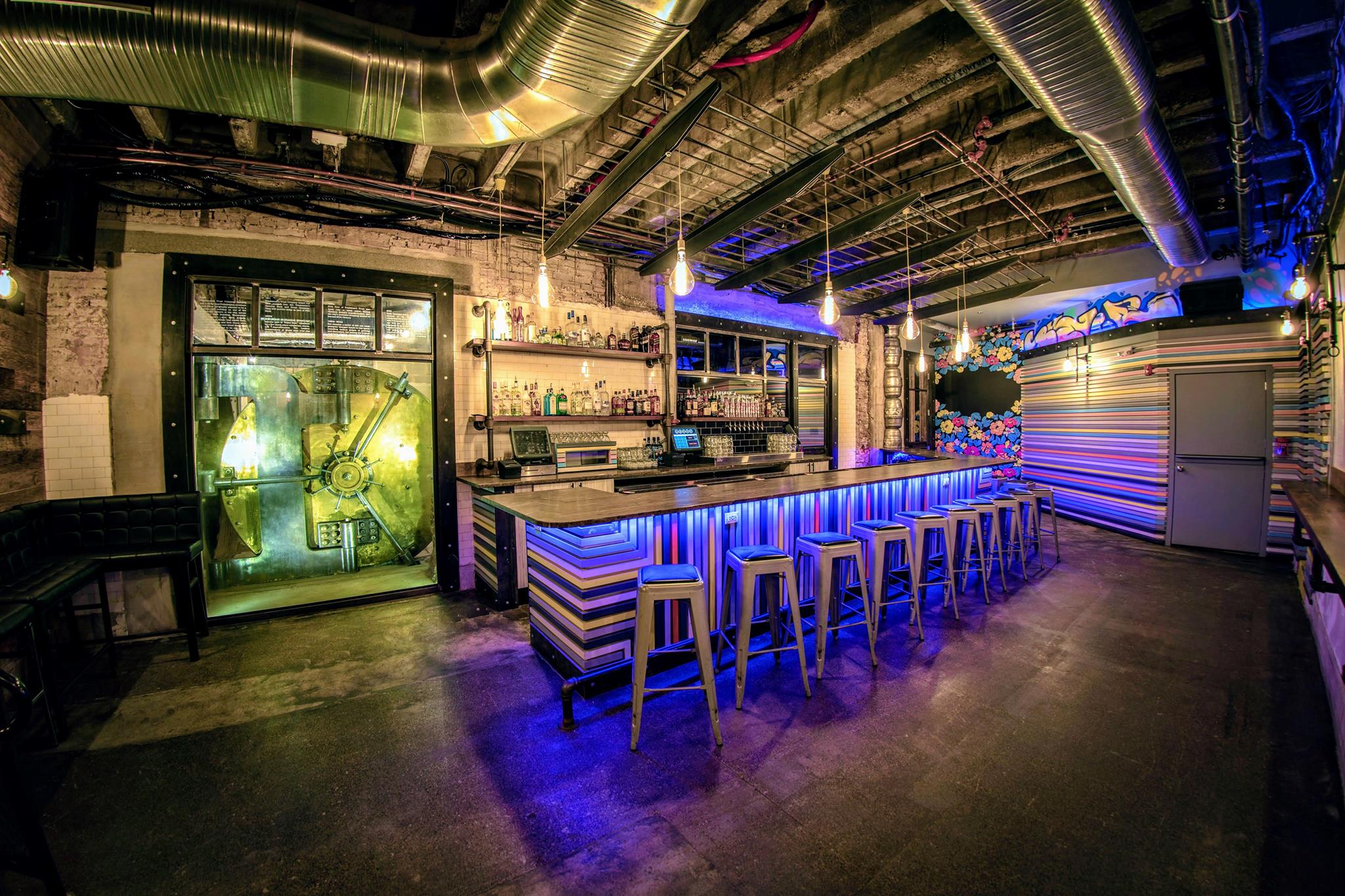 Kontrol, the All-New Secret Hidden Underground Bar is Opening Up in Midtown Village This Weekend!

Kontrol, the All-New Secret Hidden Underground Bar is Opening Up in Midtown Village This Weekend!

Kontrol is a secret passage bar and eatery that connects the underground world of U-Bahn with the undercover world of new bar that will be announced soon that will have an entrance off of Juniper Street. The three bars will create a trio of bars nicknamed the U-Bahn Trilogy. 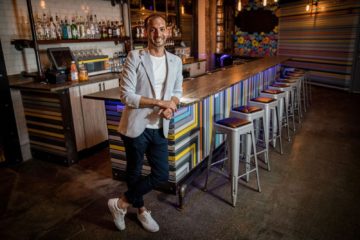 Kontrol is a secret bar that was a secret in the making. The idea started when U-Bahn first opened in 2015. Teddy Sourias (ownder of U-bahn & Bru Craft & Wurst) and Craft Concepts wanted to expand and invest even more in Midtown Village.  Teddy decided to buy out the lease at the adjacent property for what would become Tradesman’s upstairs and Kontrol downstairs.

As a fitting roll-out for a secret bar, Kontrol was a year under construction. Upstairs, while Tradesman’s was being built, Kontrol was also a work in progress deep under the street level. Teddy wanted to create something unique and special where he could take his time. He also wanted to let his team develop the concept and be low key – and announce the bar when it was finished and ready for its debut.
Craft Concepts Group and Teddy Sourias announce the grand opening of Kontrol this Friday, September 7 and Saturday, September 8, at 9:00pm nightly.

Everything You Need to Know About Kontrol

Hours of Operation
Fridays and Saturdays 9:00pm to 2:00am
Seven days a week for private events, parties, game watching
Expanded hours after the fall to more hours/days of the week
SQUARE FEET:

Bar counter is standing room only with bar stools available for events, 20 stools at the bar, and black leather high-top couches that seat up to 12.

Kontrol features late night kitchen menu to start for when the kitchen at Tradesman’s and BRU winds down – for a selection of upscale bar bites and sandwiches created in the Craft Concepts Group kitchen. Look for snacks like German pretzels and fresh cut fries, to pulled pork smoked in-house from Tradesman’s, to house-made Bratwurst from BRU Craft & Wurst. Kontrol also features an exclusive new burger and spicy chicken sandwich. The menu is designed to appeal to the late night crowd that might miss dinner hours or wants to eat before a night on the town.
DRINK:
Craft Concepts Group will offer a selection of cocktails, exclusive craft beers and cider, house wine and craft cans/bottles. Kontrol was designed to expand cocktail offerings for the group and put cocktails in the spotlight. BRU Craft & Wurst focuses on German beers, Tradesman’s focuses on Whiskey (along with American beer and cider), Cinder Copper & Lace focuses on ciders and sours, Uptown Beer Garden focuses on all-exclusive house-designed craft beers and ciders, U-Bahn focuses on all things local and statewide with mostly local craft drafts and spirits, and Kontrol will now showcase and spotlight cocktails. The cocktail list was created by Craft Concepts Group’s Alexis Alman who is an experienced mixologist and also the current general manager of Tradesman’s.

Kontrol will feature an exclusive new CCG beer that is in production and will be announced later in fall. That will replace Kenzinger on the draft lines. This wasn’t announced anywhere else.

An approachable list of hip and fun modern cocktails that heavily draw from local distilleries and showcase seasonal ingredients.  The list was designed to be youthful and match the playful decor and the vibe of the bar. They pair with the food menu and accentuate the beer and cocktail list at U-Bahn. They continue the thread from U-Bahn which focuses on local sourcing – with local spirits as the focus and locally designed exclusive beers.
INTERSECTION OF CRAFT CONCEPTS:

Kontrol is located below the Tradesman’s Trust Building and is the secret connecting hub of the two buildings that house U-Bahn, BRU Craft & Wurst and Tradesman’s. Kontrol allows passage internally from BRU and U-Bahn, through to Tradesman’s and a future bar next door Verdeckt. Kontrol will serve as the Kontrol (control) room for all nightlife, entertainment and major events hosted by the company – and be the next stop after BRU and Tradesman’s for dinner, but before U-Bahn for late night DJs and live entertainment. Once in the complex, a guest can now travel through the secret Kontrol bar to get to all internal CCG entities.

The Tradesman’s Trust building was erected in 1906, originally planned as a 12 story high rise, intended to complement the luxury buildings occupying the other three corners of the block- The Hale Building, Mint Arcade, and Wanamaker’s Grand Depot.  The Tradesman’s Trust folded in September, 1911, but the current inhabitable space retains many flourishes that will be retained and built upon in our construction, including stately marble edifice, terrazzo floors and theater-style relief ceilings in the first floor.
VIBE AND DESIGN:
Kontrol is a colorful and playful spin off of U-Bahn, which was modeled after the Berlin and European subway systems many of which feature bright and vibrant colors, unique architecture and original art. Kontrol takes the U-Bahn design to the next level – incorporating industrial elements like the polished concrete floor, exposed beams, original brick from the turn of the century and original historic tiles from the Tradesman’s Trust Building. High above the beams find original street art and graffiti by local Philadelphia artists. The colorful wood slats are designed to resemble the flashes of light as the U-Bahn trains coast down the tracks and into the distance. The twenty-five feet bar is made from granite – with up to 20 industrial bar stools surrounding it.

The showpiece of Kontrol is the glassed wall that spotlights and allows viewing of the original door from the cellar vault that housed the money in the Tradesman’s National Bank and Trust Company. Kontrol also features a wall-size mural selfie wall that is reminiscent of a an underground secret garden.
ARCHITECT:

Kontrol will be available for private events, parties, meetings, networking mixers and game day watching (with an HD oversized TV on the wall facing the bar).

South Philadelphia Tap Room Is Throwing a Block Party to Celebrate 15 years in the Bizz
Everything You Need to Know About The Keystone Comic Con Happening This Weekend!