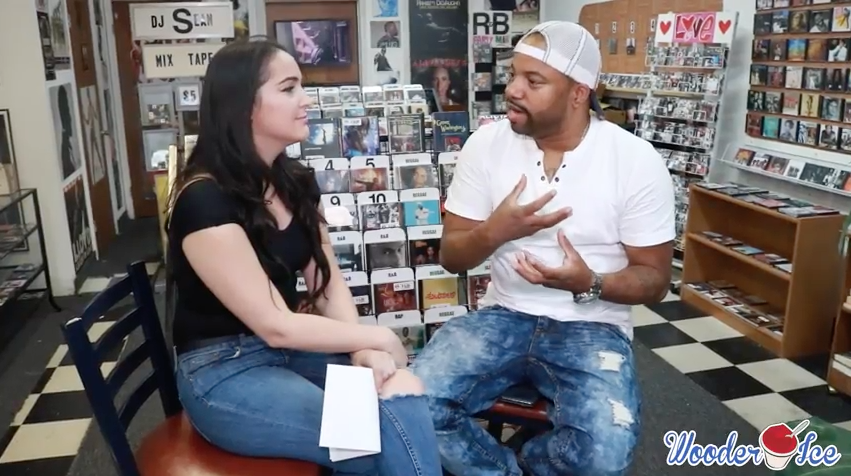 From about 1918-1930 the neighborhood of Harlem, NY was the epicenter for black culture. Musicians, poets, entertainers and entrepreneurs contributed to what became known as the Harlem Renaissance.  Although the world may never again see a collective of trailblazers working shoulder to shoulder, sparks of renaissances in the genres of music and writing have breathed new life in other regions throughout the country.  Hitting close to home, Philly which has been known as a hotbed for the hip hop culture, has produced some of the most talented artists to ever touch a mic. Yet no major rap labels or platforms have called Philly home.  However, local author/entrepreneur Jimmy DaSaint is looking to pave the way.

To understand where Jimmy DaSaint is going we must first understand where he has been.  A self confessed ex-drug dealer, Jimmy was convicted for a non-violent drug offense and was sentenced to 10 years in federal prison.  A decade behind bars is libel to make the average man buckle. What made this sentencing even harder to digest was the fact that Jimmy DaSaint was poised to make a splash in the music world.  At the the time of his conviction, Jimmy was managing State Property members Oschino & Sparks.  It wasn’t long before the duo signed with State Property which was ultimately put on my the God MC  himself, Hova.  Jimmy’s former artists flourished in the spot light and Philly was going through an unprecedented hip hop run.  Aside from State Property, Eve was cranking out hits and Cassidy was destroying MCs, Mitchell & Ness was the hottest thing in street wear and A.I was introducing the NBA to true hip hop culture.

While Philly was burning hot under the hip hop spotlight, Jimmy DaSaint was cooling off in federal prison.  It was here that he not only linked up with one of the biggest drug traffickers U.S history, Freeway Ricky Ross but also found his calling in life.  The two become tight behind bars as friends and work out partners.  Jimmy knew he couldn’t just do his bid without bettering himself.  He began to take classes with Penn State professors and started to write.  Eventually with the help of Ricky Ross he went on to produce is acclaim book Black Scarface.  This ultimately led to a book deal and it didn’t take long for Jimmy DaSaint to realize his talents as a hip hop novelist.

Eventually Jimmy was released from prison.  Upon returning to Philly, Jimmy knew he wanted to do something to push the hip hop culture in the city that had waned since the dismantling of the Roc-A-fella empire.  After strategic talks with an out-of-towner that was organizing a Philly Hip Hop Awards show, Jimmy DaSaint took the event over and brought it to another level.  Leveraging his industry connects, the Philly Hip Hop Awards has gone on to become the city’s top music awards show.  Looking to showcase Philly’s top talent, the Philly Hip Hop Awards has become Philly’s own Harlem Renaissance with a hip hop twist.  An event where writers, musicians, entertainers, producers, promoters and just about every industry that influences the culture is under one roof and for one night Philly becomes one and celebrates its achievements.

As an artist manager and promoter of events, Jimmy still finds time to push his books.  Already with 24 published books under his belt, his writing prowess has allowed him to become one of the most successful “street novelists” in the country.  It seems that any lane Jimmy can swerve in, he’s conquering it.  His drive and determination to push the culture forward and do so with a flawless game-plan backed by pure hustle has been a tremendous benefit to the local music scene as well as those inspiring to become authors and entrepreneurs.

We caught-up with Philly’s ” hip hop renaissance man” at The Music Studio situated in the heart of Germantown on the corner of Green & Rittenhouse.  Owned and operated by DJ Sean, it was the perfect backdrop to discuss with Jimmy DaSaint his past, present and future.  Check out our exclusive interview and see how Jimmy DaSaint is leading the charge.

Whoa! A Pop-up Beer Garden “Bar 57” is Coming to the One Liberty Observation Deck!
Monk’s Cafe Will be Serving the World’s Rarest Beer! Who Wants to Try it?