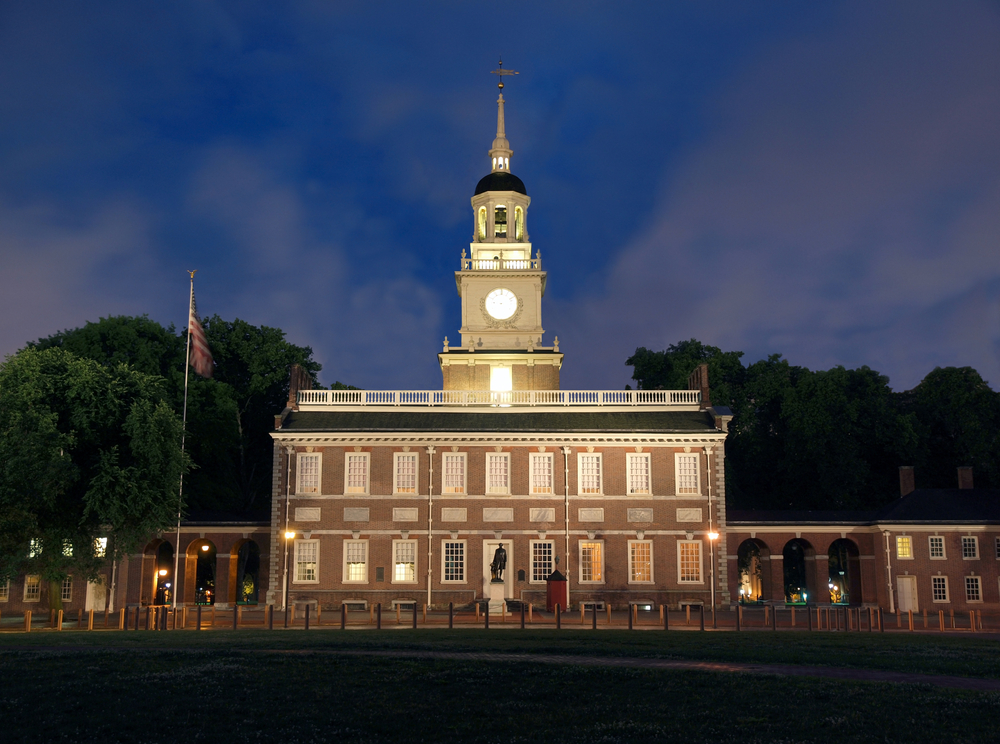 Independence After Hours is Back With Night Time Tours and Dinner

Philadelphia has its fair share of tours.  We have traditional tours, carriage tours even haunted tours.  However, we came across this pretty cool tour for those looking to get a little touristy yet not corny.  The Independence After Hours is evening your that gives probably the most authentic feel of that it was like when Thomas Jefferson, Washington and Ben Franklin were roaming around the streets of Philly.

Starting at the Visitor’s Center, “Independence After Hours is the only tour of its kind.  It takes you on a realistic journey back to 1776. After an 18th-century-inspired dinner at historic City Tavern, and a visit by Thomas Jefferson, the group sneaks into Independence Hall where they eavesdrop on Jefferson, John Adams, and Benjamin Franklin discussing the Declaration of Independence.”

After walking and touring, chances are you’ll work up an appetite and what spot in Philly is more authentic and best fits the ambiance than City Tavern?  This is no ordinary restaurant, the City Tavern history is as rich as any landmark in Philadelphia. In fact City tavern was the unofficial meeting place of the delegates before and after sessions of the first Continental Congress, convened at nearby Carpenters’ Hall. George Washington, Thomas Jefferson, John Adams, Richard Henry Lee and Peyton Randolph are among the participants. Pretty much a who’s who of the time has dined and drank here.

As part of tour you’ll get to dine in the same hallowed walls that the country’s founding fathers.  The menu is pretty impressive as well.  This year’s Independence After Hours menu includes:

A freshly prepared dessert is crated daily in City Tavern’s on-premise bakery by their Pastry Chef.

The whole experience will only set you back $85 for the full tour and dinner.  Kids 12 and under pay $55.  For more info click here.

Continue Reading
You may also like...
Related Topics:independence after hours, tour