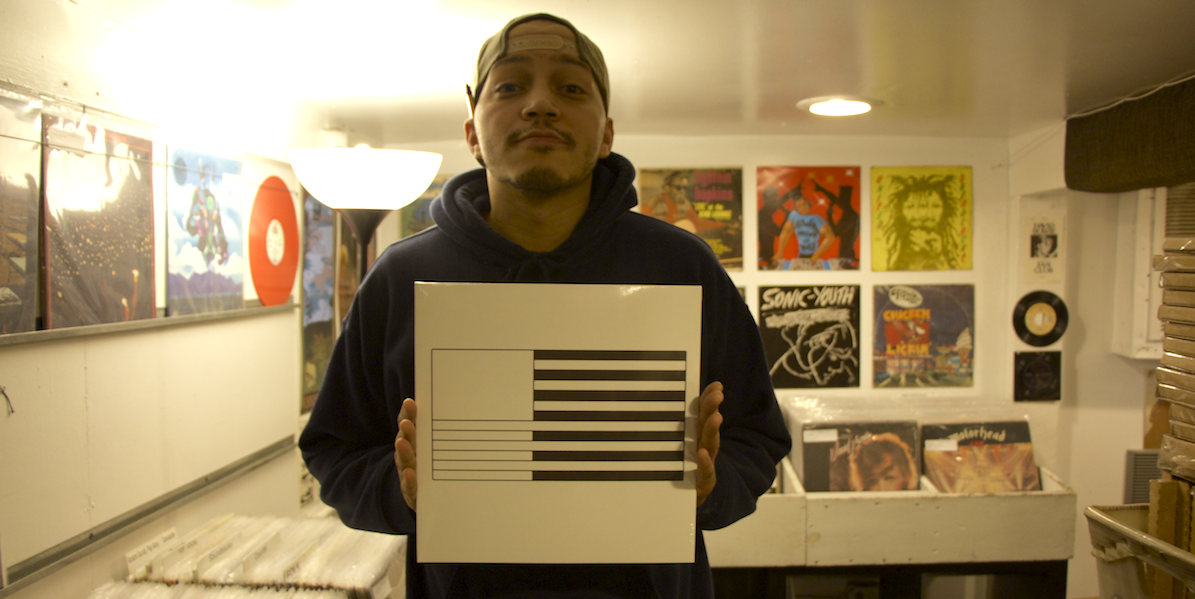 Travel to just about any block in the Fishtown area and you’ll run into a bar showcasing live music.  Each venue has their own unique atmosphere and personality. Whether it’s The Fire on Girard Ave, Kung-Fu Necktie under the El, or Johnny Brenda’s one thing is for certain they are all Philly.  Displaying the best up-and-coming talent that this city has to offer, Fishtown is a hotbed for the bubbling independent music scene. 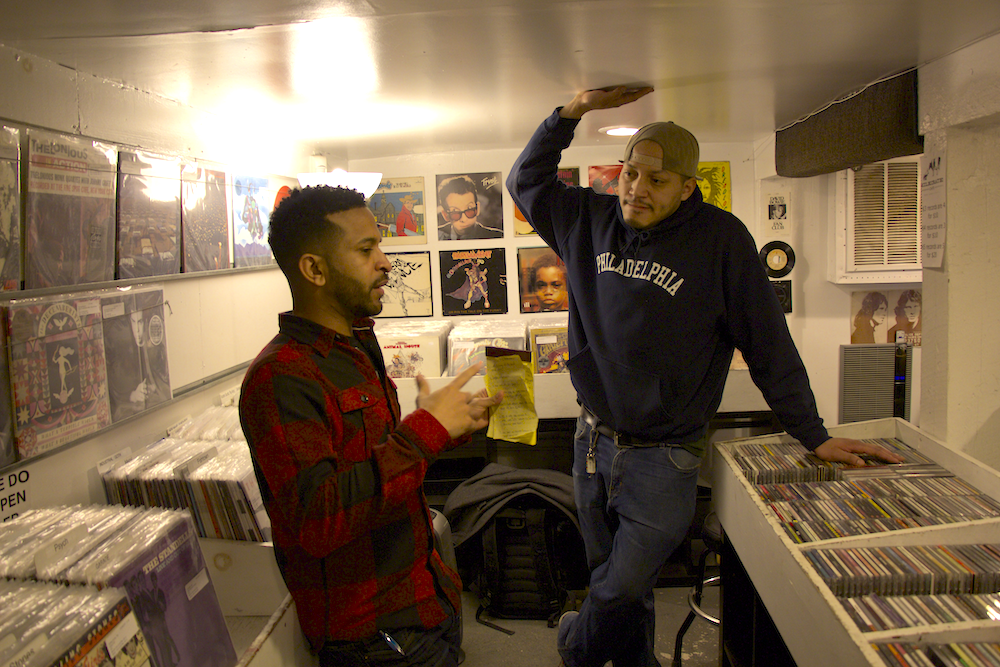 One band in particular that calls this area home is Chalk and The Beige Americans.  This four-man group is comprised of a half black-half white lead singer and guitarist, David “Chalk” Mayers Jr, white bassist Dave Kasper, whites sax player Ceilidh Madigan,  and white drummer Rich Breazanzo.  However, playing off the racial make-up of the group, the white guys became “beige” while their mulatto lead singer became Chalk. “It’s a joke play on the fact that I am half black and half white,” explains Chalk. “The guys I play with are white dudes ‘The Beige Americans’ are the band they’re white and I am ‘Chalk’ because chalk is traditionally white.  Just kind of a flop play on the idea.”

Although the race friendly philosophy of the band may seem like a marketing ploy, this band is all substance.  With a plethora of bands out here to listen to, these guys are the real deal when it comes to a true Philly sound and energy.  Heavily influenced by Motown, add in some funk, a dose of De La Soul, and a dash of Philly’s own G-Love, Chalk and The Beige Americans are a recipe of everything there is to love about music. Their latest project which is self-titled showcases their talents and diversity. Just released on special edition vinyl as well as iTunes you’ll hear slow melodic heartfelt tracks such “Lost at Sea” as well us uptempo catchy trucks such as “Capal.” 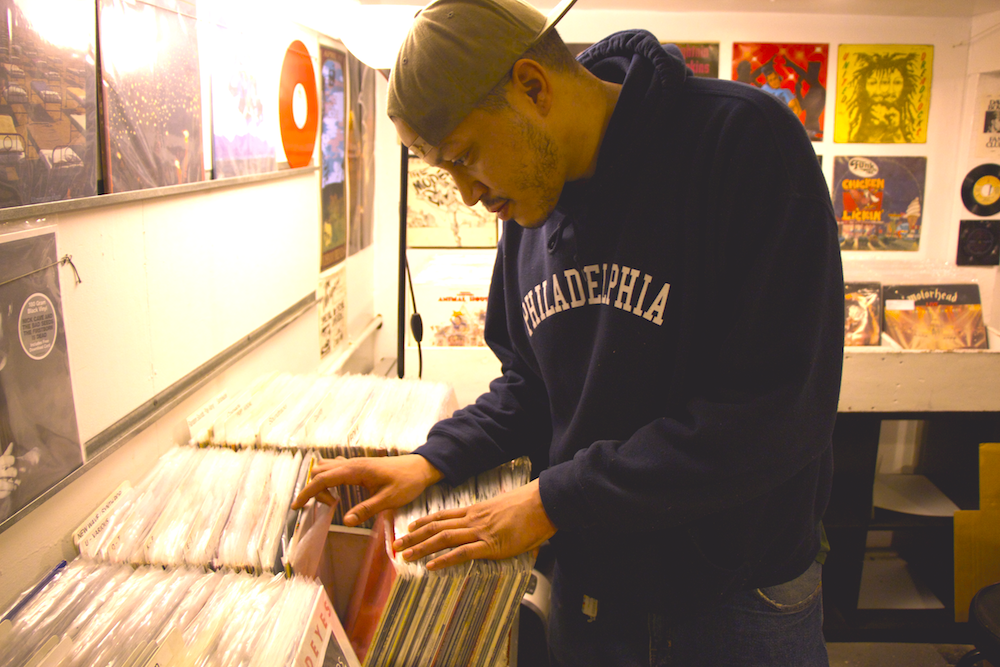 Chalk digs through the crates looking for new sources of inspiration

The entire EP is easy to listen to with hints of just about every main genre in music. However in order to hone their sound and create their identity Chalk and The Beige Americans have gone the past 5 years playing for the always tough and unyielding Philly music fans.  In a town that is quick to give you their raw opinion, this band has pretty much flourished in the underground band scene. As Chalk would describe it, “If you really want to get your rocks off and juice your ego Philly is not the city.  It’s a very humbling city.  You’re going to play to four people a lot, like more than you’re going to play to 400.”

One thing Chalk has witnessed while paying his dues, is the growth Philly has experienced in not only producing talent but drawing new and fresh talent to the city.  However, Chalk still feels Philly has a lot more to prove to the music world which he feels views Philly as more of a step-child than a full blooded sibling.  “We’ve been ice skating uphill for so many decades but I feel we can never get a grip with being the big guy on the block,” as Chalk puts it.

Armed with their new EP, Chalk and The Beige Americans are not only looking to carve out a place for themselves in the industry, they are also looking to shed more light on Philly’s emerging talent.  “I think our message is to have fun, totally have fun but I want Philly to be a bigger thing like boom we’re here.”

You Can Download Tracks From Chalk and The Beige Americans